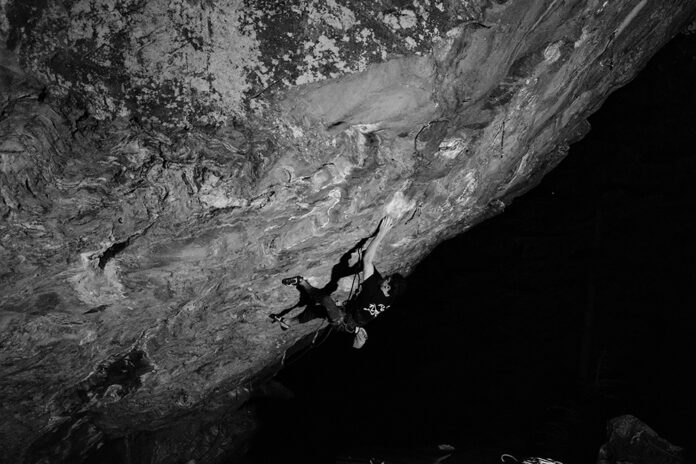 British rock climber Hamish McArthur has repeated Hunger (9a) at The Anvil, Loch Goil, Scotland. First ascended in 2010 by Malcom Smith, it has previously been repeated only by Dave Macleod and Will Bosi.

On Wednesday the 14th of September 2022 British rock climber Hamish McArthur repeated Malcom Smith’s Hunger at the Anvil above Loch Goil. Scotland’s first 9a was established in 2010 by Malcolm Smith, who in 1992 carved his way into climbing history by powering his way up Ben Moon’s Hubble to claim the coveted second ascent. Both Will Bosi and Dave Macleod have previously repeated Hunger, and McArthur’s is now the fourth ascent.

The 21-year-old, third at the 2021 Lead World Championships, recounted: “For me, this trip to the Anvil was a marker that the very long competition season was finally coming to an end. I was tired of having to perform and felt the need to disappear into the woods for a few days. Both the place we camped and the route itself were beyond beautiful. The Anvil is this perfect 60-degree overhanging sheet of rock hiding itself in the forest by loch Goil. It’s hard not to be inspired when looking up, especially as Hunger follows the perfect line straight up the middle of the overhang.

We arrived late afternoon on day 1, and climbed into the night with head torches. After a questionable night sleep suspended from tree, and a hearty bowl of Scottish oats I was ready to start redpointing. 3 times that morning I climbed through the first crux smoothly, and each time I dropped the 2nd crux by a hair. I unwillingly made myself rest for a good few hours, then in early afternoon did some star-jumps and prepared for the send.

I set off much more relaxed this time, smiling on the rests and enjoying the anticipation of one again arriving at the 2nd crux. I told myself to squeeze harder, and thankfully I wanted it enough to scream my way through the hardest moves on the 4th redpoint attempt. The route was a joy to climb, and most importantly I feel refreshed and ready to put my head down to get strong over winter.”

Nepal Could Transfer Everest Base Camp Off the Khumbu Glacier

Outside Tenting Tents Market to Witness Speedy Progress by 2027

Why You Ought to Put money into DICK’S Sporting (DKS) Proper...