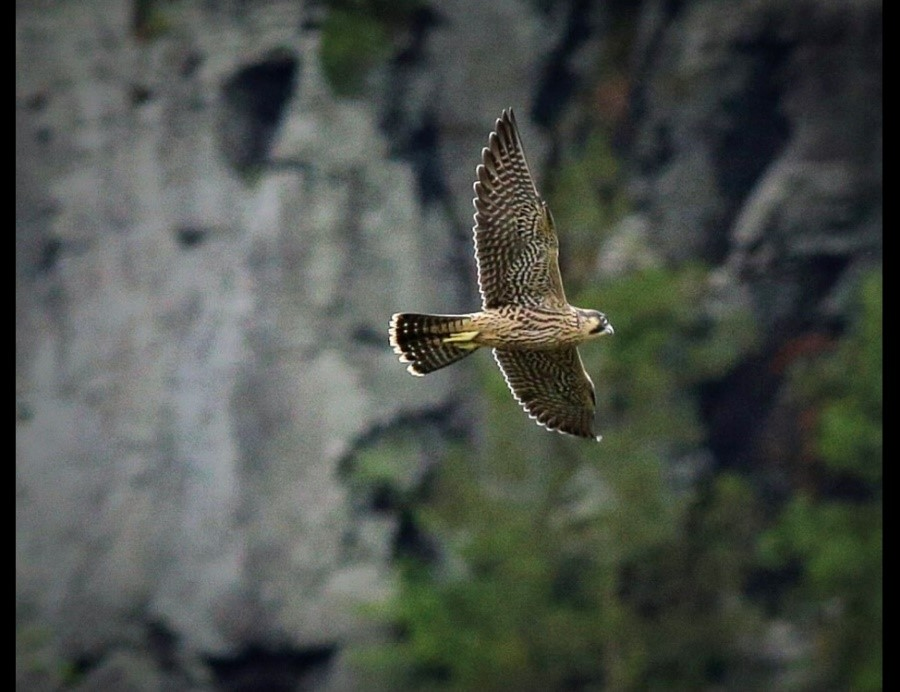 After raising the first successful fledgling at Harpers Ferry in 70 years, a pair of peregrine falcons have returned once again to nest on Maryland Heights in Harpers Ferry National Historical Park.

To provide the peregrine falcons with adequate space for nesting, the National Park Service will close portions of Maryland Heights from February 16 to July 29, 2022.

The closures include several rock outcroppings near the overlook and the following climbing areas, including

All trails on Maryland Heights and the Union Walls climbing area will remain open. Closed areas will be clearly marked with signs and fencing.

Peregrine falcons are a sensitive species and had not successfully hatched chicks at Maryland Heights in several decades prior to last year’s success. In spring 2021, the peregrine couple produced three hatchlings, but only one chick survived the vulnerable newborn phase and successfully fledged.

Human interference, especially during the nesting phase, can drive off mature falcons, cause abandonment of the nest and result in the loss of eggs or death to fledglings. NPS staff asks that people respect closures to give the peregrine falcons a safe habitat to breed and nest.

For more information about peregrine falcons at the park, visit go.nps.gov/HFfalcons.

Sign up to receive a FREE copy of West Virginia Explorer Magazine in your email weekly. Sign me up!

The Laid-Again Adventurer’s Information to Out of doors Expertise