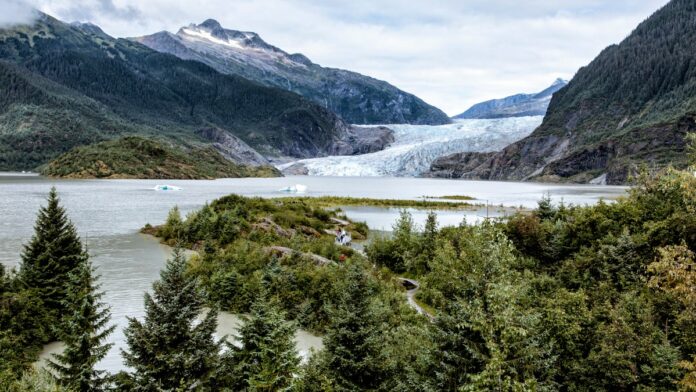 Have you ever gazed out over a breathtaking landscape and wondered to yourself, “Why isn’t this a national park?” Us, too.

With a monumental increase in funding heralded by the passage of the Inflation Reduction Act back in August, the National Park Service is perhaps more poised than ever to add new public lands to its current roster. The NPS and Bureau of Land Management are slated receive an additional $500 million to address habitat restoration and climate change resiliency over the course of the next ten years, and given the proven impact of unmarred landscapes on carbon sequestration and the safeguarding of biodiversity, we have a humble suggestion for how that money might be best spent: designate a few new national parks.

We’ve already written about which potential areas are getting close to that coveted “national park” label from a legislative perspective, and since then, the Sierra Club’s Delaware Water Gap initiative has released a proposed map and boundaries for the new park and preserve.

While we sincerely hope that Delaware River National Park and neighboring Lenape Preserve soon become a reality, we’ve got a few more spots on our wishlist. Some are high-traffic areas that could benefit from the additional financial resources and infrastructure that a re-designation could bring, some are forests that we’d prefer to see protected under the Department of the Interior, and some, well… are just jaw-droppingly gorgeous.

The smattering of state parks lining the central California coastline where famed Highway 1 meets the wide open blue of the Pacific Ocean is having an identity crisis. The area, which is known for its premier vistas of aquamarine surf, historic Bixby Bridge, old growth redwood forests, and cliffs spilling into the sea, has reported a surge in visitation since the advent of social media, drawing nearly six million visitors each year. If it were deemed a national park, these numbers would land the quirky coastal haven at number two on the most-visited list, right between Great Smoky Mountains and Zion.

The Community Association of Big Sur is currently working to develop a destination stewardship plan, with sustainable travel (like adding shuttle buses and park reservation systems) at the forefront. Though federal legislation to preserve the coastline as a national scenic area was shot down in the 1980s, with its national park good looks and average annual tourism, a re-designation for this beloved bohemian enclave could help fund much-needed access upgrades.

The record-low water levels in Lake Powell have dominated news headlines this year, with many conservationists patiently awaiting the return of Glen Canyon’s (the area beneath the dammed reservoir) previously buried terrain. The tributary canyons’ native willows, narrow, rust-red ravines, and wildlife like beavers and Mexican spotted owls are beginning to repopulate the landscape, a move which scientists are certain will continue until the reservoir, now only a quarter full, shrinks completely.

So far, there is support for Lake Powell to be drained and renamed Glen Canyon National Park, a move that would surely delight the late author Edward Abbey. The Editorial Board of the Salt Lake Tribune writes that a re-designation would not only boost the local economy, but also shift visitor use away from lake-centric activities, as next summer’s water level almost certainly won’t reach the boat launches.

Called out as a likely candidate for a status upgrade by the chair of the Senate Subcommittee on National Parks, Maine’s own Angus King, Katahdin Woods and Waters National Monument boasts some sincerely awe-inspiring sights within its 87,563-acre footprint. Among them are a series of crisscrossing streams and rivers perfect for kayakers and canoers and a series of on-trail lean-tos and mountain huts that would make any backpacker giddy.

With Acadia National Park garnering a record 4.07 million visitors in 2021, naming a second national park in the state of Maine could help take some of the pressure off. Plus, with well over half the country’s population residing in the eastern U.S. and the majority of national parks tucked away in the West, the push to re-designate more public lands near the wild Atlantic is more pressing than ever.

The National Parks Conservation Association listed the Avi Kwa Ame or Spirit Mountain National Monument as one of its six current priorities for NPS designation. This proposal, which is supported by a coalition of Tribes, local residents, conservation groups, and the Nevada Legislature, aims to create a new national monument, spanning nearly 450,000 acres. Plus, with Interior Secretary Deb Haaland visiting in September, the area is already in the national limelight.

If the proposal is enacted, the site would permanently protect Spirit Mountain and its surrounding areas, which are culturally significant to Yuman-speaking Tribes, as well as the Hopi and Chemehuevi Paiute. It would also provide a vital link between existing public lands, creating a safeguarded corridor for desert bighorn sheep and desert tortoises between Nevada’s Lake Mead National Recreation Area and the Colorado River Plateau, as well as the Mojave National Preserve, Castle Mountains, and Mojave Trails areas on the California side.

In May 2021, President Biden laid out his plan for conserving 30 percent of U.S. lands and waters by 2030, a feat that would require the country to protect an additional 18 percent of its landmass. The initiative is designed to not only help in the fight against climate change but also to safeguard America’s biodiversity by warding off massive species loss. If the president is serious about his goal, it might be time to start designating parks with carbon sequestration in mind.

At roughly 26,000 square miles, the Tongass National Forest is the largest intact temperate rainforest in the world. It’s also the largest national forest in the U.S., home to calving glaciers, migrating whales, salmon-feasting grizzlies, and the aptly-named Misty Fjords. Not only would permanently protecting the area as a national park shut down old growth logging initiatives, it would also secure a culturally significant place for the Tlingit and Haida Peoples of Southeastern Alaska.

Enormous sandstone cliffs, craggy monoliths, soaring eagles, and agile bighorn sheep combine to make Colorado National Monument the stuff of outdoor lovers’ daydreams. And, if you look at visitation numbers alone, the area already receives the annual crowds of a mid-tier national park, like Denali, making it among the most-visited monuments in the country.

Cementing this striking red rock ravine as a full-on national park could draw more funding to improve access to fan favorites like 23-mile Rim Rock Drive and its 43 miles of hiking trails, and might also relieve the strain of growing visitation on Utah’s “Mighty Five,” which have become mighty crowded in recent years.

“I am Nonetheless Alive however Sh*t Is Getting Wild”: Contained in...

White Home proclaims revival of Federal Interagency Council on Out of...

The Leg on the Backside of the Sea