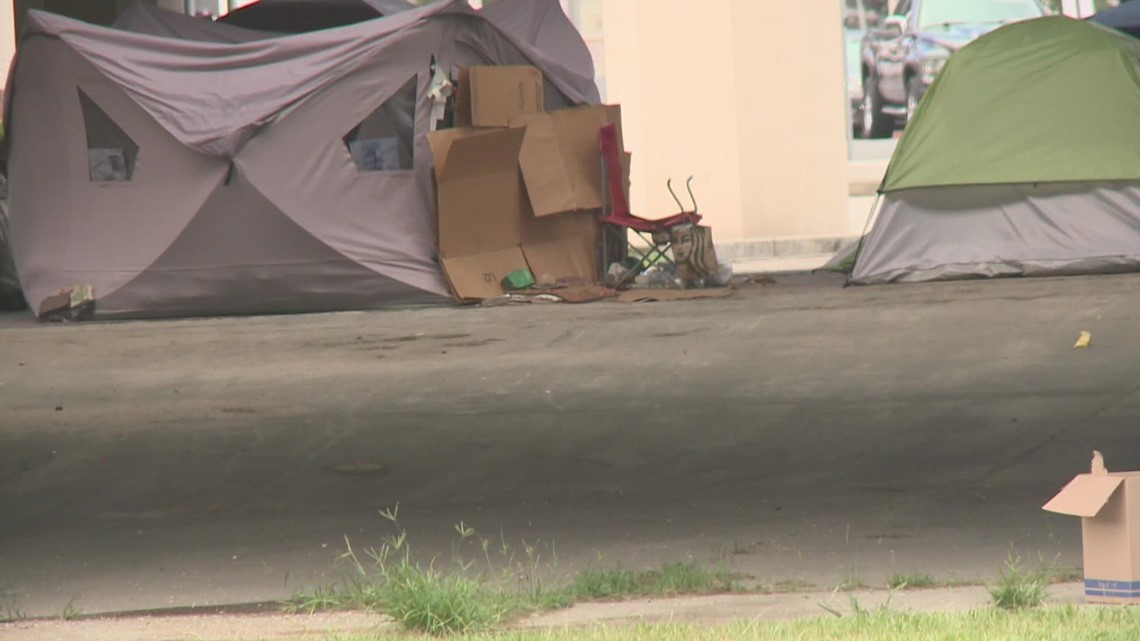 During the peak of the pandemic, many homeless people were housed in hotels, but that aid is ending and ending.

NEW ORLEANS — In recent months, the number of homeless people in New Orleans has risen, according to a nonprofit leader. She believes this is partly due to a resource issue as housing assistance provided during the pandemic has ended.

“We can see every day that there are people who have been made homeless and are showing up on the streets and in shelters who were not homeless last week,” said Martha Kegel, executive director of UNITY of Greater New Orleans.

According to UNITY, as of January 2020, 555 people lived on the streets of Orleans and Jefferson parishes. That doesn’t include those in shelters. At the start of the pandemic, many were housed in hotels, bringing the number of homeless on the streets down to 30 as of June 2020. In February 2022, Unity counted 364 people living on the streets.

“We have shown that when we have access to resources as we have during the pandemic, the numbers have come down sharply and they are still not back to pre-pandemic levels, but at the rate things are developing, they are they be there,” Kegel said.

She said UNITY has been working with those staying in hotels during the pandemic to help them emerge from homelessness.

“We didn’t just put people back on the streets after that, we actually put them in apartments and ended their homelessness,” she said.

In another attempt to add more shelters, the city of New Orleans last year added 200 beds to its downtown low-threshold shelters.

“For a total of 300 beds. These beds make a big difference because this is a sanctuary where a lot of people who sleep outside and may have a lot of mental challenges are still often willing to stay,” Kegel said.

“Study after study has shown that an acute shortage of affordable rental housing is the number one reason for homelessness nationwide, and that’s certainly true in New Orleans as well. People tend to focus on the fact that many homeless people may have mental illnesses or substance abuse problems or other vulnerabilities, and that’s often true, but that doesn’t explain homelessness,” she said.

Pandemic related resources are not as plentiful as they used to be.

“The problem will get worse if we don’t get more resources. It’s a resource issue,” Kegel said. “We’ve shown time and time again that rental subsidies and case management work, and we don’t have enough of that at the moment.”

“A great first step in acknowledging that this is a problem,” said Chelsea Nelson, PhD, who wrote her dissertation on homelessness.

Nelson received his PhD from the UN in December. For her dissertation, she interviewed 323 homeless people in 15 cities. She asked them how they thought homelessness should be solved.

“My biggest takeaway was that people don’t want to experience homelessness, and while that is the case, many want to share their perspectives on what a solution to homelessness would look like, but very few people have ever been asked to contribute,” said Nelson said.

When UNITY manages to accommodate someone, they often have no basic needs. You can donate gently used homeware and furniture to the UNITY warehouse by calling 504-483-9300 or emailing [email protected]

ORLEANS NEWS: Trials likely to be postponed as sheriff recalls deputies this weekend after two deaths at the Justice Center

The Greatest Carabiners for EDC in 2020

Seize your binoculars and go birding with a professional | Open...