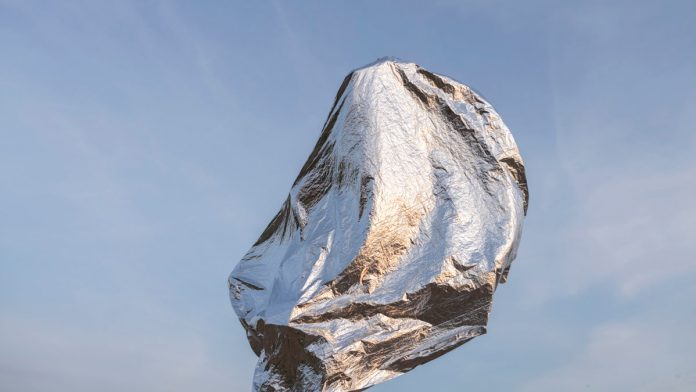 This article was first published by Backpacker.com. To get more of their premium content along with your Outside subscription, join Outside+.

Maybe someone draped one around your shoulders at the finish line of a marathon, or maybe you have one tucked into the bottom of your daypack as insurance against a sudden rainstorm or a wrong turn. Either way, you’re probably familiar with the space blanket, a thin sheet of shiny plastic that claims to keep users warm in an emergency. If you’re an average, well-prepared hiker, however, you’ve likely never had to put yours to the test.

When it comes to space blankets, I like to think of myself as something of an accidental connoisseur. Thanks to youthful bravado, failure to read the weather report, or inappropriate optimism, I spent more than a few nights of my early twenties sleeping under the stars with only a metallic plastic sheet between me and the elements. I rolled myself up in one during an unplanned bivy on Arizona’s Baboquivari Peak, huddled under one when my tent sprung a leak during a downpour in Córdoba, Argentina, and doubled up on them to ride out a late-spring snowstorm in Mammoth Lakes, California. Read on to get a free pass to the knowledge that I’ve learned the hard way—and learn how a little plastic can go a long way.

What are space blankets?

They may look like metal, but a space blanket is actually mostly plastic, specifically a thin, high-strength kind called polyethylene terephthalate, or mylar. Manufacturers coat that plastic with a layer of aluminum a fraction of the width of a human hair. What you’re left with is a shiny sheet that’s thin enough to fold up and store in a pocket and reflects most of the heat it’s exposed to.

Why should I carry a space blanket?

The rule of threes says that a human can expect to survive roughly three weeks without food, three days without water, and three hours exposed to the elements. Gram for gram, there are few more efficient or packable ways of extending those three hours than a space blanket.

Mylar blankets help hikers ward off hypothermia in two ways. First, they’re waterproof and windproof, which keeps precip from drenching you or gusts from stripping warmth from your skin; they also keep your sweat from evaporating, another source of heat loss. Second, they’re reflective, so they trap radiated body heat. For a piece of plastic sheeting, they’re pretty versatile: They can be anything from your ground cloth to your poncho to your shelter.

Is sleeping in a space blanket comfortable?

It is not. Oh, it’ll feel comfortable at first, as your chilled flesh luxuriates in those delicious extra degrees. After an hour, you’ll feel almost cozy.

Soon, though, you’ll start to notice that you’re feeling, a little, well, moist. Remember that part about how space blankets don’t let your sweat evaporate? Whatever your pores put out is going to be sticking around for the night. You’ll be warm, mostly, but by the end of the night, you’ll be damp, too. On one summer trip to the Sierra where I swapped my sleeping bag for an emergency bivy sack, shaking out the droplets of sweat from it became part of my morning routine. Yeah, it’s gross.

What’s the best way to sleep in a space blanket?

The easiest way is to just sit on your backpack and huddle under the blanket. Personally, I’m a fan of the backpacker burrito: pull your hood over your head (you did bring a jacket, right?), tuck the far end of the blanket under your feet, and wrap your body in it as tight as you can.

Can a space blanket help search and rescue find me?

Under the right circumstances, yes. The glint of sunlight or a headlamp beam off of a space blanket can make you visible to searchers from much further out than usual. In addition, some manufacturers make one side of their blankets blaze orange, further increasing visibility. There are some caveats (one study found that space blankets made the outline of a human body invisible to thermal imaging systems, which the National Guard and some other well-funded outfits use) but overall, it’s a point in your favor.

Which space blanket should I buy?

Any standard-issue mylar blanket will do for normal (read: emergency) use. We’re fans of the SOL Emergency Blanket ($5), which is widely available, reasonably durable, and has both an orange and a silver side. If you think you may want to use your emergency blanket to add extra warmth to your bag, upgrade to the SOL Thermal Bivy ($30), which is made of a softer four-ply fabric, lasts longer, and features a foot vent at the bottom to cut down on condensation (it helps, but not a lot.)

Statewide homeless tenting ban begins Wednesday in Texas. How will it...

Tech Is Climbing Once more. These Shares May Tumble if the...

Quinn Brett Is the First Adaptive Bicycle owner to Full the...