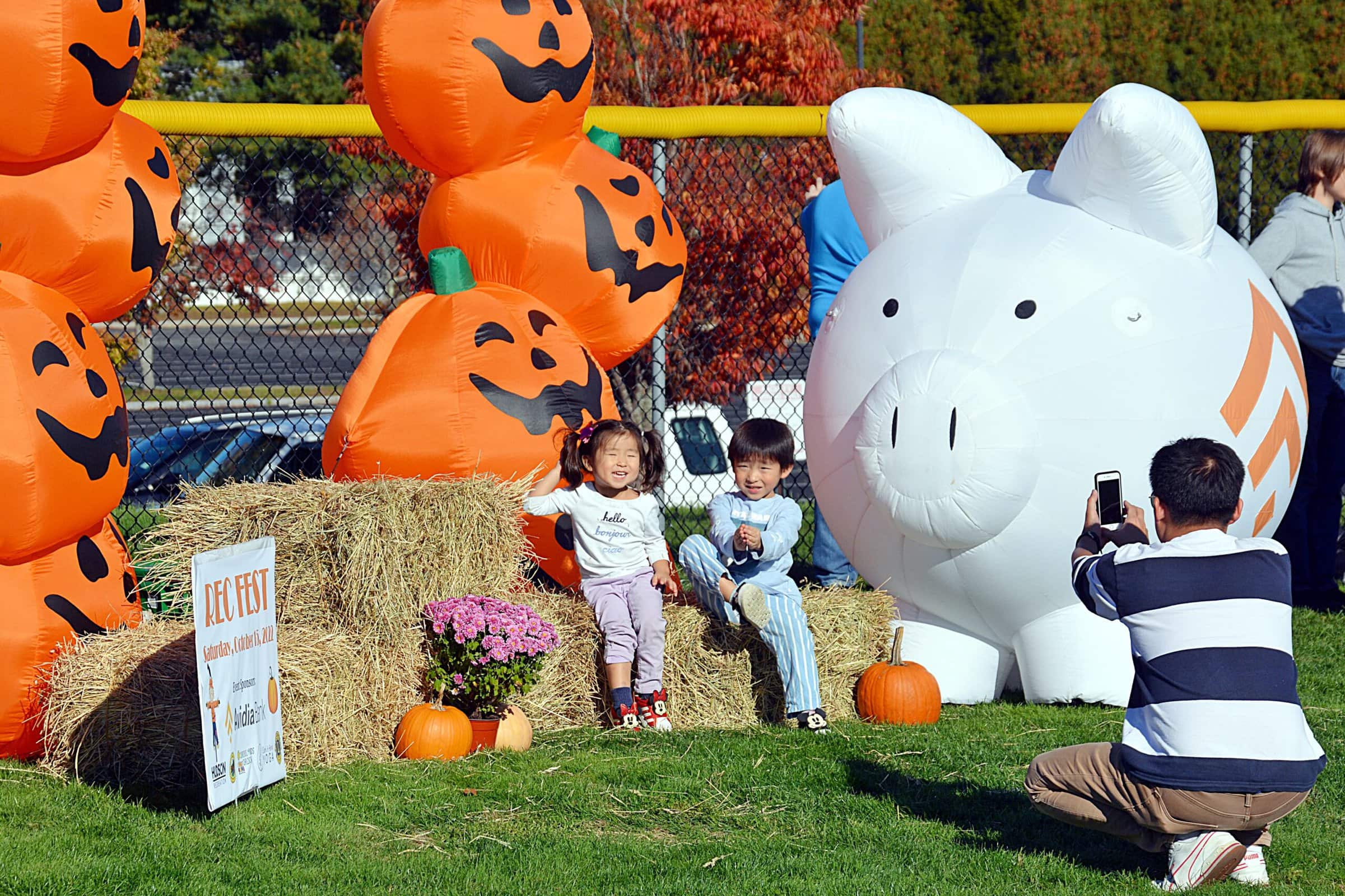 Siblings Jeong – Yoojin, 3, and Junu, 5 – are photographed by their father Yaesuk in front of inflatable jack-o’-lanterns and Max the Pig from Avidia Bank. (Photo/Ed Karvoski Jr.)

HUDSON — Over the past two and a half decades, Hudson Recreation has changed the name, location and event finale of its fall festival. One commonality across the 24 years is that the five-hour event is always filled with family-friendly fun.

This year’s Rec Fest, formerly known as Pumpkin Fest, was held on October 15 at Guidotti Field in Riverside Park (formerly the Morgan Bowl). New this year, the celebrations culminated with an outdoor screening of the animated film Hotel Transylvania. Until 2018, the festival ended with fireworks.

“The cost of fireworks is now three times what it was in 2018,” noted Steven Santos, director of Hudson Recreation. “We look forward to ending the evening with a film.”

The savings have enabled the leisure department to welcome festival-goers with free admission since 2019.

Again this year, festival-goers enjoyed games, handicrafts, giveaways and refreshments provided mainly by non-profit organizations. Children played on inflatable amusements and got behind the wheel of vehicles provided by Hudson’s police, fire and public works departments.

Festival-goers were able to vote for a Meet the Scarecrows contest at the Hudson Public Library booth. The library provided scarecrow starter kits. Winner materials and prizes were donated by the Hudson Rotary Club. Balance Rock Farm in Berlin donated hay.

UVU Outside Journey Heart: discovering wellness in getting out

Inexperienced boasts loads of greenspace for out of doors enjoyable