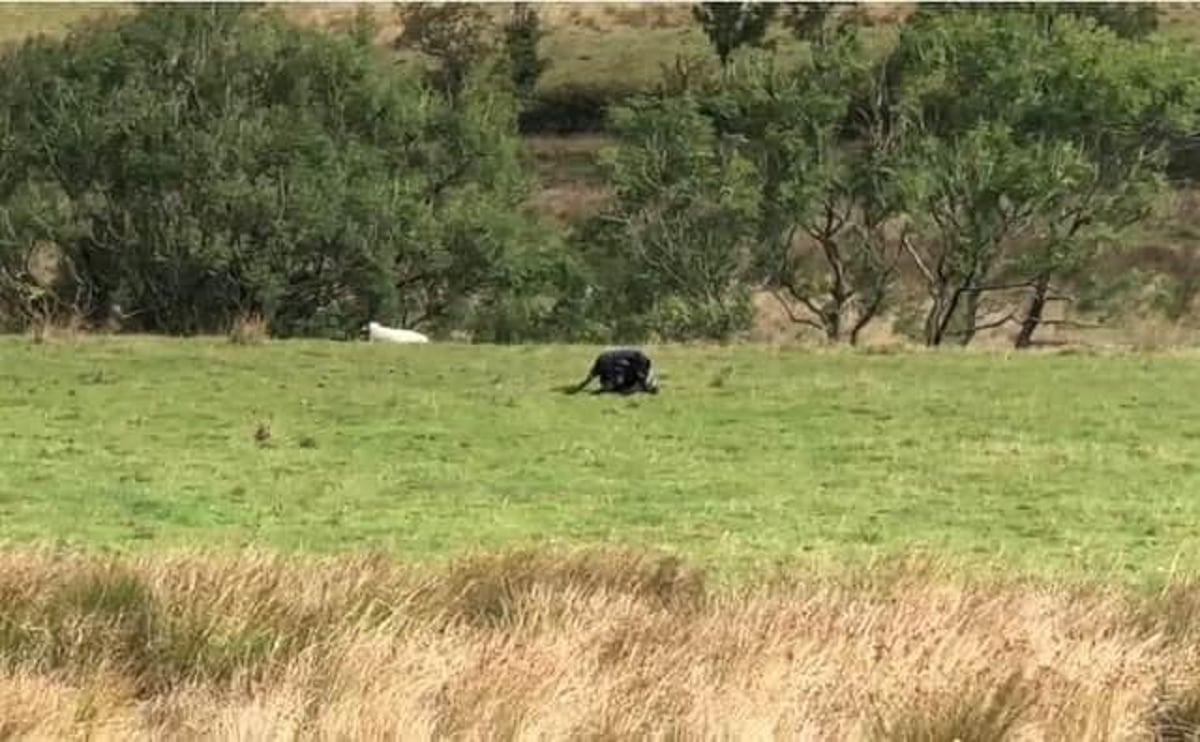 Josh Williams and his friend Ben were walking towards Edale from Mermaid’s Pool as they returned home after a night of camping in the Peaks.

Shortly after climbing Jacob’s Ladder, they both spotted what they believe was a large cat.

Josh, 17, said: “We were both confused when we first saw it. We stood there staring at it and wondering what it could be for about five minutes before I decided to start recording so I could zoom in and get a better look.

“We tried to get his attention to us so he would turn around and look at us so we could better understand what we were seeing. We honestly had no idea what it could be if not a big cat. It was in a sheep field with no other animals and it appeared to have a long black tail, so it definitely wasn’t a sheep.”

Josh said the animal sounded like it was feeding on another creature, which they believe was most likely a sheep.

He said: “We could tell straight away it was something different when we looked at it – we both saw it at the same time and looked at each other in confusion.

“I could see we were both thinking the same thing as we were the day before when we were actually discussing the possibility that we might encounter a feral cat on our journey.”

UKC Information – NEWS: Second Ascent of Lexicon E11 7a by...

Board recommends denial of outside recreation park zoning request