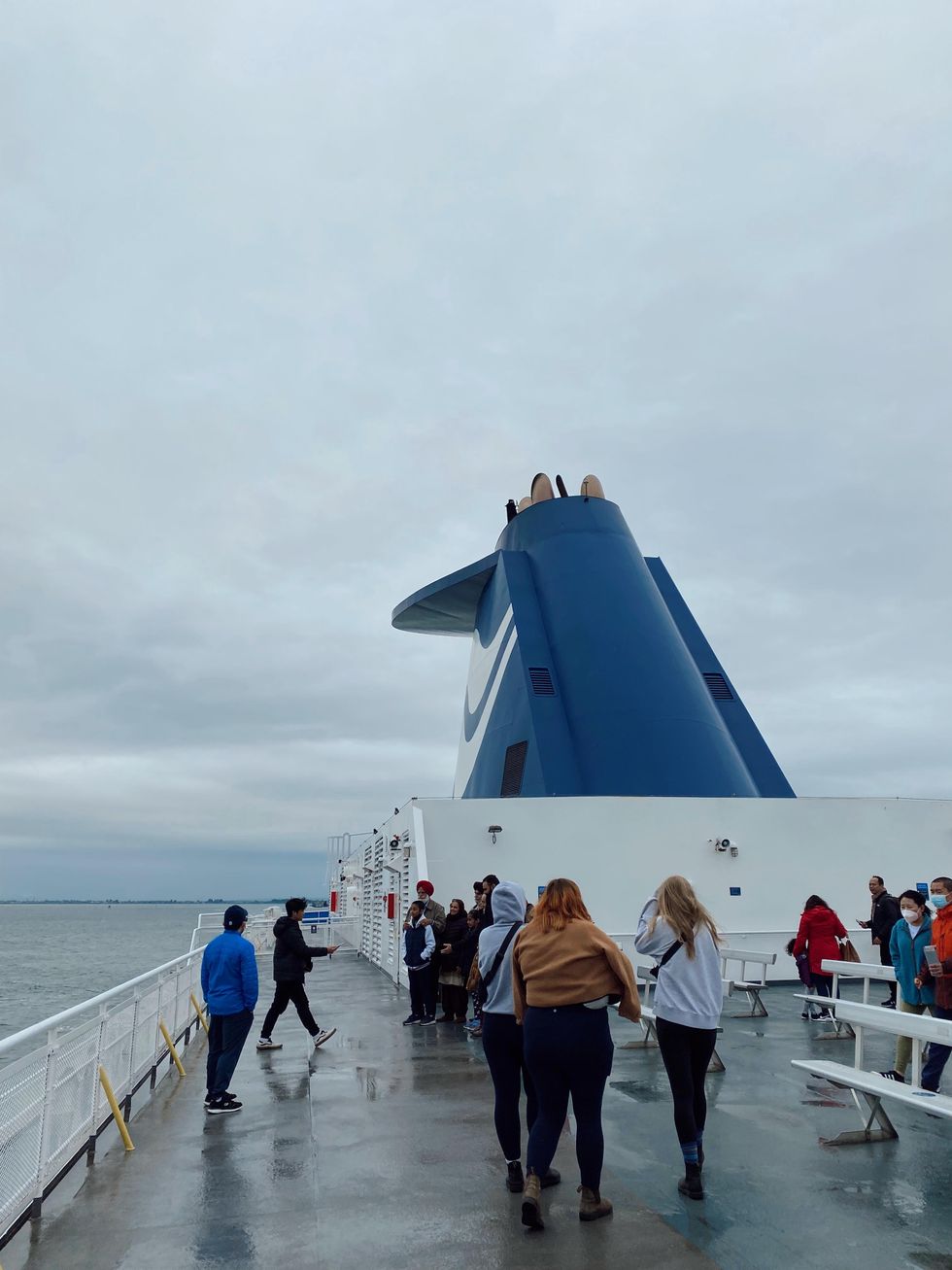 This essay article is part of a series by Narcity Media. The views expressed are the author’s own and do not necessarily reflect the views of Narcity Media.

Sailing across the ocean to an island on BC ferries and then falling asleep under the stars, lulled to the sound of the waves – that’s an unbeatable camping experience.

If you’re like me, you’re probably looking for the best BC campgrounds to visit this weekend for the dreaminess alone.

However, it is not that simple. There are tons of options to choose from when it comes to camping in BC, and it can actually be overwhelming to choose just one.

Then add in the fact that navigating the BC camping reservations page is a headache, and you’ll probably end up just like I did a few weeks ago – tired of picking a random campground.

So I literally stuffed my oversized camping backpack into my stuffed Subaru Outback along with four of my friends for the drive to French Beach Provincial Park.

Luckily, my random choice of campsite turned into an exciting weekend full of adventure, secret waterfalls, whale watching and lots of laughter.

The ferry ride there

Like I said, I had no idea what French Beach Provincial Park was like when I booked it. After an hour on the BC campground booking website, I just picked the first one that allowed me.

Of course I looked for it before leaving and was pleasantly surprised.

Not only was our campsite on the Strait of Juan de Fuca – known for its incredible beauty – we also had to go there with BC Ferries and drive past Victoria.

So my excitement for the trip grew because I knew it was going to be an adventure.

We booked the 9am ferry from Tsawwassen to Swartz Bay so left Vancouver around 7:30am as you need to get there 30 minutes before the ferry departure time.

The drive from Vancouver was pretty quick and before we knew it we were on the ferry.

It was a rainy day but we immediately got out of the car and went on deck for some fresh air. I’ve lived in Vancouver for almost a year now – I don’t let the rain stop me from getting outside.

Then we went to the cafeteria area to relax and look out the window at the tiny islands that the ferry flew by. The trip started on a particularly memorable note as straight from the ferry window we saw some whales playing in the distance.

After that, nothing could wipe the smile off our faces.

We decided to make a little pit stop in Victoria to eat and do some shopping. We had to drive right past town to get to the campsite anyway, so that worked out fine.

We went to Nourish Kitchen & Cafe and had a delicious brunch. I had the pancakes and a coffee – savoring every bite knowing my next meals would be cooked over a campfire.

After visiting a few shops, we decided to hit the road again for the hour-long drive to the campsite.

Almost the entire drive there was along the water, which meant we had even more views. Unfortunately, no more whales were sighted.

We arrived at the campsite and were amazed by the huge trees all around us – it felt like a secluded paradise.

Our campsite was equipped with a picnic table and a fire pit. Plus it was a super short walk to the beach.

After setting up the campsite, we headed to the beach.

The rocky beach was very reminiscent of my home province of Nova Scotia, but you could see the classic BC mountains in the distance, almost making it look like a painting.

At the beach the sea stretched out in front of us and was beautiful even on a cloudy day.

Then we cooked some pasta over the fire and had a few drinks before ending the evening.


Pasta over a campfire.Morgan Leet | narcity

The campsite was perfect because you were sheltered from the wind by the forest but still super close to the sea.

After waking up from a lot of rain, we decided to have a quick breakfast and pack up. I couldn’t go to Juan de Fuca without checking out the magical Mystic Beach.

It was only a 15 minute drive from the campsite and about a two kilometer hike to reach the beach.

Despite the downpour, we made the hike – and thank God we did it.

After a hike through an incredible rainforest and across a suspension bridge, we came to a secluded beach.


A forest in BCMorgan Leet | narcity

To the side are sea caves you can crawl into and then a stunning waterfall cascading down from a cliff high above.

It was undoubtedly worth the hike and the extra hour or so we added.

When we finished the hike we had to rush back to Victoria to dock the ferry. We were all pretty exhausted but incredibly happy about our weekend.

The ferry ride home involved a lot of naps, and we drove to my house at 6pm – all smelling of campfires.

So the next time you’re looking for a campground, search for French Beach and get ready to explore.