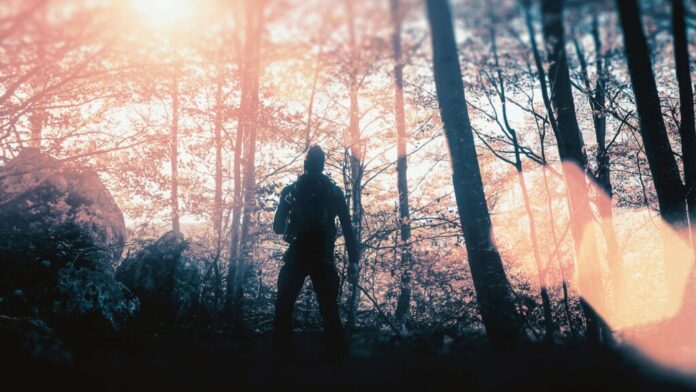 I couldn’t help but appreciate the beauty of the spot where I would probably die. The cuts on my knee were getting infected, and I didn’t have the energy to move, but I didn’t want to leave, anyway: Salmonberry bushes surrounded the plush, mossy rock where I lay, so I ate from a buffet of berries while resting on nature’s Tempurpedic. The area had a clear view of the sky where I could spot approaching helicopters, if anyone cared enough to search for me.

Three days before, on June 18, 2021, I went on a day hike along the Pratt River Trail in Mt. Baker-Snoqualmie National Forest just east of Seattle. I had never hiked this trail, but I needed fresh views and exercise to clear my head. Navigation was difficult, and I passed some landslide debris without noticing a sign warning that the trail ahead was unmaintained. It was like when you’re driving on the highway, deep in thought, and accidentally pass your exit. Ninety minutes later, the trail became overgrown and thorny; I was wearing only a T-shirt and shorts, so I decided to turn around. When I did, though, I found a completely different landscape from the one I recalled walking through. Nothing looked the same, and I couldn’t determine which direction to hike. I climbed to higher ground to search for the road I drove in on, but saw only endless forest. It was just me, alone, getting hungry and cold.

I’d watched enough survival videos to know that I should stay put for the night. Leaning against a tree, I tucked my arms and legs into my shirt and draped my long hair over my face as a makeshift mosquito net. I fell asleep angry for getting myself into such a terrible situation. By the next morning, my terror and rage became more visceral. The morning sunlight dappled through the trees, and I realized once again—and more acutely this time—that nobody was coming to help me. I hadn’t even told anyone where I was hiking. My survival was entirely in my own hands. Fear took over as I stomped through the dense shrubs; I didn’t have a plan except to move. My fury reached a breaking point when I plowed my foot through a dead log and a chunk of wood stabbed me right below my kneecap. Now I wasn’t just angry—I was also bleeding and in pain. To make things worse, I thrashed through the bushes so aggressively that at some point, my water bottle slipped out of my backpack’s mesh compartment. It was gone. My morale sank, and inner demons took over.

“If you were anybody else, you would have found your way out. You’re an idiot. Congratulations,” said a voice inside my head.

For most of my life, I’ve been hard on myself. I have ADHD, so my brain makes less dopamine than it should. Pair that with childhood family trauma and lifelong depression, and you get someone who struggles to think positively. I’ve even delayed proposing to my girlfriend for years because I can’t bear to see the love of my life marry someone I don’t even like.

For two more days, I stumbled and slept in the woods.

I have little recollection of this time except for an endless parade of trees, around which I remained lost. Four days in with no exit in sight, I felt forced to reckon with my 25 years on earth.

If you were to die here, were you a good dude? Was your time worth it? You never did the things that you wanted to do, but at the very least you had good intentions and always made your friends laugh.

My anger eventually dissipated, and my thoughts turned spiritual. It could have been the exhaustion, the summer heat, the hunger, or the desperation to survive. Out of nowhere, I heard my girlfriend’s voice say, “here.” To my right, there was a clump of salmonberries that led to the mossy rock. Recovering in that oasis, I listened for helicopters overhead, but the river nearby was so loud that I couldn’t tell the difference between rushing water and an airborne rescue mission.

Several times, I crumpled up and passed out. It was like a video game; I died and had to respawn. Each time I got up, survival seemed less likely, but I forced myself to continue.

If I died at that moment, I would have been proud for making it this far. I forgave the version of myself that got lost four days prior. I spent two days there, resting and eating berries to regain my strength. I didn’t give up, though: I organized dark rocks to spell out SOS, and when a helicopter flew overhead, I threw sticks to try and get the pilot’s attention. Once my energy was restored, I set out in search of a trail upstream. It wasn’t long before I was completely sapped of energy again. I told myself I wanted to see the rippling bark of one more tree, hear one more crunchy leaf, or feel the cool, rushing water of a river one more time. At one point, I pulled out the notebook I’d packed and started writing my wedding vows. I was going to make it out of this forest and finally live the life I had put on hold for years.

Another voice appeared. I don’t know where it came from because its message was foreign to me: Rest for tomorrow’s salvation. The next day, I saw acorns lining the trail, which I recognized from my hike eight days previous, before I ignored the landslide and got lost. These acorns were like cairns, indicating the trail’s direction. No other trail I’d been on had them; somehow, I was back on the Pratt River Trail.

Relief washed over me as I calculated that I was only a mile and a half from my car. I bellowed out a cathartic yawp; I had actually saved myself. I was still so weak, and it was getting dark, so I decided to sleep for the night and hike out in the morning. When the sun rose, I woke up to the sound of two hikers approaching; they saw me and offered to help. I knew I could make it on my own, but I let them leave to find cell reception and alert search and rescue.

After waiting half an hour, I convinced myself that these trail saviors were figments of my imagination. Luckily, they were real; I eventually heard echoes of people shouting my name. After nine days, I finally wasn’t alone—but I guess I never truly was, anyway. Turns out, my friends had been driving around the area, trying to find my abandoned car that entire time. Once I made it to the hospital, my girlfriend met me with love, compassion, and overwhelming forgiveness. I had all these people who worried about me, looked for me, and rescued me. They all cared. I was finally safe.

5 Causes This Has Been the Winter We All Wanted

Kettering provides outside health actions together with, Zumba, Pilates and yoga.

The Gear Our Editors Cherished in April