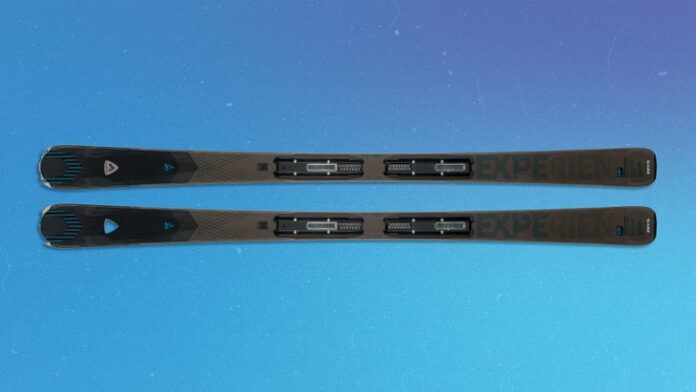 There’s no beating around the bush: the snow out East is hard. Not for nothing do we know it as the “Ice Coast,” and locals will confirm that bulletproof literally means ice so firm a bullet would ricochet off of it.

The East sees microclimates, lake-effect snowstorms, and Nor’easters that produce copious amounts of snow. But compared to the Rockies, the ski resorts out East get snow with high moisture due to high humidity levels and lower base and summit elevations. Combine that with regular freeze/thaw cycles and dreaded winter rain storms, and you get a firm surface.

“Because we’re so close to the ocean, the water molecule in the snow is a little larger,” explains Frank MacConnel, owner of Bob Skinner’s Ski & Sport in Newbury, N.H. “Also, the water is soft, not hard. These things make a huge difference with the density of the snow.”

Picking a ski that will help you tackle those snow conditions with confidence, says MacConnel, means choosing a ski that can carve.

Related: Read our review of the 2023 Rossignol Experience 82 Ti

Pick a narrow ski with metal and a carving sidecut

“We look for the performance of a race ski as the basis of how we buy our retail products on the East Coast,” says MacConnell. “That person [who buys that kind of ski] may have once raced, but they’re mostly into recreational skiing now and still want performance they can rely on.”

Race heritage skis feature solid wood laminate products with some form of metal in the core—whether it’s two sheets (one above the base material and one below the topsheet), one layer, or an extremely thin layer. Whatever the amount, MacConnell believes that metal in a ski makes a big difference for hard-snow performance.

Skis that work best for this region, according to MacConnell (himself a former ski racer), have waist widths between between 75-85mm, without dramatic tail rocker, but with a little rocker in the tip to help initiate the turn. Skis with waists below 82mm have more contact with the snow and hook up quickly for what MacConnell calls “instant gratification at the top of the turn”—like what you find with a race ski.

Related: Check out the best unisex frontside skis of 2023

Save your knees with a shorter ski

In the southeastern part of the U.S., along with lower elevation and warmer temps, resorts can have thin coverage along with hard-snow conditions. “With the short slopes and boilerplate, we think about your knees,” says Greg Klein, hardgoods buyer for Willi’s Ski Shop in Pittsburg, PA. “If you’re skiing on a fat ski on injected hills, you’re going to be sliding. We go shorter and narrower to reduce the torque on the knees.”

Klein says that when looking for the correct length, ski tips measured to the forehead can make the ski feel quick and responsive like a slalom ski. The advanced carver should look for skis that crest the top of their head for more stability.

Industry pros agree that a ski with a tight turn radius benefits most Eastern skiers. MacConnell recommends skis with a turn radius between 14-18m for one main reason: skiers are sharing the trails with many other people, particularly on weekends. According to data from SIA and NPD Season in Review, the Northeast has seen season-over-season increases in skier visits.

“East Coast resorts do not have the acreage and expanse that West Coast areas have, so there are more people on any given slope,” says MacConnell. “To have a quality day, it’s fun to be on a shorter-radius ski so that you don’t have to be ripping so fast to make the ski turn.”

Related: Carving vs. frontside—what’s the difference?

MacConnell offers Eastern skiers a pro tip centered around tuning, which can have a profound effect on ski performance. Most ski shops have precise tuning machines, and a little knowledge can lead to a helpful dialogue with a local shop tech.

And for those high-performance skiers out there who get real techy about their base tune: “An open structure stone ground pattern coordinates with the larger water molecule found on the East Coast,” advises MacConnell.

In the end there’s no such thing as bad snow (even out East)—just the wrong skis and the wrong tune.

eight Out of doors Health Actions to Attempt in Detroit This...

What to learn about primitive tenting

Outside enjoyable can also be large enterprise in New York, report...