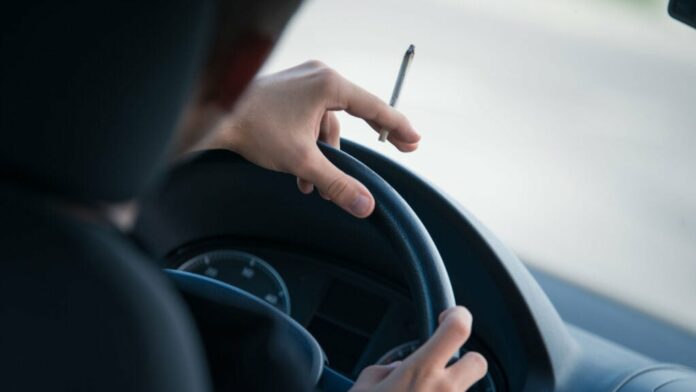 I remember 2009 being a good year. Shia LaBeouf was the highest-grossing film star, and his movie “Transformers: Revenge of the Fallen,” was the biggest in the country. And in non-LaBeouf news, the United States saw its lowest number of traffic deaths since 1950, 26 years before Shia LaBeouf was even born.

Since then, that number has been trending upwards, particularly for pedestrians and cyclists. Pedestrian deaths alone have increased 51 percent, and cyclist deaths have increased 44 percent in the last decade. Meanwhile, cars appear to be safer than they’ve ever been for their occupants, and these days you’re more than twice as likely to survive a car crash as you were in 1980.

It’s a rueful irony: as our cars get larger and more packed with safety features, they become safer for the people in them, and more dangerous for the people outside of them. Larger cars mean poorer visibility and deadlier impact. As a result, cycling and pedestrian advocates have increasingly called for policies designed to discourage people from driving large vehicles. “This monomaniacal focus on street design needs to change,” tweeted Streetsblog founder and War On Cars podcast co-host Aaron Naparstek, demanding that cities “regulate and redesign” the cars themselves. Recently, Washington, DC took a step in this direction, proposing a $500 annual registration fee on vehicles over 600 pounds.

As a cyclist and a pedestrian in a city of 8 million people (that’s New York City, in case that wasn’t clear) I don’t particularly relish “sharing” the road with increasingly larger vehicles, and it would be a stretch akin to mounting a tight-fitting tubular tire to argue that big cars make the world a better place for anybody who doesn’t happen to be in one. At the same time, the backlash against SUVs can sometimes seem like it’s fueled as much by disgruntled liberal arts student-type resentment as it is by genuine concern for human safety. I mean, sure, big-ass cars certainly ain’t helping but…

What about all the weed?

I realize you will immediately resent me for engaging in “whataboutism,” especially when it comes to the green stuff. (Weed, not money.) American attitudes towards marijuana have evolved. In the 1930s it was “Reefer Madness.” In the 1960s it was for countercultural hippies. Now it’s legal most places, corporate types are microdosing the stuff to increase focus and creativity, and cannabis and its derivatives are increasingly touted as a panacea, with the potential to do everything from ease the suffering of cancer patients to mellow out your pet. Today, expressing the idea that marijuana can be in any way pernicious is hopefully retrograde; at best it makes you uptight, and at worst it makes you a racist.

Yet if you ride a bicycle in traffic, it’s hard not to notice the sheer ubiquity of marijuana consumption while driving, and to come away not only with a contact high, but the impression that it’s only getting worse. Where I live and ride, the smell now emanates from every other car; tinted windows roll down and release cumulonimbus clouds of combusted cannabis or vaporized oils. The gutters are full of blunt guts, empty plastic weed containers, and smashed vape pens. I even smell it through my car vents when I’m driving behind other people on the highway. There was a time when it was mostly just dorm rooms and jam band concerts that reeked of weed; now, it’s absolutely everywhere.

To be sure, all of this is anecdotal–one person’s experience in one specific city–but statistics bear out my impression that more and more drivers are stoned to the bejeezus belt. Between 2007 and 2014, the percentage of drivers who tested positive for marijuana went from 8.6 percent to 12.6 percent. Moreover, between 2000 and 2018, the percentage of deadly crashes that involved cannabis increased from 9 percent to 21.5 percent. Sure, plenty of people still drive drunk, but it’s been taboo since the Mothers Against Drunk Driving movement started in 1980, and the resulting legislation resulted in fewer fatalities. Meanwhile, people are generally more comfortable with the idea of driving under the influence of marijuana, and they’re not particularly worried about getting caught doing it. This is not to suggest that driving while stoned is nearly as dangerous as driving while drunk. (You’re about twice as likely to crash while stoned, whereas you’re about ten times more likely to crash while drunk.) However, as cannabis use while driving increases, so does the use of cannabis and alcohol together; since 2000, crash deaths involving both increased from 4.8 percent to 10.3 percent.

Then there’s the weed itself. Not only is it becoming more and more potent, but the delivery systems are becoming more and more efficient. You no longer need a joint the size of a Subway footlong to get so stoned you think you’re parked; a couple pulls off a vape pen or a potent edible should do it. On the other hand, alcohol and the manner in which it is consumed has remained fundamentally unchanged for hundreds of years, as the label on your favorite whiskey will take great pains to remind you.

Besides getting stoned, there’s something else anyone who rides a bike sees drivers doing with near-ubiquity, and that’s using their phones. Distracted driving kills thousands every year, and the problem has gotten its share of media attention and PSAs. However, concern over vehicle size has now come to define the advocacy zeitgeist–even though cars were already getting bigger and bigger while pedestrian and cyclist deaths were steadily declining, and even though smartphone sales really started taking off in 2009–which is around the same time pedestrian and cyclist deaths started rising again, go figure. I’m not aware of any studies on the effects of using smartphones and marijuana at the same time while driving, but I’m willing to go out on a limb and say they don’t exactly cancel each other out, and certainly the timing of both smartphones and legal weed and vape pens does happen to coincide with the uptick in fatalities.

Now, I am in no way suggesting the pot pendulum should swing back towards criminalization, or that responsible adults shouldn’t be free to indulge as they see fit. However, I do suspect it’s a bigger problem than many are willing to admit. This does not necessarily me a narc or a prude. To be sure, when it comes to our relationship with cars, there’s danger in focussing too much on substances than actual substance; for example, our hyper-focus on drunk driving means that as long as you’re sober, anything goes. At the same time, there’s also a danger in focussing too much on vehicle size when it’s the actions of the driver that are most important. I’m the same driver whether I’m behind the wheel of an F-150 or a Festiva, but I’m a completely different one as soon as I consume a mind-altering substance.

It’s only natural that advocates who are highly critical of car culture (not to mention mistrustful of police) ultimately want to undermine it through policy designed to “regulate and redesign them” rather than play whack-a-mole in the form of ticketing and traffic stops, and it’s hardly surprising that the sorts of urbanites who engage in advocacy tend to default to an attitude of “cars bad, weed good,” especially given how unfairly the law has been applied with regard to the latter. No doubt they’re also right that ultimately the only way to stop stoned driving is for people to be able to stop driving. Impairment aside, certainly people should be able to get around more easily without having to own a car.

But this doesn’t mean that whatever vehicle shape happens to be trendy at the moment is the fundamental problem, or that the streets are more dangerous because consumers now prefer the RAV4 to the Camry, or that focus should shift from changing street design to changing vehicle design. There are all sorts of problems with car culture because there are all sorts of problems with our culture in general, and people who are stoned at all times–including while driving–is one of those problems. Advocates hate it when journalists assign responsibility to the car rather than the driver. In a way, isn’t focusing on cars over their operators when it comes to killing pedestrians and cyclists ultimately the same thing?

No doubt one day we’ll look at the multi-ton internal combustion vehicle the same way we now do at the horse and carriage. Like most major lifestyle shifts, this will probably owe more to innovation and serendipity than to governmental decree. In the meantime, it’s important to keep our eyes on the road and mind our ideological blind spots. Maybe marijuana is one of them.

States Spending the Most on Parks and Recreation

The Greatest Touring Jackets of 2023

Why Mount Rainier Is the Very best Park