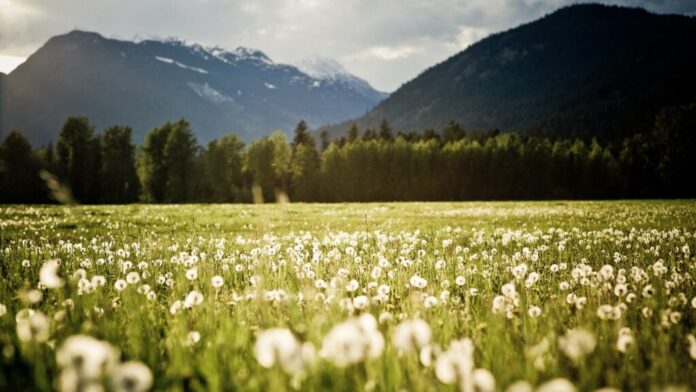 Why the oil is gone and where it went doesn’t matter, nor are we going to bother with the socio-economic Mad Max-meets-Soylent Green style chaos this would undoubtedly cause. This is make-believe; all that matters is that there’s no more and there never will be.

Among the cascade of things this would impact, the one you would most immediately notice is the end of vehicles: no one will ever turn the key on a combustion engine again. Less than five percent of Americans bike or walk to work, so you’re likely to notice the difference.

We’re going to need to replace the car, at least in the short term.

Now, imagine if what we replaced them with was goats.

Even as Europe and China boil in unprecedented heat waves, the U.S. bobs about in the “summer of floods,” and the Arctic warms four times faster than the rest of the planet, we continue to spew climate-changing emissions into the atmosphere at record highs. In the last 100 years, we’ve developed nuclear power, antibiotics, and gene editing, and yet we behave as if we are incapable of dreaming up anything beyond the present—that’s what’s really stupid here. We refuse to seek solutions—they’re too costly, too inconvenient, too slow—choosing instead what some TikTokers, political pundits, and scientists call “climate doomism,” the belief that there’s nothing we can do to stop climate change or the looming climate collapse. This supreme apathy, which essentially amounts to patiently waiting for a steadily approaching apocalypse or a miraculous deus ex machina resolution, has been touted by (often upper–class, straight, white cis-male) writers like Jonathan Franzen and David Wallace-Wells is not only utterly useless—it’s logically and ethically unsound.

If we’re all truly well and doomed and the climate apocalypse is impossible to stop, then doing nothing is exactly as futile as doing something. As in Pascal’s Wager, in which the philosopher Blaise Pascal claims even if you don’t believe a god exists, you’re better off behaving as if one does, just in case you’re wrong, I argue that under “doomed” conditions such as these, doing something is empirically more practical than nothing.

So just sit tight and play this little game, because what we’re doing right now is imagining.

In addition to being smart, hardy, and cute as hell, people used to use goats to pull stuff around all the time. For our purposes, goats are superior to horses or cattle: their smaller size makes them easier to handle (less likely to smoosh you into fine paste) and require less food and space. Although not as strong as horses, goats can pull as much respective to their size – about one and a half times their own weight. While goats vary in size by sex and breed, males from the larger breeds can get up to 200–even 300–pounds. That’s a lot of pulling power for an animal that could comfortably sleep in the average garage.

Put together a cart: seats, wheels, an enclosure to keep you dry when it rains, a little battery for lights, and even a phone charger. Say it weighs 100 pounds—about double the weight of the average e-bike—and one or two happy, healthy, bug-eyed goat buddies could pull you and your stuff around in your very own goat powered go-kart (GoGo Goat Kart–patent pending).

Again, it’s very silly. So why bother thinking about this? For one thing, because it’s fun. For another, because it demonstrates something immensely important and often overlooked about the tremendous importance and power of imaginative thinking: When you sub out goats for fossil fuels, you’re not simply solving an imagined transportation issue; you can’t stop the thought experiment there, because a collapse the problem proposed doesn’t exist in a silo—nor does mass extinction, ocean acidification or microplastics—it’s part of a system. The effects aren’t contained, they’re cascading.

In this system, there’s no more oil, but all the infrastructure for a system that relies on it is still in place: without oil, we don’t have the same food, power, or supply chains we’re used to. Even in our imagined world in which we replace cars with goats, suburbs and urban sprawl aren’t realistic distances to travel, so people move in closer together. Suddenly, you have lots of unused space: parking lots get torn up to become goat yards and barns, goats turn scrub grass into meat, milk, fiber, fertilizer, and power.

In this scenario, you’ve changed not only the way people move, but also how space is used, how people congregate, what they eat and where it comes from. Through a simple act of imagination, the whole system is up-ended. This imagined world doesn’t look at all like the one we have now.

What if that’s how it has to be? What if the problem we are facing is not that we can’t “fix” the climate crisis, but that we aren’t willing to imagine a world different from this one, a world still beautiful and rewarding and advancing, but just not the one we thought we’d have?

Things are, indeed, very bad right now, and maybe yes, it’s true that we can’t continue on, as species, the way we have been as the climate crisis progresses. But maybe that’s good.

Maybe now is the time to imagine something new, even something better.

Maybe imagining solutions will lead to a lot of dead ends, a lot stupid ideas, a lot of failures, a lot of GoGo Goat Karts–but maybe that’s how things get done.

Maybe imagining something new, even something silly, in the face of such terrifying odds is an essential act of radical and defiant joy, rooted in hope for the future.

Ought to You Maintain Huge 5 Sporting Items Company (BGFV) Inventory...