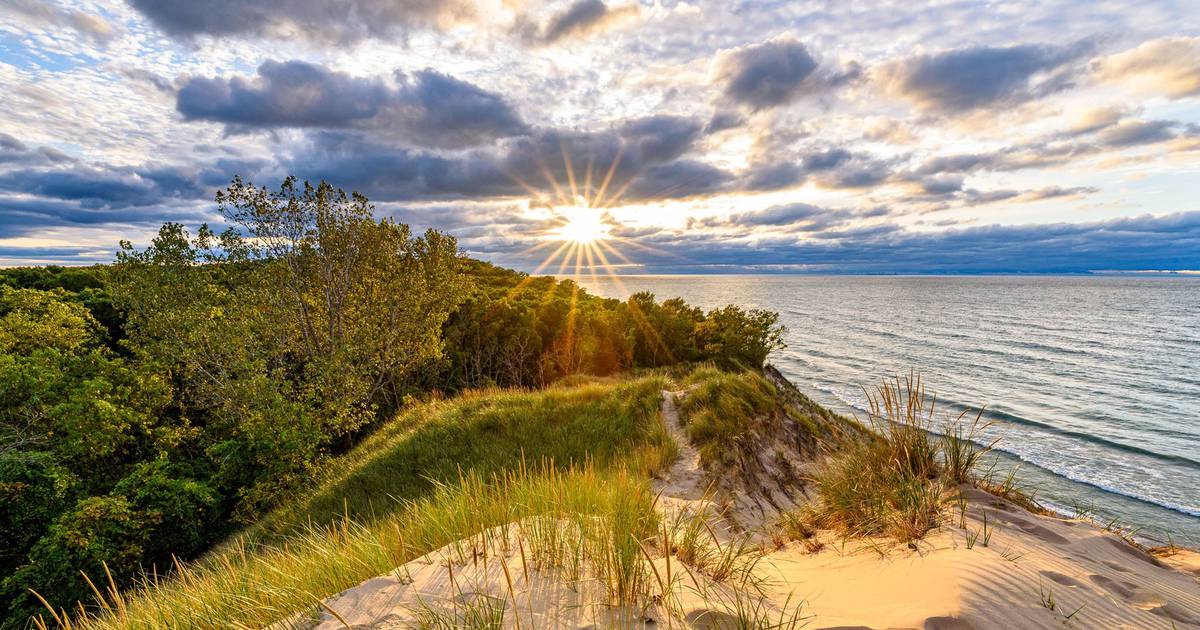 Indiana Dunes National Park is a year-round destination for enjoying the great outdoors, whether it’s relaxing on the beach, hiking the sand trails, boating, or exploring the unique surroundings of the southern tip of Lake Michigan.

But that’s never more true than during the Outdoor Adventure Festival, an annual fall event that highlights all the activities the park and surrounding area have to offer.

“When we began brainstorming this event in 2016, we wanted to create a fall festival that would showcase everything that was available in the park and in this region,” said Rafi Wilkinson, park ranger at Indiana Dunes National Park and one of the organizers of the festival . “That includes the state parks, city parks and anyone else who wants to get involved.”

The festival, which runs September 9-11 this year, has grown into more than 50 activities ranging from self-guided hikes to photography classes, paddle tours, yoga classes, bike rides and nature education. Most events are free with admission to the park, although some require an additional fee and registration.

“If you look at the schedule, you can see the breadth of everything that needs to be done here,” Wilkinson said. “Nobody could ever do everything in one weekend, but you can choose different ways to explore the park.”

This year’s festival has also incorporated elements of a previous apple festival into the outdoor celebration, focusing on children’s activities and other events centered around Chellberg Farm, located in the park.

“We decided to incorporate the Apple Festival into our outdoor festival and make it a big event,” Wilkinson said. “It adds a number of kid-friendly events and a few more cultural elements to the other outdoor activities.”

Chellberg Farm, a restored historic house in the park that recreates how farmers lived in the early 20th century, serves as the meeting place for many festival events. There is shown, among other things, how to make apple sauce, apple butter, cider and apple cider vinegar.

Live music and food vendors will be on the farm September 10-11, and children can help feed the farm animals at 4:30 p.m. each day. Wagon rides are also offered for a suggested donation to support farm operations.

Those looking for more active ways to explore the park have many options. Many excursions are either led by rangers or other experts to help visitors better understand the area. For example, a ranger leads a hike to the summit of the park’s famous Mount Baldy. Or take a bike tour of the area with a geology professor who will talk about the area’s history since the last Ice Age.

“Most people don’t know that Northwest Indiana was covered by a sheet of ice,” Wilkinson said. “You’ll learn about the geography of the area (on this drive) and see for yourself how this place came to be.”

The festival includes many outdoor adventures for the kids, including pond exploration, nature walks and animal encounters. Join a photographer for tips on how to capture the perfect evening sunset shot, or take a 90-minute Lake Michigan cruise for a different perspective of the coastal dunes.

“If you’ve never seen the park from the water, it gives you a different perspective,” Wilkinson said.

Those looking for a little more sweat in their adventure can take part in the America’s Race, a 5K and 10K steeplechase run on September 11th. The event, organized by the creator of Leon’s Triathlon, commemorates the September 11 attacks and honors military and first responders.

Participants are expected to crawl, carry sandbags, pull dummies, and overcome other obstacles on the American history-themed course.

“They’re doing a really good job – it’s a sight to behold when you drive up the West Beach entrance and you see all the American flags,” Wilkinson said. “They really pay tribute to our armed forces and our veterans.”

National Park enthusiasts can enjoy a presentation by a couple who have visited all 423 National Park units, and history buffs will enjoy the Fur Trader Encampment, a recreation of the region’s fur trading past. Reenactors will portray the French Canadian voyageurs in 17th century clothing, food and lifestyle.

While the Indiana Dunes has seen nearly a doubling in visitor numbers since becoming a national park in 2019 — it’s been a national lakefront since 1966 — Wilkinson said the park remains very accessible.

“The fact that we are a national park is attracting a lot of attention now,” he said. “But we have enough space. We’re not like some of the parks you read about in the west that have to restrict visitors… it’s still a place where it’s easy to find some solitude and enjoy the outdoors.”

When: September 9th to 11th

Tickets: $7 per car for domestic drivers, $12 for out-of-state drivers; some events are chargeable, registration

Jeff Banowetz is a freelance reporter for the Post-Tribune.

County permits out of doors park zoning course of to proceed

Realizing our dream of the outside