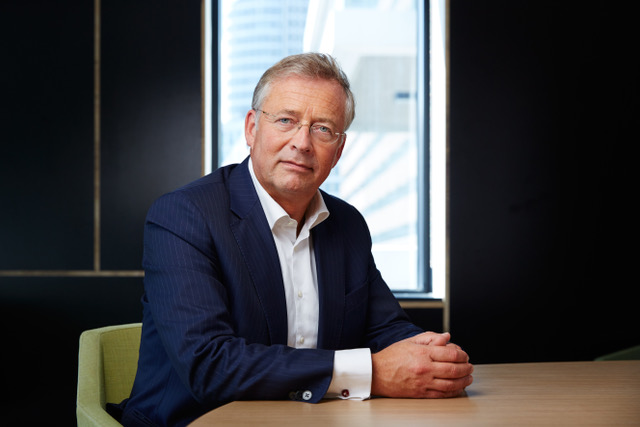 If there’s one thing that the last crisis showed us, it’s that investing in research and innovation pays off in the long run. In the years following the financial crisis, the Netherlands faced economic difficulties, while Germany experienced an unprecedented economic boom thanks to investments in research and development (R&D). What should we do differently this time? And what can we learn from our eastern neighbors? An interview with Paul de Krom, chairman of the Netherlands Organization for Applied Scientific Research (TNO), about the need for research and innovation in times of crisis.

The interview with Paul de Krom will take place immediately after the Dutch parliamentary elections. VVD and D66, the current governing parties, have turned out to be the largest, so it is only logical to at least address this issue. Paul de Krom – were you surprised by the results?

“A continuation of the current course is good news for research and innovation on important social issues. It’s good for continuity and stability, as well as trust in the company. The VVD and the D66 are parties that have expressed their conviction that innovation will help us out of the crisis. And that can be done in collaboration with the business community. It is also pointless to put the energy transition against corporate interests, for example. The same applies to the other current main topics such as climate, health or digitization. From this point of view, I am optimistic. “

Investing in innovation pays off

According to De Krom, investments in innovation and research should not only help us out of the crisis. It’s just the best solution in the long run. “After all, it has been shown that every euro that is spent on investments in science and innovation ultimately brings several times the return,” said Paul de Krom. “One euro additional R&D in companies creates long-term added value of up to € 4.5 for our economy. This is the result of an analysis cited in the advisory letter from the Dutch House of Representatives on growth dated December 13, 2019. This concerns the long-term growth strategy for the Netherlands. “

Germany has a long tradition in research and development. They also have a real industrial culture. It’s really in their genes, whereas here in the Netherlands we are more of a trading nation. “Paul de Krom, Chairman of the TNO Board of Directors

Germany is a shining example as an advocate of investment in research and development. This was already evident from the report “Vasthoudend Innoveren” (Sustainable Innovation, A Study of the German Science Landscape and R&D Policy) by the Dutch Advisory Council on Science, Technology and Innovation (AWTI), which was prepared following the financial reports on the crisis . Compared to a Dutch investment of just 0.88% of GNP in 2009, our eastern neighbors invested no less than 2.2 times in research and development. Thanks to this approach, Germany was able to emerge from the crisis even stronger. The report states that three aspects were critical in this regard: 1) long-term goals, 2) persistence, and 3) financial resilience.

What underpins this difference between Germany and the Netherlands? De Krom: “Germany has a long tradition of research and development. They also have a real industrial culture. It’s really in their genes, whereas here in the Netherlands we are more of a trading nation. The fact that Angela Merkel has a science background also helps. “

The most important social issues such as climate, energy transition, digitization and health care cannot currently simply be broken down into sectors. After all, they are all connected. This doesn’t just require an integrated approach. It also requires cooperation on all conceivable levels: on regional, national and with the business world. As a small country like the Netherlands, you simply cannot find solutions to such far-reaching and far-reaching problems.

According to De Krom, a good example of this is the European Green Deal. This is intended to accelerate the response to climate and energy problems. In connection with “better a good neighbor than a distant friend” he is of the opinion that in addition to a European concentration of forces, cooperation between neighboring countries is also extremely important.

“For example, it is perfectly obvious that you need to coordinate your energy systems. At TNO, for example, we are working with Germany on intelligent energy infrastructures. And we are researching hydrogen with Germany and France. But we also work with our neighbors on topics such as digitization, smart industry and mobility solutions. Like the development of alternative fuels for the entire automotive industry. “

However, in De Krom’s view, cooperation with and between government, knowledge institutions and, last but not least, the business community cannot be overstated.

Another partnership in the healthcare sector is the Dutch Lifestyle Medicine Innovation Center (NILG) ‘Lifestyle4Health’, which also includes TNO and UMC Leiden. “In it we are researching, for example, how diabetes 2 can be better prevented and cured with lifestyle measures.”

Finally, data connectivity in healthcare is an important issue that De Krom says deserves attention. “This technology can analyze large amounts of data in the healthcare sector. So-called “predictive analyzes” can be carried out with this. But without violating the patient’s privacy. TNO takes data protection issues very seriously. This is precisely why TNO is working on optimizing the encryption of patient information via multi-party computing. ”

According to De Krom, the cooperation also forms the basis of the initiative to green the manufacturing sector in Geleen. There is a concentration of great chemical concerns here.

“Arnold Stokking, who is driving the initiative within ENZuid, didn’t come from TNO entirely by chance. He understands exactly what is needed for such an enormous task. It is very gratifying that this type of initiative has been taken up by the government, knowledge institutions and the business community alike. “

The success of this type of innovative technology therefore depends on generous investments in research and innovation. As well as working with industry. As the Germans showed in the past crisis. And what if it were up to De Krom that the Netherlands could take as an example. This is exactly where TNO can lend a hand.

“Take, for example, the development of hydrogen for the energy transition. That is only possible on a large scale. You need all possible partners who can bring this type of technology to market. TNO can make connections, create ecosystems, and ensure business is on board. Because in order to get from a true-to-scale model to a pilot plant, you need partners who are willing to invest in them. With the in-house knowledge and experience we have, we can help scale these innovative technologies. For this we have a broad network of chain partners. It’s not for nothing that establishing connections is key at TNO. We call it “orchestrating innovation”. “

NMU Including New Grasp’s Program In Out of doors Recreation

Climbing Kilimanjaro for a trigger