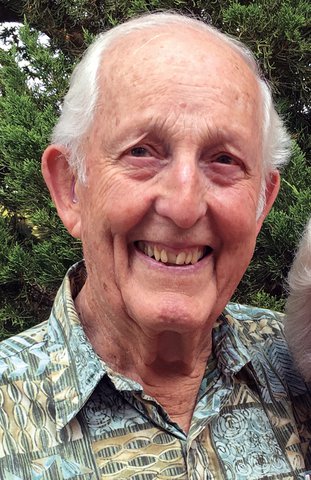 Bill Bilson, who founded a sporting goods store in downtown Ceres in 1956 and served on the Ceres School Board from 1969 to 1973, died Friday.

The services will be private. A celebration of life will take place at a later date.

“He was a great man,” said daughter-in-law Andrea Bilson.

Bill and Ms. Betty opened Bilson’s Sporting Goods in 1,000 square feet of the building now fully occupied by Alfonso’s Mexican Restaurant on Lawrence Street. At that time Ceres had about 7,000 inhabitants. He found that business was compatible with family life and that a sports business was linked to his interests as a hunter and fisherman; and as he was good at repairing guns, bicycles, and boat engines.

The business reappeared after moving to the southeast corner of Fourth and North Streets, so he later bought the building in 1959 or 1960. Bill bought Bart’s Sporting Goods on Lander Avenue in Turlock and made it his second store, but he couldn’t manage both stores, so he closed the Ceres store and stayed as a resident. His son later ran Bilson’s in Turlock. Bill and Betty were involved in Christmas tree sales when Bill was a member of the Ceres Lions Club and served as president for a while. Bill served as a trustee on the Ceres School Board from 1969 to 1973.

After living in Ceres for 42 years, Bill and Betty moved to Modesto 25 years ago.

Bill was born in Modesto on February 10, 1929, attended schools in Ceres and grew up with Ronald and Claire Berryhill, Floyd Sneed and Leroy Cunningham, who later became police chief.

In a 2016 interview with The Courier, Bill recalled that Fourth Street had wooden sidewalks as a boy. He also remembers the bars used to tie up horses.

Bill’s family settled in Ceres in 1901 when his grandfather, William Bilson, a baker, came from Michigan. An uncle, Albert Bilson, owned and operated a barber shop behind the former Ceres Drug Store on the northwest corner of Fourth and Lawrence in the early 1900s. His father Cecil graduated from Ceres High School in 1918 and became a baker and worked for the Zenardi family bakery.

Bill later attended Lincoln School in Modesto – it no longer exists – where one of his classmates was Maryellen, became Mrs. Clare Berryhill. Bill and Clare went to college together after Bill graduated from Modesto High School in 1946.

Bill served in the Air Force from 1951 and met his future wife, Betty Gayle Thomas, at a dance in Greenville, Miss. The two married two days after graduating from the Air Force in 1952. Bill flew 100 air-to-air combat missions aboard F-86s during his 10-month deployment during the Korean conflict. After serving overseas, Bill returned to Nellis Air Force Base, where he was an air-to-air gun instructor for two years.

After retiring from the Air Force in 1955, the Bilsons moved to Ceres.

Survivors include his 69-year-old wife; and four children and their spouses Debbie Holtzclaw, Steve and Jeanne Bilson, Susan and Roger Bent, and Brad and Andrea Bilson; and 12 grandchildren; and four great-grandchildren.

With outside use larger than ever, the query must be requested...