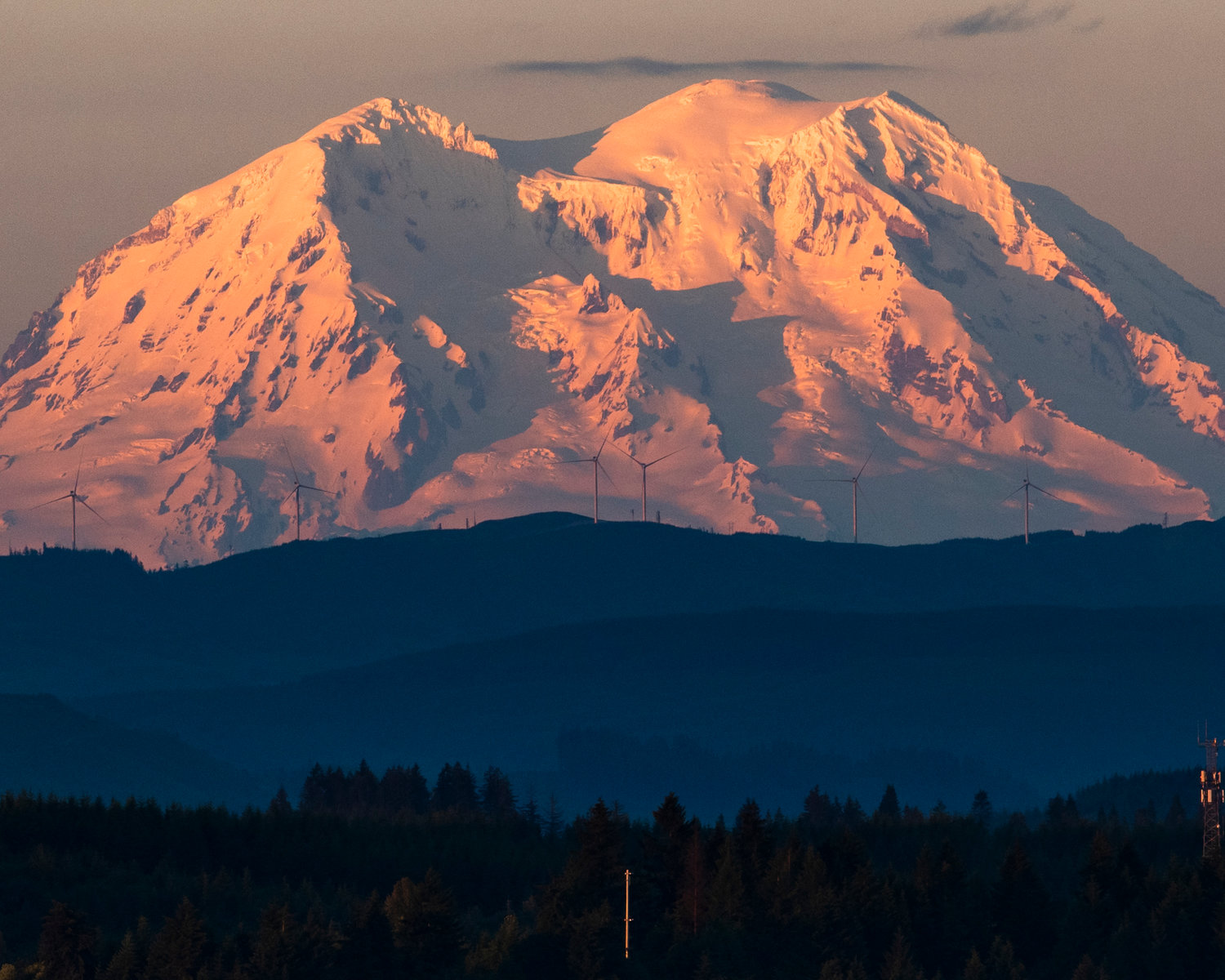 By Luke Thompson / The Yakima Herald-Republic

With stunning photos and harrowing stories, Jim Wickwire explained his passion for Willis Wall to a sold-out audience at the Yakima Valley Museum’s Speaker Series on Wednesday night. The 82-year-old said those daring ambitions stemmed from the early mentors who shaped his approach to climbing – the Ellensburg brothers Bill and Gene Prater and Dave Mahre of Yakima Valley.

“For them, it wasn’t about climbing the mountain using the easiest route, it was about taking more difficult and challenging routes,” Wickwire said. “If it was an unclimbed route, all the better.”

He ended up seeking those challenges around the world, including on Denali and K2, where in 1978 he became the first American to scale the second highest, and perhaps most dangerous, peak in the world. Wickwire also made four attempts on the north face of Mount Everest and details many of his exploits in a 1998 memoir.

But Wickwire never elaborated on his four ascents of Willis Wall, one of the first places where he demonstrated the skill and daring required to push the known limits of mountaineering. When central Washington author and lecturer WD Frank invited Wickwire to share his stories as part of the museum’s climbing focus, the Ephratian native decided it would be a great opportunity to come out of retirement.

The Willis Wall remained virtually untouched prior to Wickwire’s first ascent, although a relatively unknown climber named Charlie Bell claimed to have made unauthorized solo ascents in 1961 and 1962.

Wickwire said he didn’t think the effort would be definitively proven over the next 11 years, as he spoke to Bell to compare notes and photos and find sufficient evidence to support the claims. But it still left much uncharted territory on the most daunting obstacle of Rainier’s north face.

Mahre began exploring the area as early as 1955, and Wickwire recalled learning about it in 1961. The clear avalanche danger under imposing ice cliffs left three “ribs” as the safest route, so named because they face not far from the mountains.

In 1963 Mahre chose the East Rib as the most viable route and invited Don Anderson, Wickwire and his longtime friend Fred Dunham to join the attempt to reach Liberty Cap. Wickwire and Dunham set out two days early to assess the route and give them their first personal look at Willis Wall.

“I have to tell you, it’s really impressive to be under something like that,” Wickwire told the delighted audience. “The ice cliffs at the top are just amazing.”

He conceded that photos could only do enough to show the true extent of the climb, which began at 10:30 p.m. from base camp to reach the base of the face at dawn. From there, the group began a grueling climb on less than ideal rock, and they would eventually see the bad weather’s impending arrival.

Of course, there were no satellite weather reports at the time, and Wickwire said most storms came from the other side of the mountain without warning. They still managed to reach Liberty Cap, but there was still a difficult journey down ahead.

Despite some challenges with Anderson so exhausted he lay down in the snow, the group successfully descended the same Mowich Face route the other three had climbed a week earlier. Wickwire said her unprecedented rise received widespread local recognition and even some national publicity.

More bad weather and precarious shelters almost spelled disaster for Wickwire on his next two adventures on Willis Wall.

The first occurred in early February 1970 when he, along with Seattle architect Alex Bertulis, made the first known winter ascent. This time they decided to climb the west rib and first explored it from the air, only to find that the perspective on the ground was vastly different.

They focused on speed to avoid rockfalls and avalanches, hoping to find another complete route without having to go right to Liberty Ridge. A small avalanche just ahead of Bertulis motivated them to move even faster, and they eventually excavated a small platform to spend the night 60 feet under the base of an ice cliff.

After hearing massive avalanches nearby on a sleepless night, they changed course to belay via a tricky traverse with five different inclines and abseil about 75 feet down an ice cliff. A complete whiteout from another storm prevented them from reaching Liberty Cap, but they successfully made it down Liberty Ridge to safety.

Another good weather forecast turned unexpectedly bad in May 1971 when Wickwire joined his friend Ed Boulton for another ascent of the Willis Wall. On the way up, Boulton navigated them to a safe spot on the east rib just before a massive ice avalanche tumbled down the gully where they had just climbed, and Wickwire said they narrowly avoided a fall from about 3,500 feet when he nearly slipped while on an unreliable backup.

It turned out that the danger was only going to get worse.

The storm forced them to take refuge in a small cave for the night before climbing through waist-deep snow to Liberty Cap. They then built a snow cave, which collapsed after they left, leaving much of Boulton’s gear – including his goggles – inaccessible.

Wickwire admitted a busy spring hadn’t left him in peak climbing shape, and he collapsed when the weather finally cleared enough to descend. Boulton returned to support his friend as he led the way down and avoided deadly crevasses on Emmons Glacier by watching snowballs he kicked down the mountain.

“I was never closer to dying in the mountains than that night up there,” said Wickwire, a stunning statement from the man who survived one of the most infamous solo bivouacs in climbing history, more than 27,000 feet above sea level on K2.

They spent three days at Schurman Hut waiting for gale force winds and then a few hours at the White River Campground ranger station before finally heading out onto Highway 410.

Eight days into their journey, they stopped a snowplow driver who took them to safety.

Wickwire’s speech ended with a brief description of his last ascent of the Willis Wall in 1974, a detour route he climbed with friend Dusan Jagersky.

Photos of maps by noted climber and author Fred Beckey showed the many routes that led up the face, which is still too impressive and intimidating for most climbers today.

Wickwire noted that no one has ever died climbing the wall, not least because those few brave enough to climb it know how to treat it with respect.

He is only aware of six people who have climbed it in one day since 2010. But while some of the Willis Wall’s mystique may have disappeared thanks to Wickwire’s exploits, following his speech he shared some thoughts on how the inspiration it provided for him can still apply to generations to come.

“You start to think, ‘Gee, it’s too late to make any kind of mark on this world,'” Wickwire said.

“Everyone has done everything, that’s how it feels when you’re a kid. It turns out there’s always a lot more than meets the eye.”

Twins’ Miguel Sano climbing out of the ditch

Easy methods to OPEN A BOTTLE

So You Desire a Bike That Can Do It All?