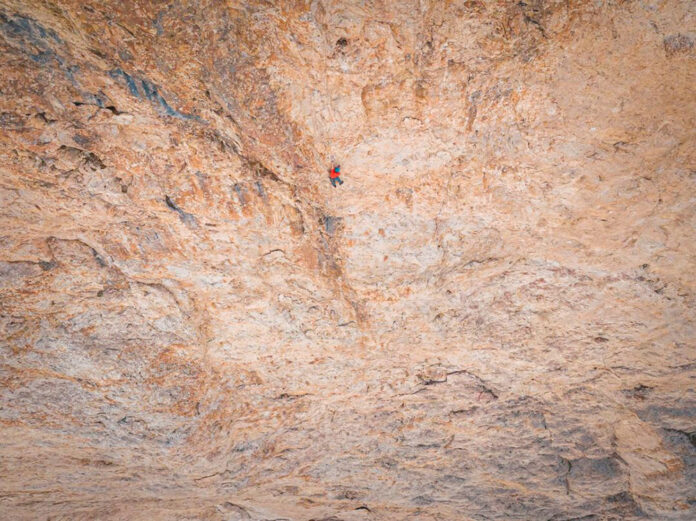 On 20/06/2022 South Tyrolean mountaineer Jonas Hainz made a free solo ascent of Moulin Rouge on Rotwand / Roda de Vael (2806m) on Rosengarten. This is one of the most important free solos in the Dolomites in recent years.

On 20 June 2022 South Tyrolean mountaineer Jonas Hainz carrier out an audacious free solo by climbing Moulin Rouge without a rope. The route ascends the imposing overhanging Rotwand face in the Rosengarten group of the Italian Dolomites and was established precisely 20 years ago by his father, none other than world-famous mountain guide Christoph Hainz, and Oswald Celva. The 400m line is widely considered one of their absolute masterpieces.

The free solo was carried out in just 1 hour and 5 minutes and while the difficulties are somewhere in the region of 7b/+, it’s clear that this is nothing more than a number that loses all meaning. Especially when the route in question tackles a wall of this magnitude, up yellow rock festooned with hand and footholds of dubious quality.

The ascent can easily be defined as one of the most important free solos in the Dolomites in recent years. While waiting to find out more directly from Hainz Jr, here is the video documenting his feat.

Everybody On Tenting Journey Simply Will get Out Of Means Whereas...

  Stewards of Alternative take heart stage at 2022 Outside Economic...