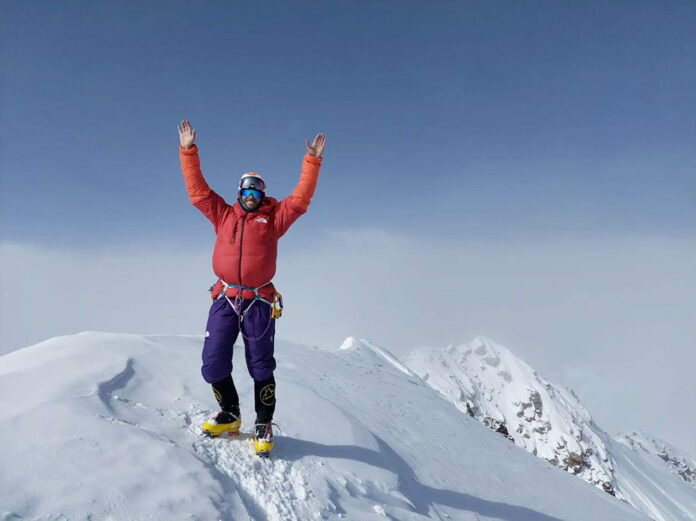 Italian mountaineers François Cazzanelli, Pietro Picco and Jerome Perruquet summited K2 on 28 July 2022. The three climbed the second highest mountain in the world without supplementary oxygen, and all are now safely in base camp.

On 28 July 2022, the three Italian alpinists Francois Cazzanelli, Pietro Picco and Jerome Perruquet reached the summit of K2, at 8611 meters the second highest mountain in the world.

After successfully climbing Broad Peak and Nanga Parbat, the Aosta Valley guides rested for a few days at K2 Base Camp and then. given the good weather window, they decided to quickly try the mountain as a team.

They departed on Monday 25 July from BC and were forced to stop at C2 because it had started snowing. On Tuesday morning they set off towards C3 and had to break trail, helped by a number of extremely strong Sherpas operating on the mountain. On Wednesday 27 July they reached C4 at 8000 meters and rested here for a few hours. At 21.15 local time they started their summit push: the weather was perfect, there was no wind and stars lined the sky. Picco reached the summit at 08.00 local timen, while Cazzanelli and Perruquet summited at 08:30. The trio climbed without supplementary oxygen and all three returned – euphoric – safely to base camp.

Camandona, who summited Broad Peak and Nanga Parbat at the start of this expedition, remained at BC to coordinate the K2 ascent with the AROL boss Sergio Cirio, friend and patron. Unfortunately another team member, Emrik Favre, had to leave base camp due to bronchitis and decided therefore to return to Italy with the K2 trekking expedition led by Roger Bovard.

That is cool. Take pleasure in a 3D expertise of the...