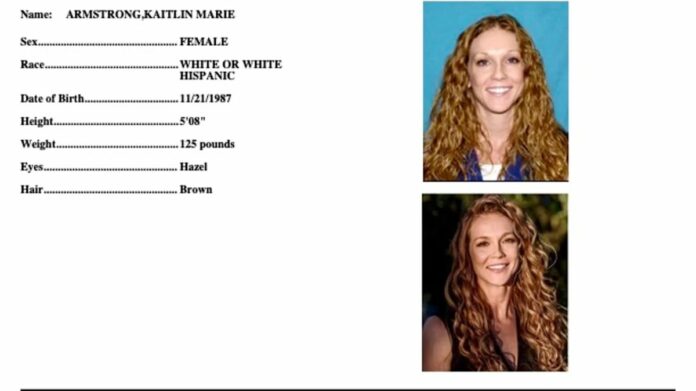 This piece originally appeared on VeloNews.

Kaitlin Armstrong, the Texas woman wanted in the shooting death of Moriah Wilson, is now in police custody.

U.S. Marshals officials confirmed to VeloNews that Armstrong was apprehended by authorities in Costa Rica overnight.

“She was captured yesterday in Costa Rica,” a spokesman from the U.S. Marshals office said.

The U.S. Marshals Office of International Operations, Homeland Security Investigations, and the Department of State Diplomatic Security Service, working with authorities in Costa Rica, located and arrested Armstrong on June 29 at a hostel on Santa Teresa Beach in Provincia de Puntarenas.

Armstrong, 34, will be deported and returned to the U.S. where she will face first-degree murder charges.

Armstrong, who has been on the run following the May 11 shooting of Wilson in Austin, Texas, is currently in police custody in Costa Rica.

The search for Armstrong dates back to May 17 when a warrant was issued for her arrest in Wilson’s murder.

Armstrong, whose vehicle was seen at the scene of the crime, was questioned by Austin city police on May 12 in relation to the murder investigation, but was released due to a discrepancy with her date of birth in their computer system.

When Texas authorities issued a warrant for Armstrong’s arrest on May 17, the 34-year-old had already fled the area. Surveillance video spotted her boarding flights from Austin to Houston and then to New York on May 14. Authorities believed she may have been traveling under a fake name.

Armstrong was last known to have been seen at Newark’s Liberty airport on May 18, a day after Austin police issued the homicide warrant for her arrest.

Last week, authorities revealed that Armstrong sold a black Jeep Grand Cherokee to an Austin, Texas, car dealer for $12,200 one day before she fled the state. Similar vehicles are being sold for close to $30,000, and authorities believe she used the cash to hatch her escape.

Law enforcement authorities had recently widened their search, charging Armstrong with a federal crime of unlawful flight to avoid prosecution and upping the cash reward.

Armstrong’s apprehension will close one chapter in a heartbreaking story that has ripped through the tightly knit gravel cycling scene and made international headlines.

Wilson, 25, was one of American off-road racing’s rising stars, and her tragic death provoked an outpouring of support and sympathy from across the cycling community. She was recently honored in a celebration of life in her hometown of East Burke, Vermont, and other memorials have been held from Austin to San Francisco to New York City.

Once back in the United States, Armstrong could face several charges, including first-degree murder, which is a capital crime in Texas and could result in the death penalty.

New COVID circumstances down after climbing over 200 the earlier week

Climbing mortgage charges push homeownership out of attain for a lot...