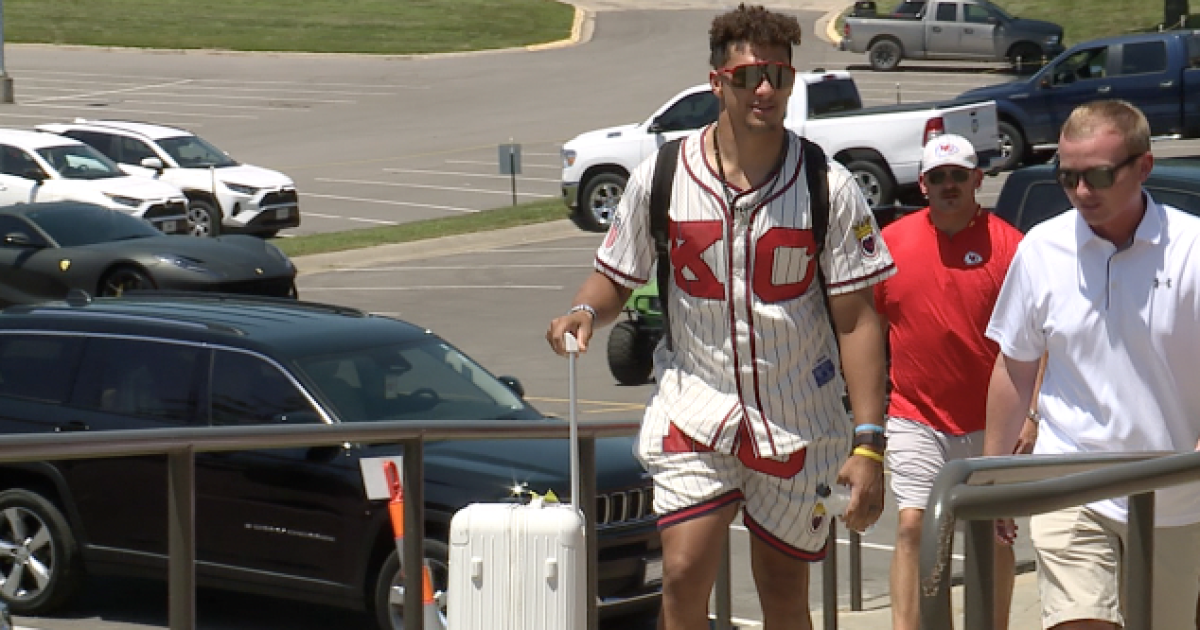 For the 12th year in a row, the Chiefs will hold a training camp at Missouri Western State University in St. Joseph, Missouri.

On Friday, rookies and quarterbacks reported for duty.

“You know, it’s crazy, I actually forgot everything,” Moore said. “I had to wake up at 3:30 for a 5am flight and I like to lock myself out of my hotel in Tampa so I have to get my suitcase shipped overnight so I forgot everything.”

Moore said his bags should arrive by Saturday, but until then he plans to carry the gear the Chiefs are handing out to players for camp.

Other rookies like cornerback Trent McDuffie did their best to prepare for Andy Reid’s training camp.

With temperatures feeling in the triple digits, McDuffie remembered to bring his luggage but also a few extra items.

“Two fans, that’s for sure. I heard you need fans to get out of here, so I’ve got two fans and a nice little double bed,” McDuffie said. “I thought it was going to be a small bed, but I have some space to lay out, so it’s better than I thought it would be.”

Team activities start over the weekend, with the first full practice starting on Monday.

Rock Climbing With A Sherp At Moab Appears to be like...

Learnings from Second Outside Business Summit Deemed Impactful – by Jan...