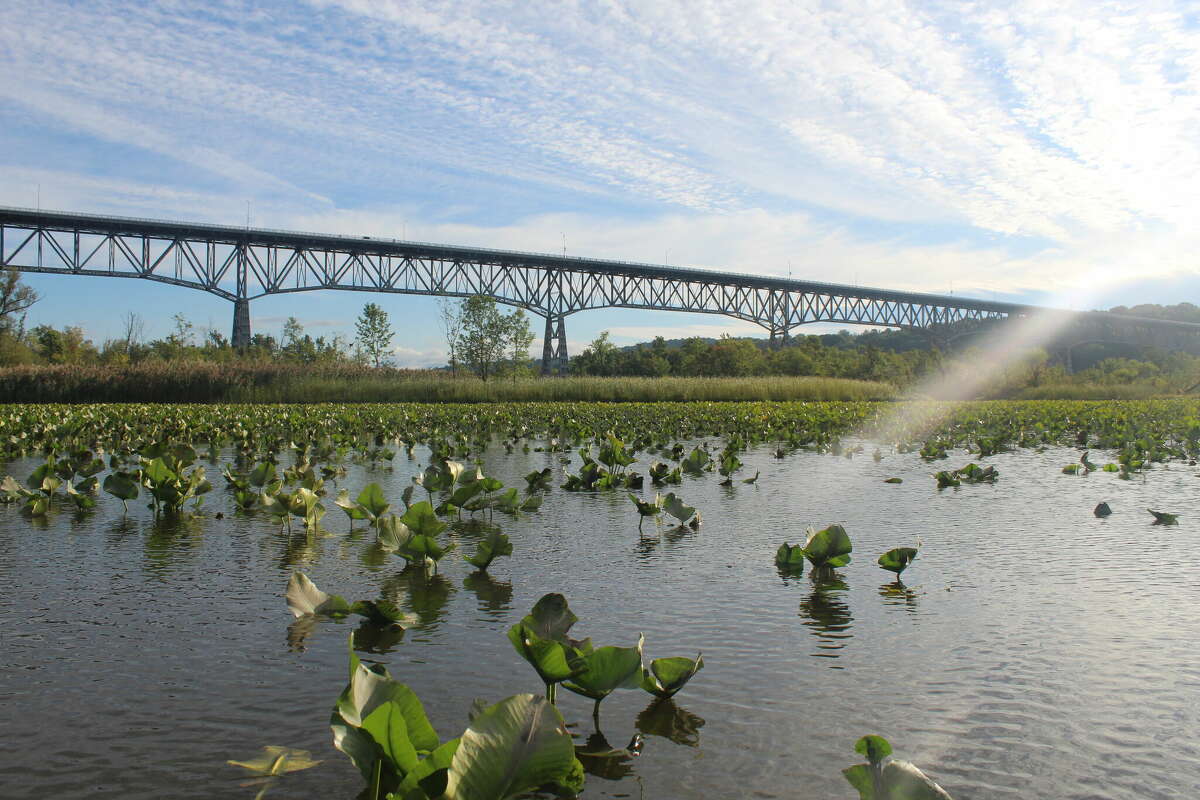 COXSACKIE – Seven uninhabited islands lie in the Hudson River between Columbia and Greene counties, only a few hundred feet of water separate them from the riverside villages.

The largest is a mile and a half long; the smallest almost disappears at high tide. All are only accessible by kayak or other small boats.

In January 2020, then-Governor Andrew Cuomo proposed incorporating the islands, all of which are state lands, into a new river park, calling it “New York’s first water-based linear park” in his budget meeting. The effort would include improvements to five state boat launches — at Schodack Island State Park, Crailo State Historic Site and the communities of Athens, Coxsackie and Hudson — to allow kayakers and other boaters to explore the wild northern third of the Hudson River Estuary.

Although only the Coxsackie launch has been completed, it opens a door to access the River Isles and witness their splendor.

The village of Coxsackie from the Hudson River.

According to Michael Krstovich, owner of Screaming Eagle Outdoor Adventures in Athens, getting to the islands can vary greatly in difficulty depending on the day – and even the time – for a boater.

“It’s the Hudson River … it’s different every day,” he said.

The main factors, according to Krstovich, are the current and the wind. The Hudson Estuary — the portion of the river south of Federal Dam in Troy — is tidal, and therefore flows north on rising tide and south on falling tide. The indigenous Lenape tribe called the river “Mahicantuck”, loosely translated as “the river that flows in two directions”.

Then there’s the wind. The river’s unobstructed nature allows winds to blow at speeds far greater than those on land. Not only are the winds difficult to paddle, but they can throw up small, choppy waves.

The winds are strongest in July and August, Krstovich said.

“We get these high heat days and we get thermals that come off the mountain tops and they just roll down into the river valley and the Hudson River is like a wind tunnel,” he said.

It’s best to start in the morning and evening to avoid the winds, Krstovich said. Boaters can also check the tide charts before hitting the water so they can paddle with the current.

A red fox I photographed (with a camera to be clear) from my kayak on the Hudson River near Stockport Middle Ground. #cute #animals @editricks pic.twitter.com/dZ9T6WAleK

Nature abounds on and around the islands. Paddlers can spot Osprey, Great Blue Heron, Greater Cormorant, Great Egret, Red-tailed Hawk, Green Heron, Rough-winged Martin and various ducks and gulls on their trip, as well as sightings of Bald Eagles, which have become a wild catch and a common sight in the area in recent years.

For all their beauty, the islands are not natural.

Beginning in the late 19th century, the US Army Corps of Engineers began altering the river to create and maintain a shipping canal.

Initially, wooden and stone dikes were built along or between the existing islands, according to Dan Miller, habitat restoration coordinator for the state Department of Environmental Conservation. The levees were intended to “stabilize (the islands) and focus the river flow through the main channel to increase the scour in the main channel and make it deeper”.

As the river was dredged, the resulting material was deposited behind the levees and between islands to further narrow the shipping channel, Miller said.

As a result, many of the smaller islands were joined into the islands we see today.

John Lipscomb, the vice president and co-director of the science and patrol program for conservation group Riverkeeper, said before European intervention: “The structure of the river was determined by the geology and geography of the Hudson Divide and its valley. “

Before the 19th century the upper third of the estuary was shallow, consisting of a series of braided channels and a multitude of small islands which were the result of deposited sediments from the upper Hudson and Mohawk rivers as they tumbled towards the Hudson Valley, where the persistent Altitude made the water creep slowly, Lipscomb said.

Some of the islands were connected to the mainland by dredged debris, Lipscomb said, becoming peninsulas. Some of these peninsulas—Shad Island, Beeren Island, Schermerhorn Island, and others—still bear the names of their original landforms. 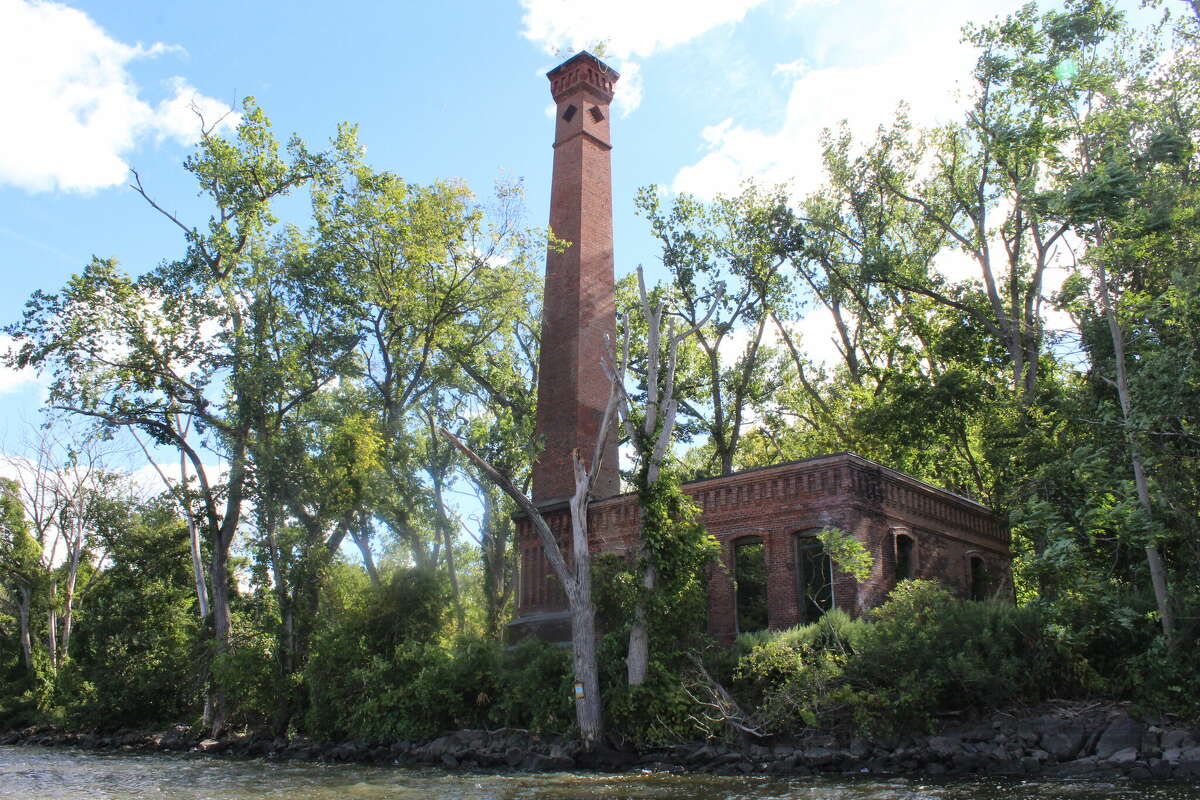 The ruins of the Scott Ice House near Nutten Hook, across the river from the Coxsackie Boat Dock. The ice house stored frozen chunks of the Hudson River during the warm months for transportation upriver and downriver in the days before refrigeration.

Hudson Middle Ground Flats, a more than a mile long forested island between Athens and the city of Hudson, was once a shoal, according to Lipscomb, but has been elevated to an island by dredge spoil. Stockport Middle Ground, about five miles north near the mouth of Stockport Creek, is also an elevated shoal. Schodack Island, now an eight-mile peninsula running north-south under the Castleton-on-Hudson Bridge, was once a series of smaller islands, according to Lipscomb.

Krstovich said Hudson Middle Ground Flats is his favorite island and the most accessible. Paddling to the island from Athens avoids the shipping channel that runs along the east side of the river and offers calmer waters. 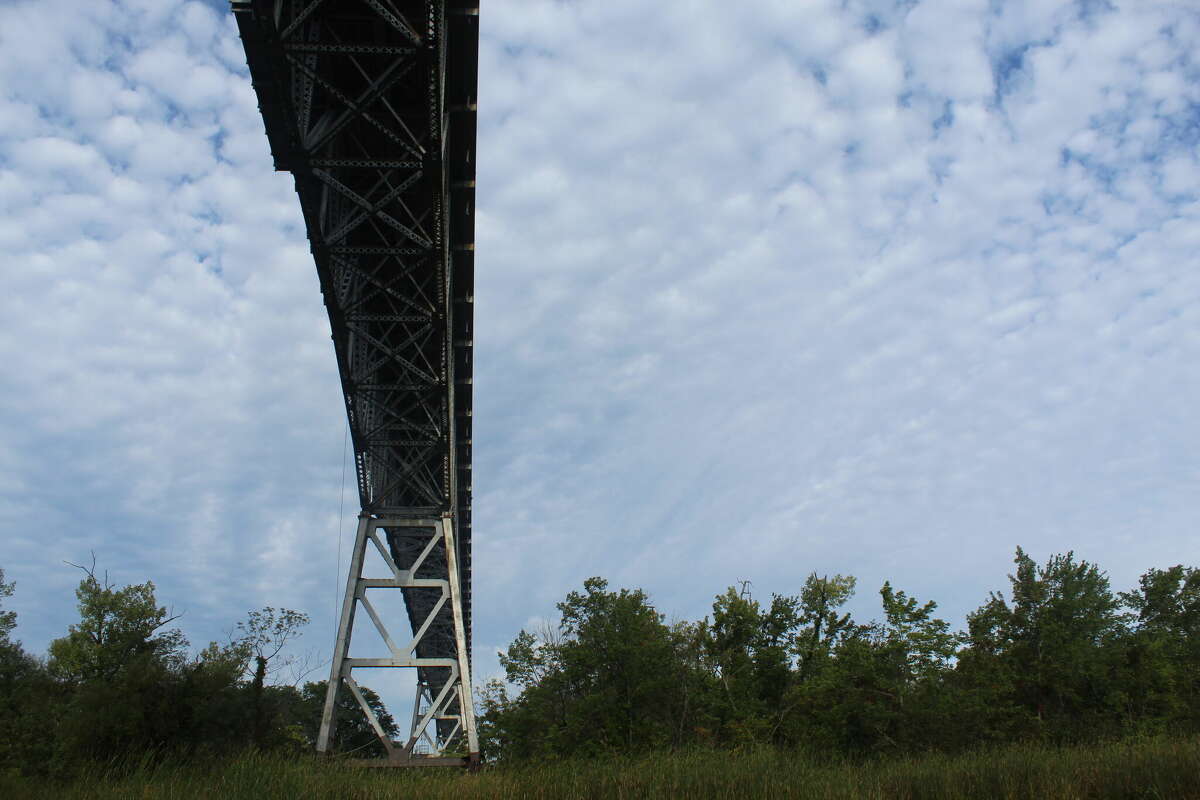 The Rip Van Winkle Bridge crosses Roger’s Island near the village of Catskill on the Hudson River.

Further south, under the span of the Rip Van Winkle Bridge, is Roger’s Island, which the DEC says consists primarily of tidal marshes and forested wetlands and tidal flats. Most of the island is so deep in the water that you can’t walk on it – but you can kayak across it. A canal that winds through the center of the island is accessible from the south of the island.

But the two islands closest to Coxsackie’s new state park boat launch are Coxsackie Island and Rattlesnake Island. The former is about a mile north of the jetty (less than 20 minutes of paddling if going with the current), the latter about a mile beyond. 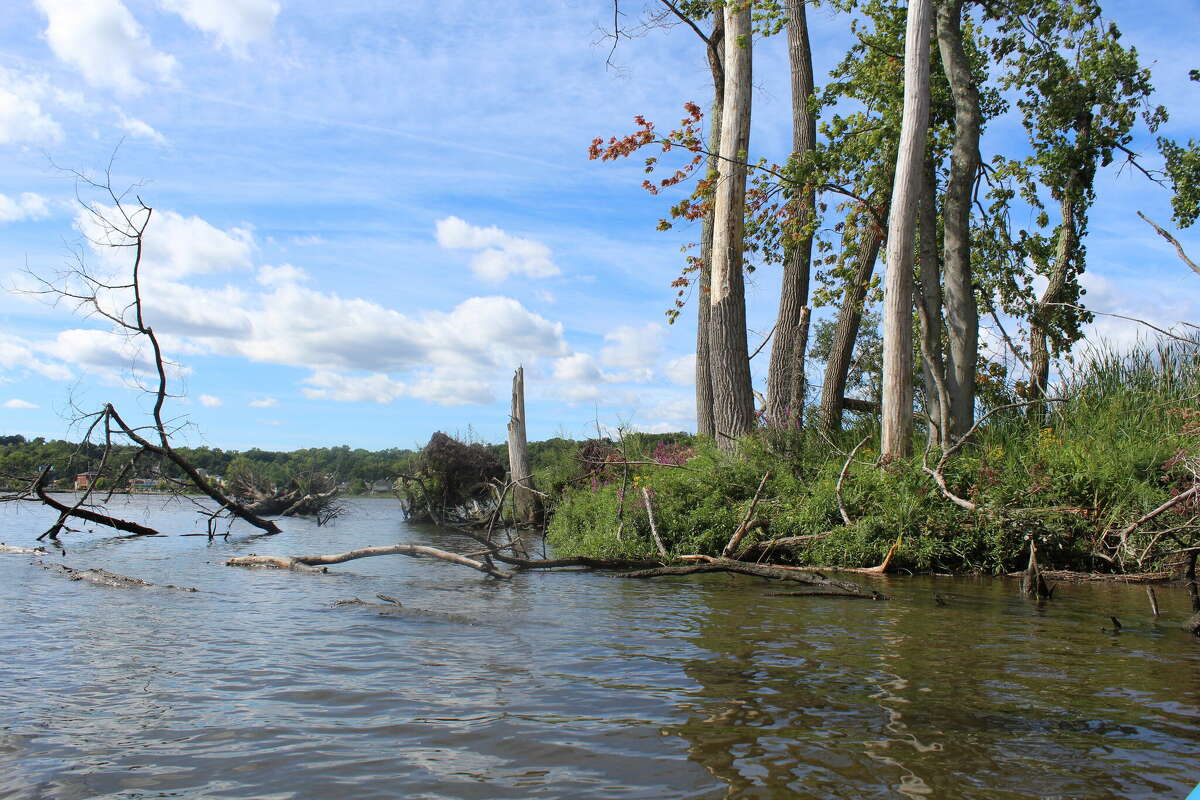 It might take days to explore all the islands, but it’s time well spent. Though man has altered the islands, nature has taken its place, and finding wilderness in the northern Hudson Valley is just a short paddle ride away.

Do These Sun shades Really Make You Happier?

Getting out within the nice open air | Well being and...