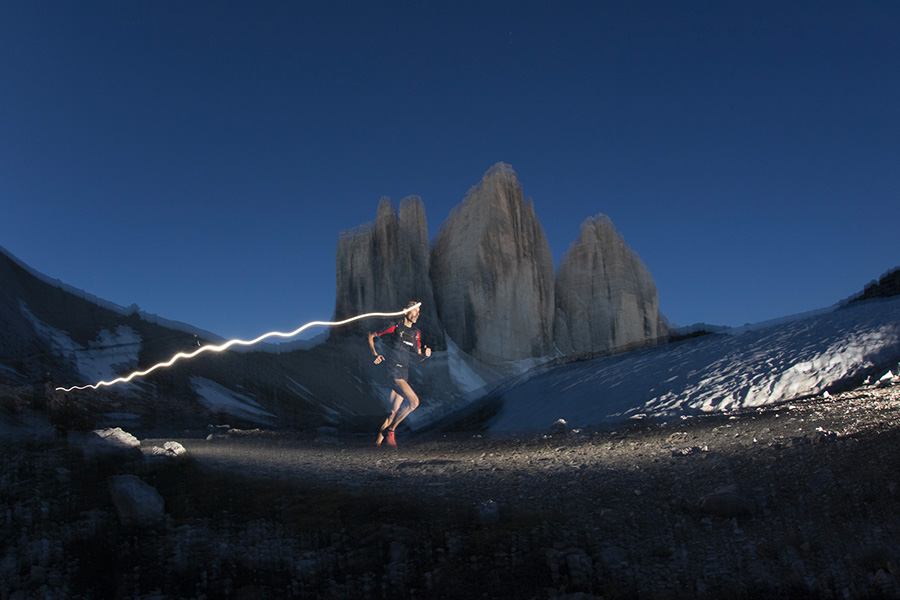 From Thursday 24 to Sunday 27 June in Cortina d’Ampezzo (Dolomites, Italy), 3,800 athletes will take part in the 14th edition of the La Sportiva Lavaredo Ultra Trail, one of the most important rail running competitions in the world.

After a one-year stop caused by the COVID-19 health emergency, we have a return to running and competing on the Ampezzo trails of the Dolomites, a UNESCO world heritage site. The protagonists are almost 4,000 athletes representing 50 countries. This participation represents a success and an important recovery for the whole trail running community. Four days of races for four events with starting and finishing lines in Corso Italia.

The first test will be the Cortina Skyrace (6th edizione): 20 kms and 1,000 metres of elevation gain. It starts at 5 pm on Thursday 24 June and 330 athletes are competing. The time limit is 4 hours.

The next morning, Friday 25, sees the kick-off of the Cortina Trail (9th edizione) in which 1,350 runners tackle 48 kms and 2,600 metres of elevation gain with 12 hours to complete the course.

The most prestigious race, La Sportiva Lavaredo Ultra Trail, will get underway at 11 pm on Friday 25 June with a 120 km route and 5,800 metres of elevation gain. The 1,350 registered runners have 30 hours to complete the race during which they will run in the shadow of Cristallo and Tofane, Sorapiss and Tre Cime di Lavaredo, Pomagagnon and Croda Rossa, Croda da Lago and Averau. An athlete to watch is Andreas Reiterer (Team La Sportiva) from Avelengo in Alto Adige, recently graduated Italian Trail Champion, who will try to bring the men’s LUT podium back to Italy after 8 years. Another big favourite is the French champion Xavier Thevenard, the only athlete who has won all the Mont Blanc Ultra-Trail race distances, from 50 to 160 km. Also fighting for the lead positions are France’s Germain Grangier, Germany’s Hannes Namberger and Spain’s Andreu Simon Aymerich and Tofol Castanyer, who is the “veteran” of the elite athletes’ group. All eyes are also on the former mountain running champion from Lombardy, Marco Degasperi.

On 8 am on Saturday 26 the newest of the LUT events will kick off, the UltraDolomites (2nd edizione) which starts in Sesto (Bolzano) with 80 kms and 4,100 metres of elevation gain. The time limit is 12 hours and there are 780 participants.
All the races will have staggered starts, 400 athletes every ten minutes. Race bib numbers, which have been assigned on the basis of participants’ ITRA (International Trail Running Association) ranking, ensure that the fastest athletes start in the first grids, thus avoiding gatherings and overtaking as much as possible.

At this time the Organizers are fine-tuning the final details of the event which is included in the exclusive Spartan Trail World Championship 2021 circuit.

“After many months of work and uncertainty, we have finally made it”, affirm Cristina Murgia and Simone Brogioni, the event coordinators. “There was some concern about the amount of snow still present at high altitudes but the high temperature of the last few days is helping us, and we’ve taken some practical steps to ensure that the routes will remain the original ones. In relation to the routes, fundamental support has been given by the Alpine Rescue Service, the Club Alpino Italiano and numerous volunteers, which together with the municipal administration of Cortina are irreplaceable partners. We ask all participants to respect the anti-COVID regulations and hope that they can live their experience of the La Sportiva Lavaredo Ultra Trail to their utmost satisfaction.”

Why You Ought to Care About Your Car’s Payload

Snorkel the Pigeon River with Haywood Waterways | Outside

Mountain ladies would be the focus of the third UIAA Mountain...

Outside recreation set to reopen in Hamilton on Saturday – Hamilton

In Protection of Shirtless Bike Dude