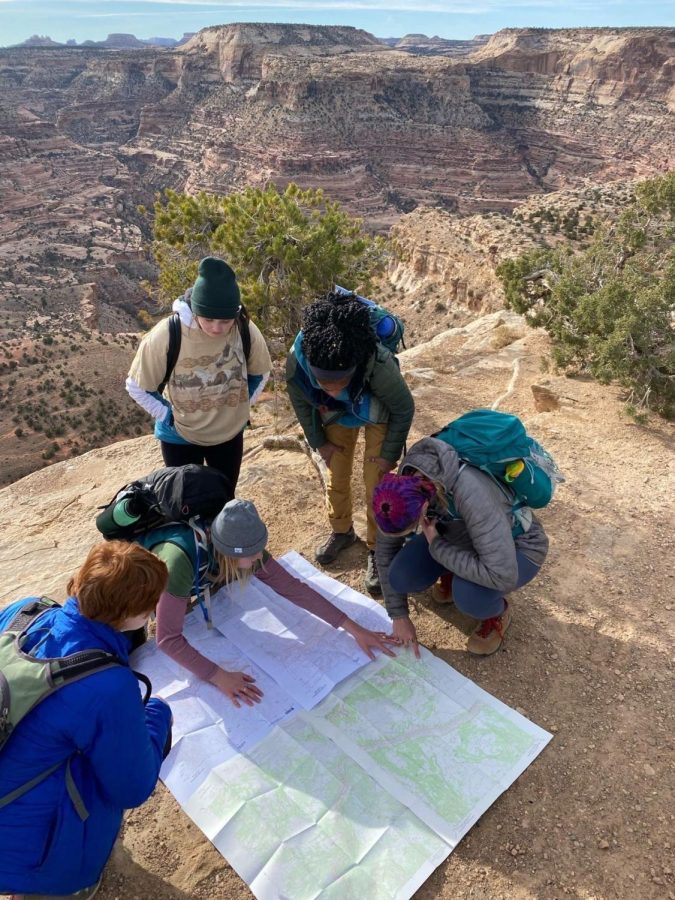 In the past, outdoor sports and recreation were male-dominated, and University of Utah student Emma Taylor experienced her fair share of disadvantages as a female member of a backpacking trip. When she returned home, she was “fired up” after feeling left out of opportunities her male colleagues had seized.

She brought those concerns to her friends and classmates Katie Wehrly and Gabriella Sanzo, who were all reflecting on the gender gap in outdoor communities, particularly in Utah.

This led to the formation of the Women’s Outdoor Leadership Initiative this past fall semester, with Taylor as President and Wehrly and Sanzo as Co-Founders and Co-Vice Presidents.

“We’re just a group of self-proclaimed women who like to do things in nature,” Wehrly said. “The idea is to give girls the confidence, skills, empowerment, friendships and community to feel comfortable and empowered when they step outside.”

The Women’s Outdoor Leadership Initiative is an open-minded club that invites women, who aren’t necessarily outdoor experts, to join and learn, Wehrly said.

The club’s official biography reads: “We aim to provide women with the skills and knowledge they need to go backcountry safely – from backcountry navigation to wilderness medicine to just knowing how to climb someone’s rock face secured.”

The club Organic also says“Historically, outdoor recreation has been a male-dominated world with the ‘brother mentality’ that can be an intimidating environment for beginners, especially as a woman.”

They want to change that at the Women’s Outdoor Leadership Club.

While the club is primarily intended for the empowerment of women and non-binary people, they have several “allies” in men who are outdoor enthusiasts. They also have allies in the other outdoor recreation-focused groups on campus.

“There was an event last spring where we partnered with all the outdoor clubs in the U,” Wehrly said. “There were probably six or seven of them and we had a really big cookout on the Union lawn.”

The club primarily communicates with members through an official Instagram page and a GroupMe message thread. Scheduled events often occur every two weeks, but members often gather together to participate in activities on a whim.

Fall brings new recruits and a renewed interest in the outdoors, Sanzo said.

“I love that WOLI is a safe place to get involved, like at any skill level,” she said. “It’s not meant to be an intimidating outdoor hardcore thing. It’s meant to be, come if you’re interested, you’re more than welcome.”

At its core, the Women’s Outdoor Leadership Initiative believes that the outdoors should be enjoyed by all and seeks to continue to empower women to do so.

These Weekend Warriors May Save Your Life

The whole lot You Want for Mud and Wind Season

COVID-19 circumstances climbing once more in Hamilton — greater than it...