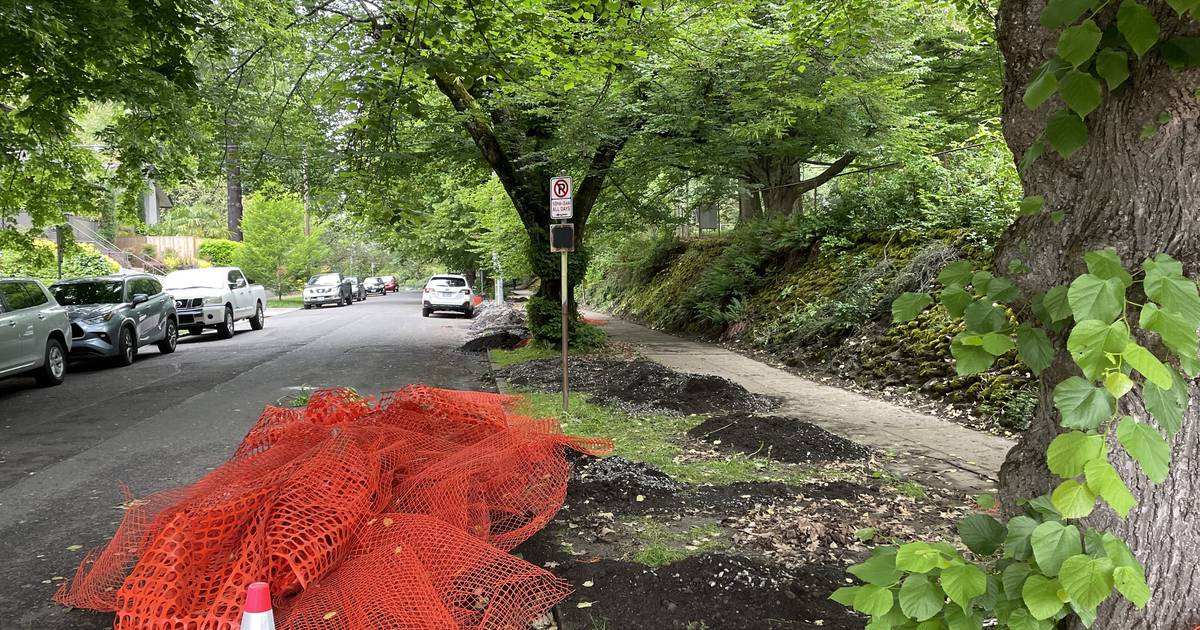 On Saturday, a group of people in the Laurelhurst neighborhood installed over two dozen planter boxes along a street next to Laurelhurst Park to discourage vacant campers from pitching their tents again.

For more than a year, some residents of the southeast Portland neighborhood have been trying to clear two of the streets adjacent to Laurelhurst Park – Southeast 37th Street and Southeast Oak Street – of tents, cars and their occupants.

Although homeowners successfully lobbied the city last summer to clear the streets over reports of gunfire inside the camp, campers in tents and cars were moving back onto the sidewalks within days of the cleanup. Since then, the camps have been removed several times, but each time it only took days for the sidewalks to fill up again.

Those two streets, and the fierce backlash from the Laurelhurst Neighborhood Association, continue to illustrate the rising tensions being provoked by the city’s homelessness crisis. Perhaps nowhere in Portland is the debate about those living outside so intense: Neighbors are calling for city action and occasionally taking matters into their own hands, while left-wing activists promise to defend the camps’ right to exist.

This time, frustration at the city’s inability to keep its streets walkable has prompted ad hoc hyper-local attempts to do just that.

Pictures shared with WW, taken by activists supporting homeless campers, show about 10 people shoveling dirt and gravel from two large mounds into wheelbarrows, which are then awkwardly placed in the planters, which look like water troughs. Orange fences, likely erected by the city after a recent purge — the city cleared Oak Street and 37th Street for removal the last week of May — surround the planters.

On Sunday morning someone had dismantled and removed all the flower boxes. The remains that remained on Monday were sparse: just small piles of dirt and gravel along the park strip. The orange fence was balled up and left on the sidewalk and street.

It’s not the only recent example of property owners taking such an initiative. Last week, the Portland Mercury reported that prominent developer Jordan Schnitzer installed bike racks outside of one of its Northwest buildings. Although Schnitzer did not respond to his request for comment, observers speculated that he installed the racks to deter campers.

Leaders from the Laurelhurst Neighborhood Association did not respond to WW’s questions about whether they would attempt to re-erect the planters. It is unclear whether this action was officially sanctioned by the LNA or was an action by a select few members. LNA declined to comment on those questions, in addition to others such as whether they sought permission to install the planters.

Sources close to the issue tell WW that many neighbors in the area were unhappy that select members of the neighborhood association decided to purchase and install the planters.

The patch of grass between the street and the sidewalk where the neighbors have placed the planter boxes is owned by the city but maintained by the property owner who sits behind the strip. There are few rules as to what may be planted or installed on these strips, and the city will not inspect a strip unless a complaint is made.

However, one of the uses that is expressly not allowed without permission, with some exceptions: plant boxes.

Planter boxes are considered an “encroachment” on public land.

“Planters and other private infrastructure on public paths, such as e.g. B. the area between a sidewalk and the curb, generally require a [permit] of PBOT,” PBOT spokesman Dylan Rivera told WW. “We have not received any applications for planter permits on SE 37th Avenue in the Laurelhurst Park area.”

(It’s also not entirely clear whether the objects installed by the neighborhood are technically planter boxes. They’re metal and appear to be watering troughs. But that could be a moot point: Permanent or temporary structures on public pathways are, too prohibited unless authorized.)

The LNA, along with some other agency, has applied to the city for such a permit, says the Portland Bureau of Transportation, which oversees this particular type of permit.

The park office says it was only aware of the planter boxes after they were installed.

Cody Bowman, a spokesman for Mayor Ted Wheeler, said that “these actions were not affiliated with the City of Portland.”

Methods to Soar-Begin a Useless Battery