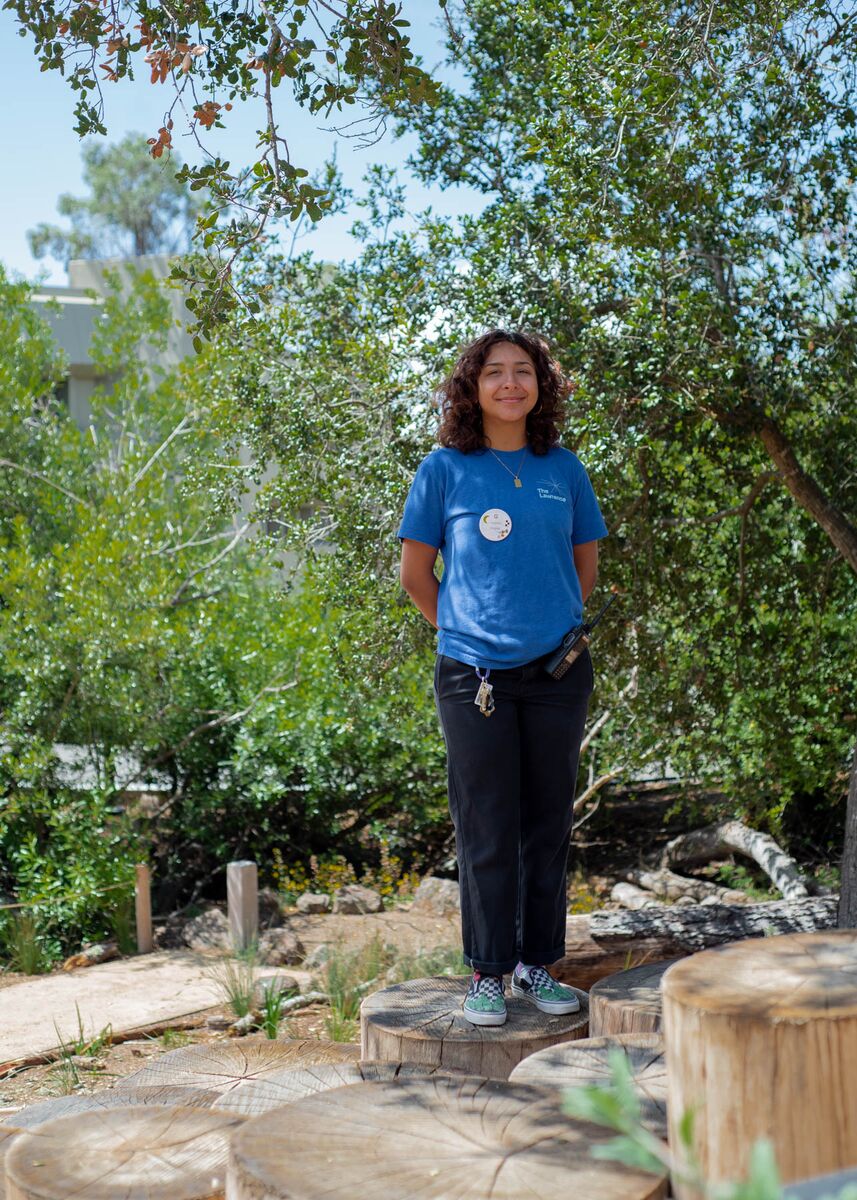 Lawerence Hall of Science associate Gisela Tarifa stands on a staircase made of logs at the Outdoor Nature Lab. Credit: Ximena Natera, Berkeleyside/CatchLight

For some who attended California public schools, outdoor science camps organized by the school could bring fond childhood memories of spending time exploring the great outdoors and learning about native plants and wildlife. Some made trips to Yosemite National Park; others spent several days in the Santa Cruz mountains.

But others, including Lawrence Hall of Science presenter Gisela Tarifa, never had the opportunity to attend outdoor camps growing up.

Tarifa hopes the UC Berkeley science center’s new Outdoor Nature Lab, which opens to the public on Sunday, will help bring outdoor science education to those who can’t afford the expense of attending overnight field trips.

The $3.25 million, 32,600-square-foot outdoor learning area is the science center’s first major expansion in 20 years, with $500,000 coming from a 2018 grant from the California Department of Parks and Recreation. The space consists of an outdoor classroom, a picnic area, and several viewing platforms.

Spotting scopes on tripods are set up on the platforms so kids can spot the nearby wildlife – everything from deer to red-tailed hawks and Berkeley’s famous peregrine falcon, if you’re lucky. Staffers are also handing out binoculars, magnifying glasses, and macro lens tapes that allow smartphone cameras to take extreme close-up shots. Remaining remains of a now removed pine tree covered in mint green lichen are popular. So do insects. 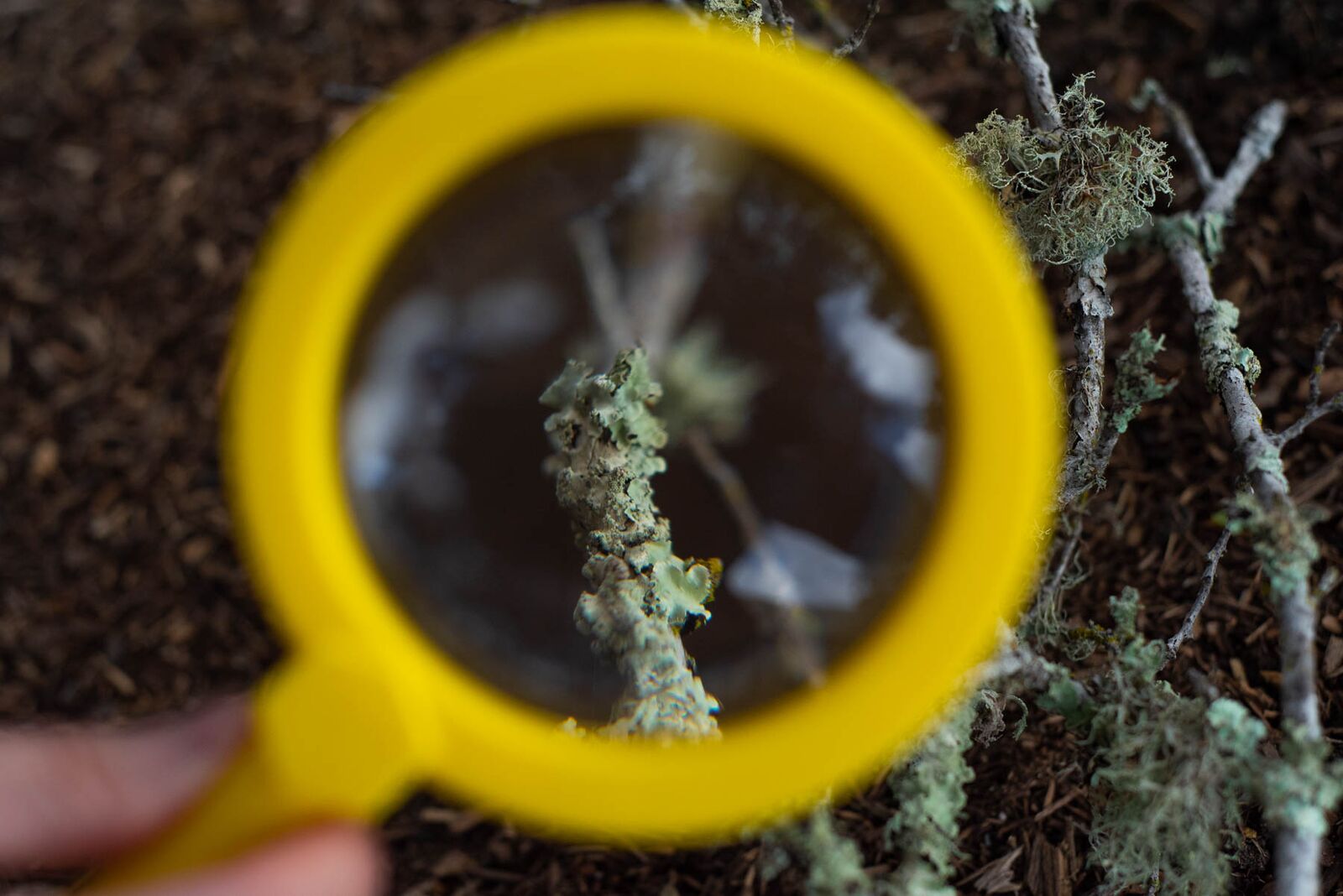 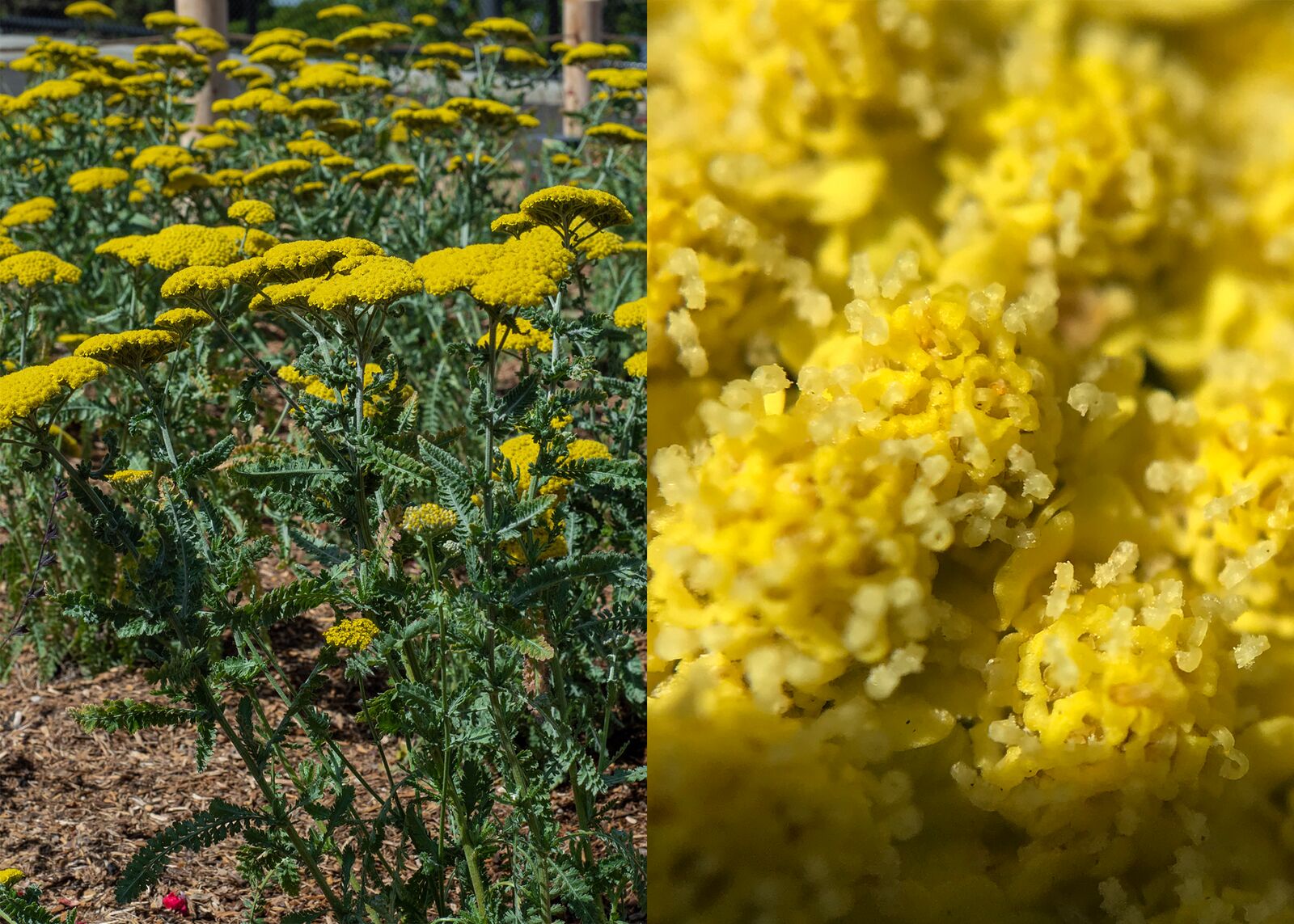 Accessible from the lower level of the museum, the new outdoor space was built on what was once an empty grassy patch of weeds. Native vegetation including manzanita seedlings was planted. 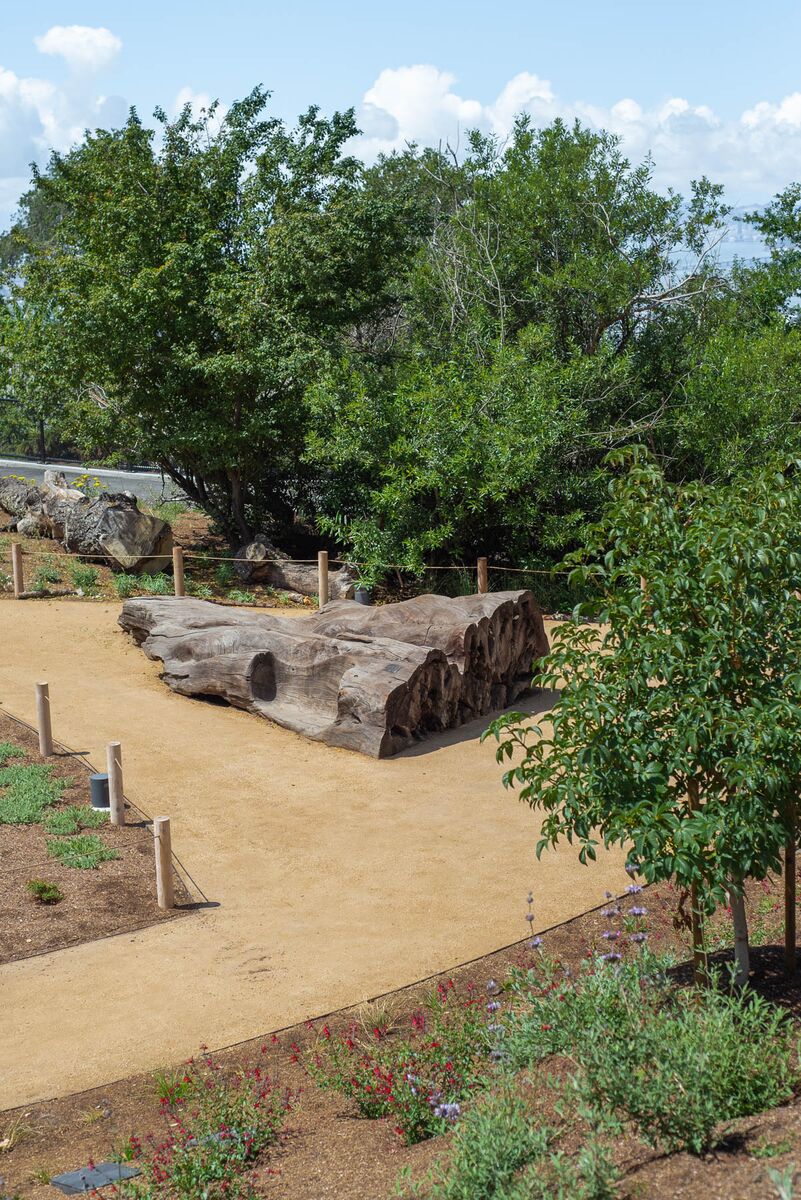 This dead redwood tree that kids can climb over was formerly on display at a Santa Rosa mall. Credit: Ximena Natera, Berkeleyside/CatchLight

Eva Chao, public education expert, described a learning activity called I’ve Noticed, I’m Wondering, conducted in space, that encourages children to think like scientists and ask questions about the world around them.

“Most of us have the gift of being able to perceive things, either with our eyes or ears or our sense of touch… You don’t need fancy equipment, you don’t need fancy shoes, you often don’t need, even expertise,” Chao said. “Everybody can participate.”

Chao wants to show kids that they don’t have to be a field biologist to “experience a connection to nature that’s not just emotional, but scientific.” Nature is everywhere, and that is why the museum wants to encourage children to use their observational skills – not only within the gates of this space, but also in their daily lives.

“You feel like you have to have the right equipment, and that can get pretty expensive,” Chao said. “But what if access to nature was a little more democratic? We can all get outside, we can all enjoy it the same way, and there are no barriers.”

The museum’s last major expansion, Forces that Shape the Bay, opened in 2003 and offers 180-degree views of the San Francisco Bay. The next big project for the museum involves a renovation of its Animal Discovery Zone, which houses educational animals from chinchillas to a 35-year-old turtle.

Admission to the Outdoor Nature Lab is included with museum admission ($20 for museum visitors ages 3 and older). Admission will be reduced to $5 on opening day of the lab, June 19.

Correction: The headline in a previous version of this story gave the wrong day for the Outdoor Nature Lab to open to the public. It opens on Sunday June 19th. The story was also changed to clarify that a grant from the California Department of Parks and Recreation did not cover the full cost of the project.

Iris Kwok covers the environment for Berkeleyside through a partnership with Report for America.

Can you help us make a difference?

Berkeleyside reporters and editors are dedicated to covering our city and providing you with the information you need to be an informed citizen. If you appreciate what you get from Berkeleyside, please join us with a tax-deductible donation so we can continue to do the local reporting that matters to you.

Will you Chip in Berkeleyside today?

The Gear Our Editors Cherished in January

Pedal 2 the Folks Is Constructing a Neighborhood of BIPOC Cyclists