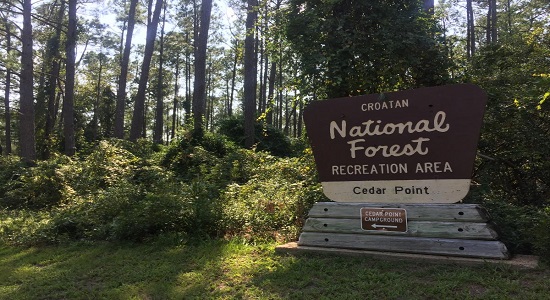 Just before midnight on Friday, a man and woman from Marine Corps Air Station Cherry Point were camping in a tent when they were hit by a truck, according to Maj. David McFadyen of the Craven County’s Sheriff’s Office.

The truck driver, an active member of the military, fled the scene. The suspect and the vehicle were later arrested by authorities at Marine Corps Base Camp Lejeune. The suspect was taken to the Craven County Sheriff’s office for further questioning.

Both victims were taken to Vidant Medical Center in Greenville with serious injuries. Officials say they are in stable condition.

The Craven County Sheriff’s Office is investigating this case through the North Carolina State Highway Patrol and NCIS. Anyone with information is asked to call the Craven County sheriff’s office.

No further information is currently being published.

“It Was a Method to Hold His Spirit Alive”

How This Surfer Nourishes His Thoughts and Physique

Outdoors Information: Our selections matter: outside ethics | Outside