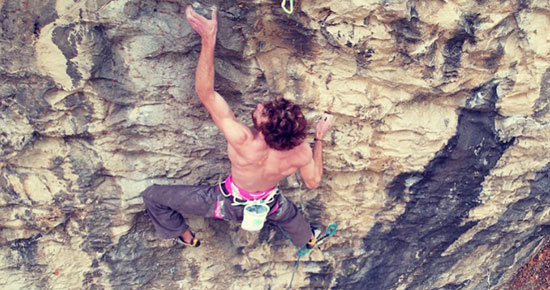 At Orgon in France Loïc Zehani has made the first ascent of Chikane, 30 intense moves now graded 9b. In December 2021 the 20-year-old established the hardest route at Buoux, Jusqu’au bout du mond 8c+/9a.

In the mid-90’s Orgon was one of the most difficult crags in France, with many routes created artificially in order to require a hitherto unseen level of stamina and endurance. The Canal sector was seen as a sort of vertical laboratory, an outdoors training apparatus prior to competitions indoors. At some point, however, the crag lost its attraction and the avant-garde moved elsewhere.

Now Frenchman Loïc Zehani has thrust Orgon back into focus with his first ascent of Chikane, an intense 30-move 9b freed after two months of effort. The 20-year-old has previously climbed one other 9b, Obsession freed at the same crag in 2019, and has repeated a dozen routes between 9a/+ and 9a+/b.

In late 2021 Zehani spent some time at Buoux, another French crag that helped shape the history of sport climbing. After briefly attempting Bombé bleu unsuccessfully, he made short work of an old François Legrand project immediately to the left of Tabou Zizi in the sector that in the ’80’s attracted all the very best in the world, Bout du monde. The route is now called Jusqu’au bout du mond and the grade put forward is 8c+/9a, making it – for the time being – the most difficult route at this historic crag.

Twin traces to be added in any respect public outside racquet...