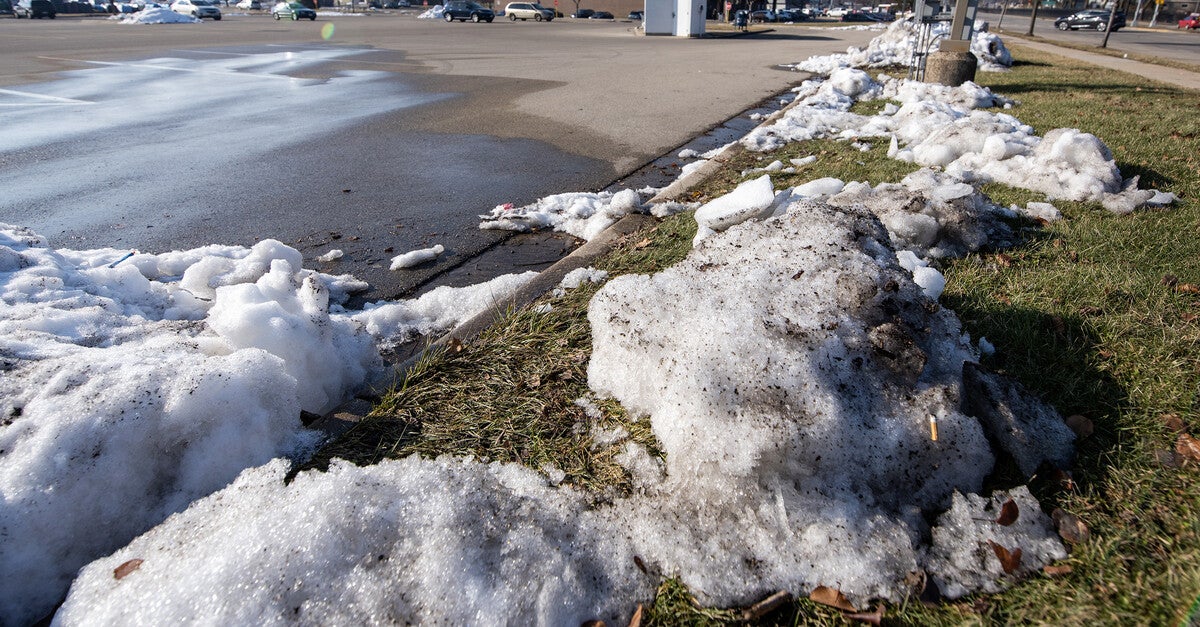 A warm start to the Wisconsin winter is prompting some local snow removal contractors to get creative at a time when there is little to no snow on the ground.

Only 7.6 inches of snow has fallen in the Milwaukee area since December 1, 2022, according to the National Weather Service. That’s not the lowest total on record, but it’s 9.3 inches below the rate expected this winter time. Southeast Wisconsin and other parts of the state have also experienced warmer temperatures after much of the state experienced freezing temperatures during the Christmas holiday.

For the coming weeks, the Weather Service is estimating more of the same — warmer temperatures and little to no snowfall.

This is affecting many popular recreational activities across the state, from outdoor ice skating to cross-country skiing. But it’s also impacting snow removal companies, many of whom rely on heavy snowfall as part of their business plan.

Edward Woulard is the owner of WeaDoIt Lawn Services and Snow Removal in Milwaukee. He started the business with his cousin last year. Woulard said snow removal should account for about 40 to 50 percent of their total business. But that has not been the case so far this winter.

“As far as winter goes, it’s really challenging for us,” said Woulard. “We really had to find other things to do to make money to pay our bills because of our weather here.”

That has prompted Woulard to “hope and pray” for more snow in the coming weeks and months.

“That’s what we’re relying on these months,” Woulard said of the snow removal portion of his business.

The slow start to winter has prompted Racine’s Belle City Lawn Care, LLC to think outside the box. They’ve decided to open up their trailer, snow blower, and lawn mower repair shop to keep them busy while things slow down.

“Given the lack of snow, we are offering some great deals to keep our employees busy,” the company wrote on its Facebook page.

KEI, a landscaping company in Oak Creek, also needs to get creative.

Kujawa said his employees worked on maintenance projects at their facility while cleaning their trucks and lawn mowers.

“We try to do as little as possible in terms of layoffs because we love to employ our people and work, which gives us the opportunity to do some internal projects,” he said.

Snow removal accounts for about 25 percent of KEI’s sales. But when there’s little work to be done with clearing snow, Kujawa said he allows some of his employees to collect unemployment.

“So right now for some of these guys it’s just a waiting game and that’s getting boring,” Kujawa said. “People tend to get a little tired of it and it is what it is and over the years we’ve learned to deal with it and work around it.”

A 2021 report released by the Wisconsin Initiative on Climate Change Impacts found that Wisconsin winters are getting warmer. This can adversely affect tourism throughout the state during the winter months, as many tourist resorts rely on consistent snowpack and frozen lakes for recreational activities.

Meanwhile, a 2012 economic study by Protect Our Winters and the Natural Resources Defense Council found a $1 billion loss and up to 27,000 fewer jobs nationally due to decreasing snowfall patterns and changes in many Americans’ outdoor habits.

Despite this, the Wisconsin Department of Tourism says that “interest in winter outdoor recreation remains high.”

“We remind travelers that despite the unusual lack of snow in some parts of the state, many ski and snowboard hills and some cross-country trails are making their own snow,” Trost said in a statement.

Christopher Fons is an organizer at Riverwest People’s Ice Rink in Milwaukee. Usually around this time of the year he organizes an ice hockey tournament that takes place at the ice rink.

But this year he is not sure if the tournament will take place because of the warm temperatures.

“I keep telling people I don’t know if we’re going to host the tournament and it’s a shame, people are really interested,” said Fons.

The Gear We Used to Take a look at Resort Skis...

Selecting Up the Items After Angela Madsen’s Demise on the ‘Row...

First Journey: The 2023 Santa Cruz Tallboy Will get Up to...