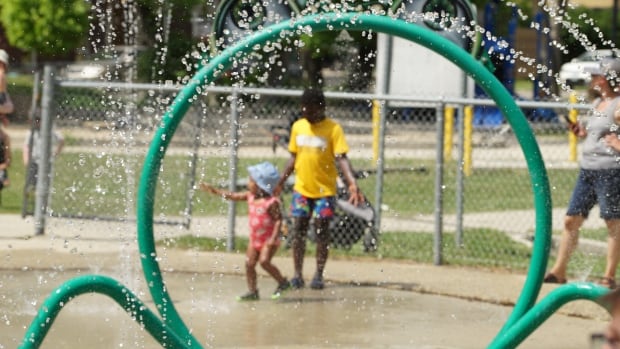 The city of Winnipeg is no longer a “gold standard” employer, according to a new report because low wages mean it’s struggling to retain and hire key middle-class employees — and the quality of services provided by 311, libraries and outdoor recreation facilities will decline until changes are said to be made.

“People may have noticed this summer that paddling pools were closed, libraries reduced hours, and 311 wait times increased significantly,” said Niall Harney, a senior researcher at the Canadian Center for Policy Alternatives and one of the authors of the Think Tank report.

“These are all results of extremely low wages for these positions.”

The city is also struggling to hire and retain handymen, mechanics and librarians – positions that require education and training certificates – because wages for those positions have not remained competitive or matched the required training, according to the report.

“The City of Winnipeg used to set the standard for quality jobs in the city,” Harney said in an interview Wednesday. “It’s now setting a standard for low-paying, crappy jobs. It’s setting a bad example for other employers across the city.”

CBC has reached out to the city for a response.

Since 2010, staffing in libraries has fallen 26 percent and in recreational departments by 23 percent, the report says. While downsizing the city’s workforce can save money immediately, the report says staff shortages, which lead to a deterioration in the quality of public services, will cost more in the long run.

Decreasing the quality of 311, libraries and outdoor recreation services particularly impacts the quality of life of vulnerable people like inner-city youth, Harney said, and compares poorly with increased funding for police.

“This indicates that the city is not interested in tackling the root problems of crime – these are problems of poverty and social exclusion,” he said.

As an example of declining services, the report cites the closure of Happyland Pool in St Boniface on weekends this summer, which angered local residents. The city, which relies on summer students to fill minimum-wage jobs, blamed a shortage of lifeguards for the reduced operations.

The report also points to increased wait times for callers to the city’s 311 service. Despite efforts to reduce wait times, they rose to 11 minutes in 2021 — a nearly 50 percent increase from the previous year, the CCPA report said.

The starting wage for a 311 customer service representative is $14.11 an hour, they say.

A gradual increase in Manitoba’s minimum wage to $15 an hour will boost the paychecks of many public employees, but the report says even that is no longer a living wage due to inflationary pressures.

Significant action is needed from the city rather than “blindly hoping” the economy will cool, the CCPA says.

The most important out of doors rink within the Dallas/Fort Price...

Colorado Out of doors Recreation Business Workplace to Host Assembly in...

How Chuck Sams Plans to Repair Our Nationwide Parks