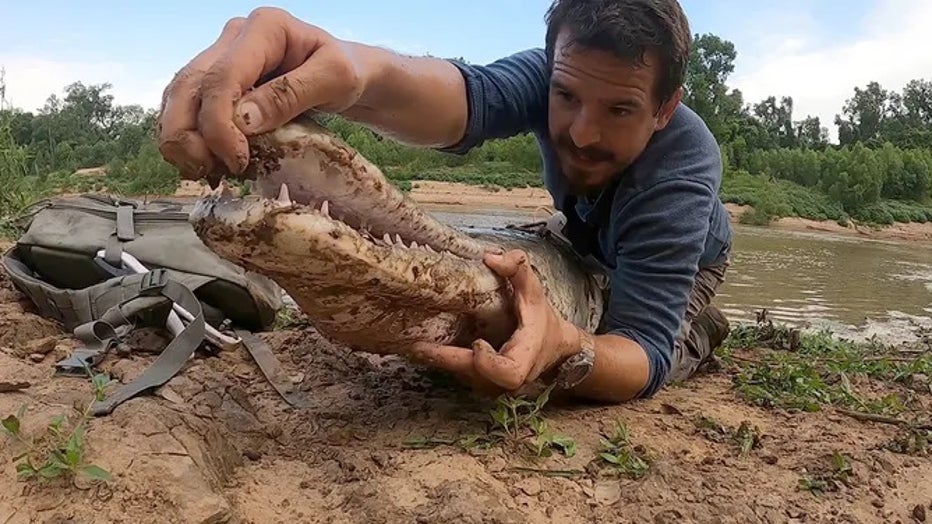 Alligator gar is the second largest freshwater fish in North America, after the white sturgeon. The Texas state record for rod and reel is 279 pounds and the current world record is 327 pounds. (Payton Moore / WILD LIFE YouTube)

SUGAR LAND, Texas – Ask YouTube angler Payton Moore about the biggest fish he’s ever hooked, and he’ll tell you it was like walking a Tyrannosaurus Rex in the muddy waters of a Texas bayou.

According to Moore, the massive 8-foot-2-inch alligator gar weighed an estimated 300 pounds. He said it was the largest such fish ever filmed alive in North America, but that’s not an official record.

“When you see me next to this giant fish, it makes it a little bit easier to believe it was that big,” he said.

Fishing was something the 32-year-old man from Sugar Land, Texas, a suburb of Houston, did from time to time as a kid. It became a passion when he started thinking about expanding his career as a conservation educator.

Moore admired the work of extreme angler Jeremy Wade of Animal Planet from “River Monsters” and began learning how to fish more effectively, and that was the time his YouTube channel started. He wanted to educate the public about as many freshwater ecosystems in the Houston area as possible. Four years ago, this developed into his full-time job.

Moore went on May 5 to film himself searching for an alligator gar on one of the major rivers that flow through the greater Houston area. He did not want to name the exact location.

“I definitely went out with a big fish, but I was very surprised at how big that fish was,” he said.

He said it’s not the first time he’s been in the area either.

“The last few trips I’ve taken out there, I’ve gone with the conventional wisdom that alligators bite the most at the hottest point of the day,” Moore said.

Traditionally, that has proven true. The hotter it is outside, the more active the Gars are, but in this particular area, Moore had no luck with that strategy. So he ventured out around 7am when temperatures were much cooler.

“I don’t know if that’s part of the reason I hooked the fish, but I cast the bait out and he took the bait about five minutes later,” he said.

He said alligator fish in this river would feed on buffalo fish due to their sizeable population, and mullet were rarer.

He used an 80-pound test line on a trolling reel that resembles a broomstick. It is designed for big game saltwater fish like wahoo and small tuna. He also used a 100-pound wire at the end of his line to ensure the tough and heavy fish didn’t bite them in half.

“There are very few fish like this left. Alligator knuckles are a native species that play a key role in their environment. Efforts are being made to expand protection for these incredible animals, but in the meantime, should you catch one like this, rest assured

It struggled on this line for about 15 minutes.

“The struggle with this fish is that not only was it more powerful than anything I caught at the time, but it was in an area that was absolutely full of sunken trees and huge rock piles underwater,” Moore said .

He said the muscular fish will deliberately walk around tree stumps to break the line.

“They’re very smart and have methods for staying off the hook,” Moore said. “So the struggle was to keep it in a tight spot to tire it out, rather than having it run back and forth, which if it had been able to do that, I probably would have lost the fish.”

Once he had it on shore, he used a lasso rope behind the pectoral fins to land it. 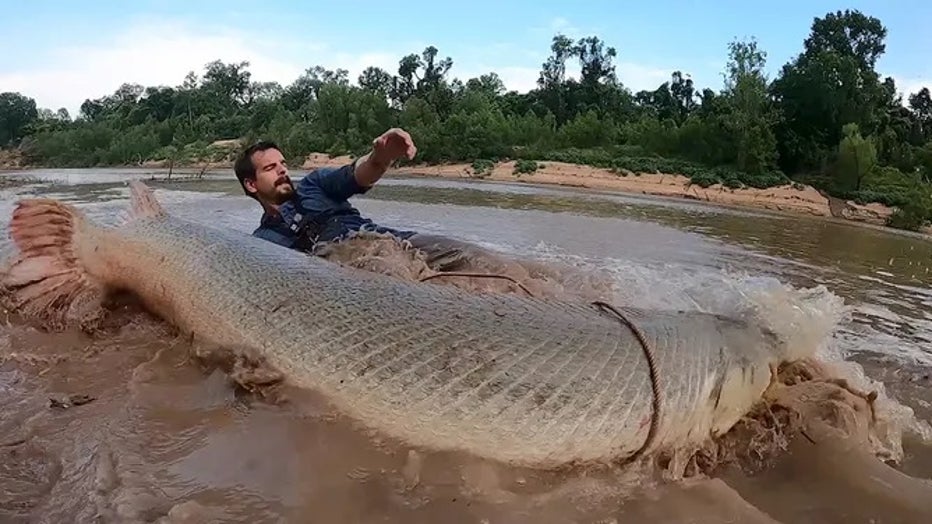 Internally he was freaking out with excitement as he compared the size of the fish to his rod and reel.

“As I did so, I noticed that my 8-foot rod wasn’t as long as the fish, and I immediately realized I had caught one of the biggest fish I had ever seen,” Moore said.

A few others were caught that were larger, Moore said. The largest he knew was 8 feet 5 inches in Mississippi, which was accidentally caught in a net.

“I didn’t want to kill the fish by waiting for a state scale to come out, so I didn’t weigh it,” Moore said. “Well, there’s no official record, but unofficially I broke the state record.”

It also came close to breaking a rod-and-line record catch in North America.

The fish are native to North America. Their range expanded beyond the US, but due to misinformation in the early 20th century, they were believed to be critically endangered. They are currently confined to the far south of the US, some of Mexico, Central America and Cuba.

The most important takeaway for Moore for anyone learning about or seeing one of these animals of this size is realizing that they are a native species that is beneficial to the environment in which they live. 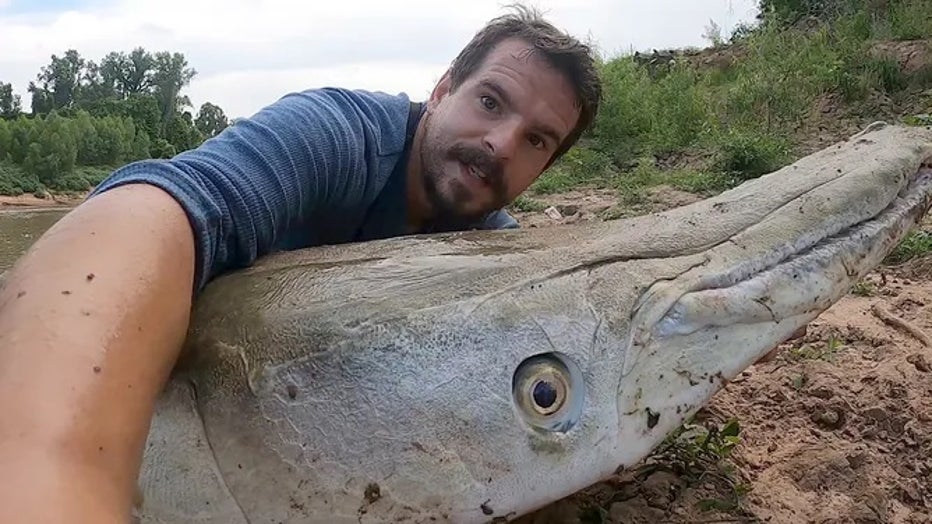 The Texas Parks and Wildlife Department said alligators are getting colossal, and they look like something that should be swimming around with dinosaurs, not bass and crappie. (Payton Moore / WILD LIFE YouTube)

“There is a lot of misinformation being put out by fishermen about the alligator gar that isn’t true,” Moore said. “They are not destroying wild fish populations. You are not dangerous. They will not attack humans.”

For this Texas angler, this prehistoric-looking fish is an excellent piece of natural history that needs to be protected.

US Outside Recreation Merchandise Market Measurement and Progress Alternatives with COVID19...