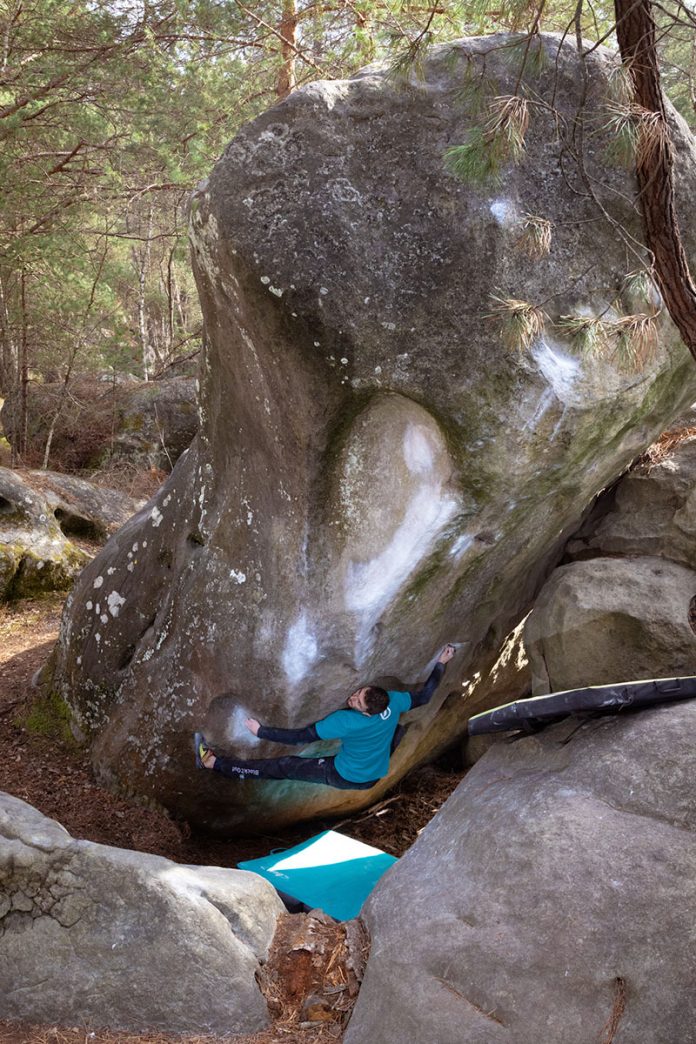 At Fontainebleau in France Manuel Cornu has repeated Le pilier du désert assis direct and suggested an upgrade to 8C+.

After Simone Lorenzi’s first ascent of the 9A Soudain Seul, Fontainebleau is firmly back in the limelight with another cutting-edge ascent, this time at the hands of Frenchman Manuel Cornu who has repeated Le pilier du désert assis direct and suggested 8C+.

As the name implies, the problem adds an obvious direct start to Le pilier du désert, an extremely burly, typical Font prow originally climbed with a jump start by Thibaut le Scour at 7C+ and later with a lower 8A+ start by Fred Nicole.

The sit start was freed only recently by a different climber and graded 8C while Cornu, who started trying the line in earnest at the start of December, now suggests it may be significantly more difficult making it one of the hardest in the forest.

In 2019 Cornu won the Chongqing stage of the Bouldering World Cup and he has been crowned both French Lead & Bouldering Champion. The 27-year-old has previously climbed a series of 8A and 8B problems, but this is the first time he has concentrated all his efforts on just one line. More to the point, almost exclusively on one single move, seeing that “the first move is really hard.” Le pilier du désert assis direct now checks in at 8C+.

What You Missed: Avalanche Kills Skier in Washington State