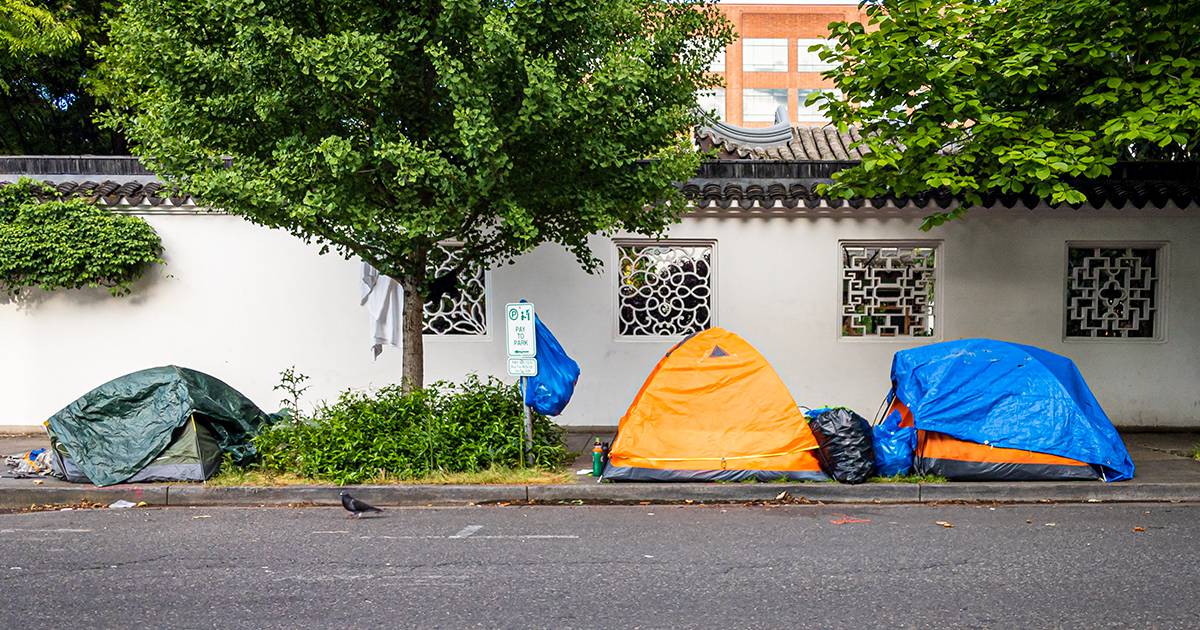 While the mayor’s office told The Oregonian, who first reported the story earlier today, that the plan hinged on convincing the legislature to allocate funds to Portland for emergency shelter, Wheeler’s office tells WW it’s intent on following through with the plan either way.

“He does recognize that we may need to resort to other creative methods to fund these critical resources,” mayoral spokesman Rich Chatman says. “This is an emergency and the mayor intends to handle this with the same determination he would handle help the victims of a weather related emergency: The safety and health of Portlander’s is first priority.”

The Oregonian reported that the sites would offer basic services and that the locations are unknown. The timeline, too, is unclear.

Chatman says Wheeler will use his emergency declaration powers for the plan because “he has decided that this is what is needed to ensure the work is done with the immediate priority it deserves” but added that “the cooperation of City Council and the county chair will be key factors in the success and speed at which his objective to find safe and healthy shelter options for our unhoused neighbors is achieved.”

Chatman adds that no one would be forced to move into a shelter.

Wheeler and a handful of other mayors last week made a request that the legislature allocate funding in the upcoming session to emergency shelters. A copy of the proposal shows that Portland is requesting just shy of $20 million for emergency shelters. Seven other cities are requesting funding as part of the overall $50 million package.

A spokesperson for Brown said the governor hadn’t seen the cities’ proposal and is focused on “working with local partners on the evidenced-based solutions to address housing and homelessness issues we know work: homelessness prevention, shelter site acquisition (such as Project Turnkey), outreach and housing placement, and crisis stabilization services.”

“I have heard nothing about this announcement from Mayor Wheeler, and it begs the question—is there a plan?” Ryan said. “Massive outdoor sheltering sites are a dangerous proposition. If I see a plan, I hope there is action to address the rampant crime related to cheap and easily accessible drugs in our community and our dire need for addiction services. I am open to thoughtful solutions—I’m all in for urgency—but I cannot support this idea to corral hundreds of vulnerable people without social services, without community safety assurances, or a strategic management plan in place.”

The political advocacy group People for Portland, which has pressured local elected officials to take urgent action to clean up city streets, expressed support for the idea, calling it a “good first step.”

Commissioner Mingus Mapps expressed cautious support. “I applaud the mayor’s office’s efforts in putting all options on the table but have not yet been briefed on the details of this proposal,” Mapps says. “What is clear to me is that Portlanders want immediate action, and this moves the conversation forward.”

Commissioner Carmen Rubio declined to comment and Commissioner Jo Ann Hardesty’s office did not respond to requests for comment.

And it comes two weeks after Wheeler banned camping along highways and the city’s major roadways in response to a large number of pedestrian deaths, many of them involving people camping near busy thoroughfares.

Today, the mayor’s office announced at least a two-week extension to the emergency ban, and announced three camps along major roadways and highways that had been swept.

Finish of an period in Manitowoc with closing of Louie’s Sporting...