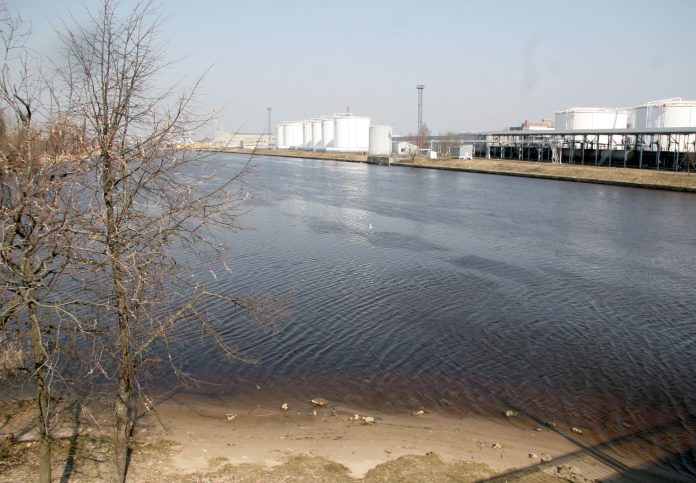 The state is ready to remove administrative hurdles to build a liquefied natural gas (LNG) terminal in Latvia. The terminal could be given the status of Object of National Interest. However, it is not possible to “surpass” the construction of the terminal by other interests, said Latvian Economy Minister Ilze Indriksone.

She mentioned that technical specifications are in the works to order expert assessment for both LNG terminal projects in Latvia.

The minister stressed that this is important because the assessment includes an analysis of all possible risks.

«As a state, we are ready to remove all administrative obstacles. However, we will not allow the project to be implemented against the will of local residents. Therefore we cannot promise that the project will exceed other interests. In addition, we assess security risks and the preservation of natural values. We have to take everything into account if we can,” said Indriksone.

According to her, the first criterion to be taken into account is the state support of the project, which does not require state guarantees or participation in financial commitments or financing.

Still, there is a way to help investors create a gas pipeline connection.

«The question is to what extent and how much it will cost. Investors can make all possible connections faster because the process takes much longer when the state is involved. There are two important criteria – speed and security of supply,” said the minister.

Asked whether the situation for this year’s and the upcoming heating season is so tense because the working group of the Ministry of Economy is evaluating LNG terminal projects until August, Indriksone said the developers have hopes of becoming market players by the next time the heating season comes.

“However, parallel to the evaluation, they must continue to work on the further development of their projects. If investors are willing to invest independently of government support, they need to move very quickly. At the moment, nobody is forbidding investors to start, advance their projects and build the terminal,” Indriksone said.

She also said she hopes that the LNG terminal in Estonia or Finland will become operational later this year.

As previously reported, in June the Latvian government tasked the Ministry of Economy with the implementation and in-depth assessment of LNG terminal projects submitted by JSC Skulte LNG Terminal in Saulkrasti and LLC Kundziņsalas dienvidu projects in Riga. The ministry has until August 31 to submit a report to the Cabinet of Ministers, which will include the opinions of independent experts and a full assessment of the suitability of the two projects for Latvia’s economic and national interests. The ministry will select independent consultants through outsourcing.

Skulte LNG Terminal was registered in 2016. The company’s website identifies Arnfins Unums un Pēteris Ragaušs as the beneficial owner. In the second half of May 2022, JSC Virši-A announced the acquisition of 20% stake in Skulte LNG Terminal. Kundziņsala’s dienvidu project was registered in 2010. The sole owner of the company is the US company Millennium Energy Partners LLC and the beneficial owner is Laša Šanidze.

Climbing down from ivory tower

Household annoyed after camper stolen at Tenting World in Harmony

No Dad and mom Allowed: July 23 is Tween Evening on...