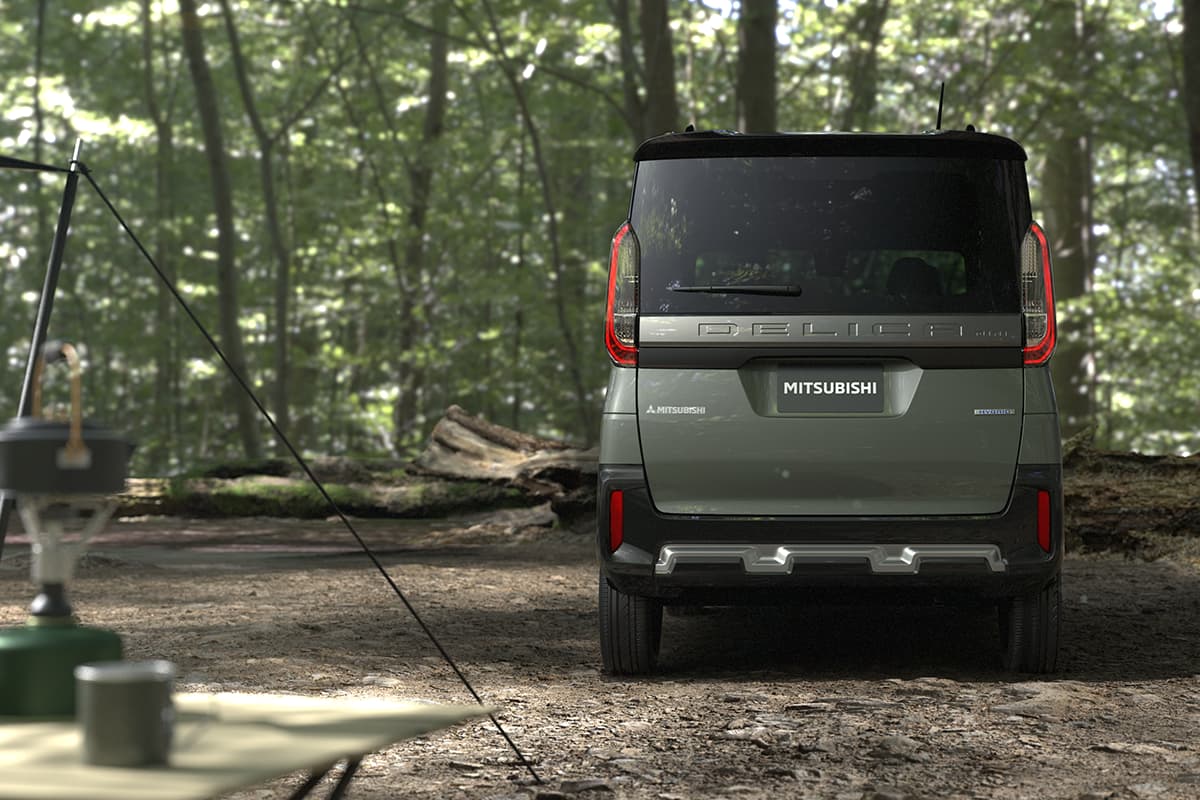 With its small, efficient packaging, unique looks and all-wheel drive capability, the Mitsubishi Delica is a popular favorite for adventurers and van-lifers around the world, from its native Japan to the far reaches of Europe and Australia, and even beyond to the United States , where Mitsubishi barely sold it. So, a shrunken Delica-kei van should be pretty exciting news for global camper and adventure van enthusiasts, even if it won’t be available for many of them. The all-new Mitsubishi Delica Mini only gets better after learning that it’s designed as an SUV-style micro-van inspired by the great outdoors. It should only be a matter of time before purpose-built Delica mini campers and adventure vans hit the Japanese Alps and shores.

Mitsubishi unveiled the all-new Delica Mini last week and will make a show car debut at the Tokyo Auto Salon 2023 in January. The new micro-van will help celebrate the 55th anniversary of the Delica itself, which debuted as a truck in 1968 before assuming its more respected van form a year later. The Delica has been in its fifth generation since 2007 (D:5). The D:5 version has always been designed to combine the power and sportiness of an SUV with the space and versatility of an MPV. The Delica Mini follows this example and was designed under the motto “Daily Adventure”.

Mitsubishi Delica generations and milestones over the decades

Small in length and wheelbase, the Mini promises plenty of space thanks to its upright shape and super-high roof. The strong, vertical front-end ties into the 2019 Delica D:5 refresh by sporting Mitsubishi’s modern “Dynamic Shield” styling in friendly half-halo LED eyes.

Mitsubishi hasn’t revealed any powertrain specs, but the front and rear bumper skid plates give hope that the sturdy little Mini could follow its big brother in a 4WD configuration. The wheel arches clad in black also indicate power for all four wheels.

The Delica Mini might seem too small for a campervan to westerners, but Japan has a long, illustrious history of making tiny campervans from similar kei vans and trucks. In fact, Mitsubishi itself showed off an equally tiny kei camper concept at this year’s Tokyo Auto Salon with the all-electric minicab MiEV B-Leisure Style. This half-pint camper concept had a simple but functional layout with a sleeping mat, table, seat and blanket.

The Delica Mini won’t hit the Japanese market until summer 2023 (Northern Hemisphere) so it’ll be a while before someone converts it into a kei camper, but we imagine someone will, maybe Mitsubishi themselves The company’s first teaser photos already show Delica Mini making itself comfortable on a campsite.

Mitsubishi designs the Delica Mini with everyday adventures in mind, and it should only be a matter of time before someone turns it into a camper

The Mini’s high roof lends itself well to an RV layout, offering more headroom that could be further expanded with a pop-up roof. The wide, flat rear window looks like it would complement an RV interior perfectly, giving occupants an expansive view of the night sky hanging over the distant horizon. A 4WD system would only add to the appeal of a Delica Mini RV.

Additionally, the only other detail we know of is that the Delica Mini will be offered in a choice of two-tone and one-tone options, including the earthy green pictured. We’ll try to get more details about the adorable MPV when Mitsubishi unveils it next year.

Know Tips on how to Use Your Avalanche Transceiver

DICK’S Sporting Items to rent greater than 200 associates for its...