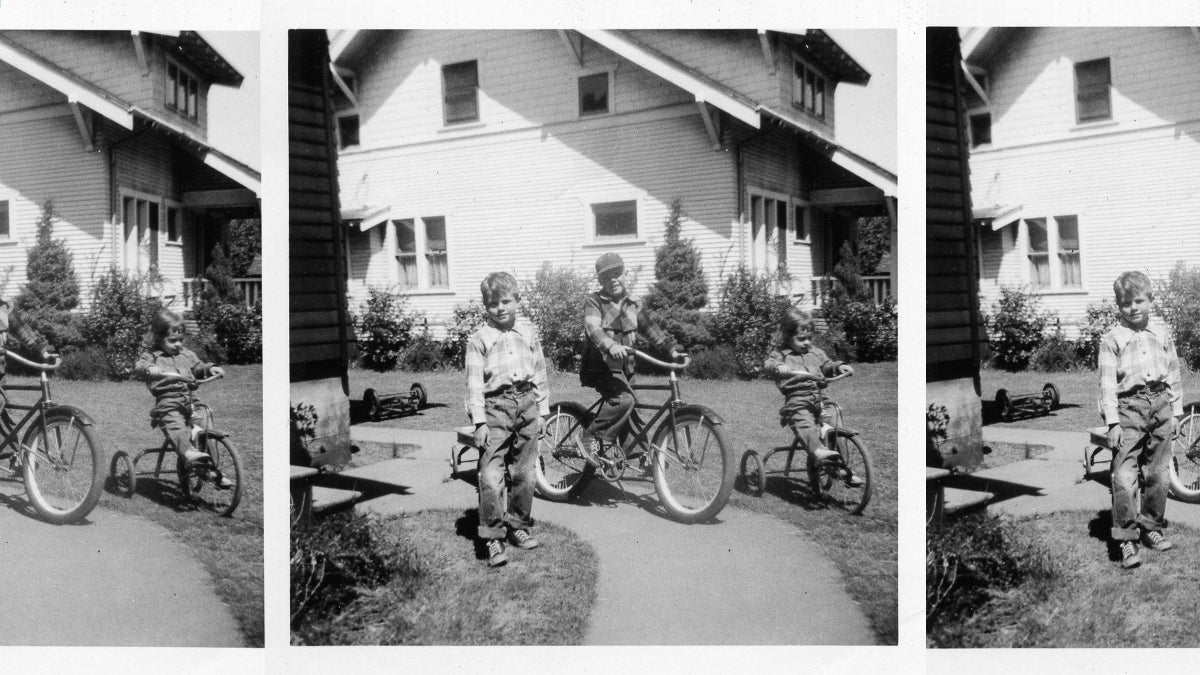 The Tour went into the Pyrenees during the race’s second weekend. My family brought over doughnuts and breakfast tacos, and my dad and I sat down and watched stage nine. The young Swiss rider Marc Hirschi had dropped his breakaway companions on the wall-like gradients of the Col de Marie Blanque and was now driving through the long, flat valley to the finish, his head down and hands draped over the handlebars. Behind him, a small group of yellow-jersey favorites closed in.

In bike racing’s rarest instances, a cluster of big leaders will find themselves isolated from the teammates they normally rely on to shepherd them until the stage’s most decisive moment. They’ll look around, realize their most feared rivals are now their only allies, and begin working together. My dad and I watched with delight as the Tour’s defending champion, 23-year-old Colombian Egan Bernal, joined forces with the season’s most dominant rider, Slovenian Primoz Roglic. Another Slovenian was in the mix, too, Tadej Pogacar, just 21 years old but already a contender in his first Tour de France. They traded pulls into the wind, putting time into the competitors behind them, and diminishing Hirschi’s lead to a handful of tenuous seconds.

The evening prior, my mom had texted my brother and me: Could we come over? It was after dinner, and my dad was in bed. The tumors in his throat and chest made his voice more gruff than usual, but he didn’t appear to be in pain. He explained why he’d decided to formally enter hospice and asked if we had any questions. They were mostly logistical. What forms had he signed, where were they?

Then, for the first time that I can remember, my dad said, “I want you to know, I’m proud of you.” He coughed. “I’m proud of the lives you’ve built, the families you’ve made.”

Of course, most of what I’d accomplished I owed to him. A consummate provider, he gave me the freedom to pursue my passion as a career. He had four kids in total, my brother and I in Texas, and my older sister and brother, who lived in California. He’d set high standards for himself and seemed to expect a similar level of accountability from us. One time, after I’d become more interested in riding the mountain bike I’d gotten as a gift than completing my schoolwork, he overheard me quip to my mom, “The bare minimum will do.” He flew to my side, his face red. “You think that new mountain bike came from doing the bare minimum?”

In high school, to convince him he should drive me to a mountain bike race on the Texas-Mexico border, I showed him a training plan handwritten in a notebook, months of diligent efforts on the trails around the lake near where we lived. It worked. I can still recall how well that desert singletrack flowed, the warm and mildly sweet handmade tortillas he ordered from a taco cart after the race, and the long drive back, my dad singing out of tune to the Dixie Chicks. He thought I was asleep in the passenger seat. I don’t even remember where I placed.

In college, when I showed an interest in road racing, he bought me a midrange bike. I finished school debt-free, thanks to him and my mom, and when I moved into their Alexandria home to pursue racing, I made a point of doing the dishes every night after dinner. My dad hovered over me, directing the proper placement of plates and forks in the dishwasher.

I’d come back from my daily training rides and lean my racing team’s custom-painted titanium road bike against a cabinet in the foyer of my parents’ home. It was the first thing my dad saw when he came in, but he never asked me to move my bike to the garage where it belonged. One time I overheard him showing it off to a friend, who needled my dad, “It’s as nice as your bike, Don, but Ian didn’t have to pay for his.”

And on the night in 2005 that I came home from my sales gig at the bike shop at nearly 9 P.M. with a printed contract for a U.S.-based pro team, I was ready to sign and crack a celebratory beer. But my dad sat me down and we read through the entire thing line by line.

Fifteen years later, watching the ninth stage of the Tour in the living area of his home in Austin, I found myself shouting at the TV. I wanted Hirschi to keep riding hard toward the line, even with the chasing group of favorites foretelling his inevitable demise. I looked over at my dad and could read his expression: He’ll never make it.

A few kilometers from the finish, Hirschi sat up and let the favorites catch him. He made a valiant sprint, but Pogacar threw his bike forward at the line and crossed first.

My dad slapped his hands on the arms of a leather chair and nodded, saying, “Exciting stage.”

The Finest Tenting Gear You Can Purchase for Much less Than...

The Finest Girls’s Exercise Gear of 2021