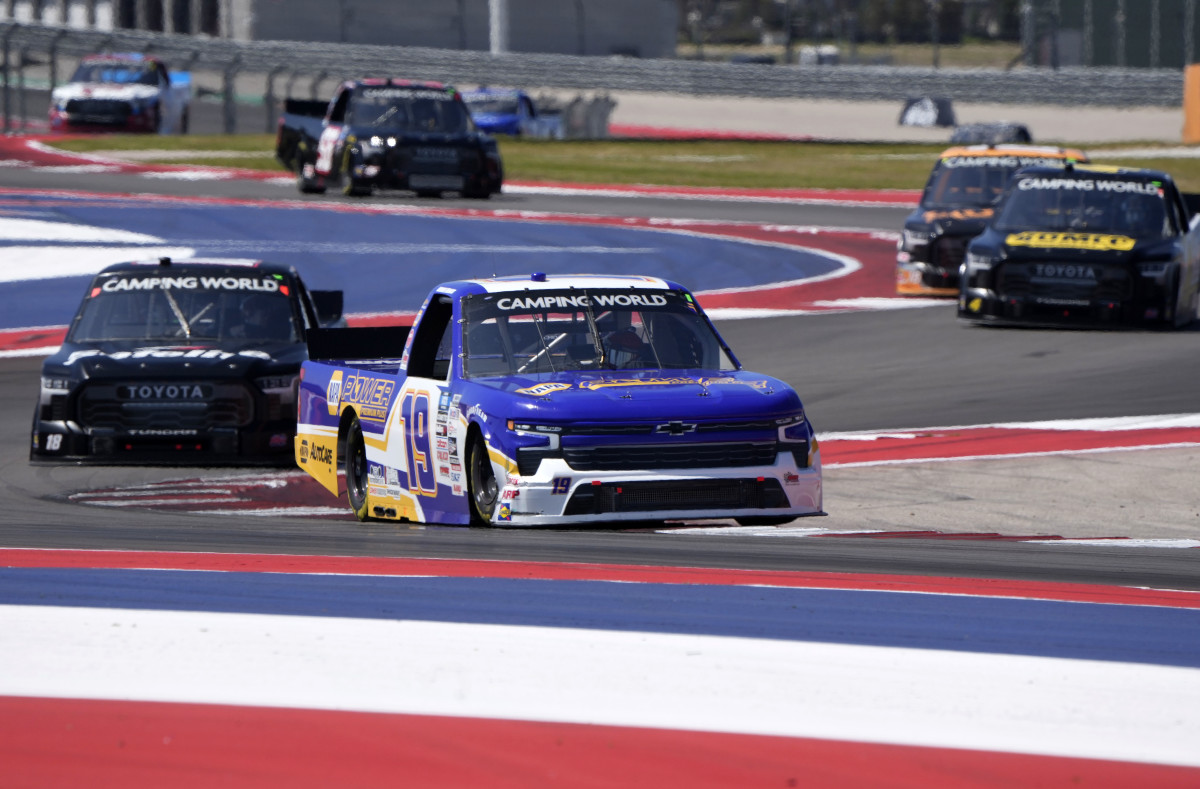 It’s a busy Thursday for NASCAR Camping World Truck Series drivers, with afternoon practice and qualifying before the checkered flag under the lights on the 0.526-mile short track Thursday evening.

Smith is in his first season in the No. 38 Ford for Front Row Racing and has two wins and three top-five finishes in four starts. His second victory came in the final race on March 26, when he crossed the finish line late in double overtime at XPEL 225 on the street course of the Circuit of the Americas in Austin, Texas.

Blake Lothian, a graduate of the NASCAR Drive for Diversity program, will make his Truck Series debut Thursday. The driver, from Fayetteville, North Carolina, will drive the #43 Toyota for Reaume Brothers Racing. The 19-year-old played on local short circuits.

Chandler Smith leads the points standings through four races and has a 15-point lead over Ben Rhodes. In the top 3 of all Toyota teams, Stewart Friesen is 3rd, 23 points behind, while Zane Smith and Tanner Gray are 4th.

Zane Smith is also the defending champion at Martinsville, winning the United Rentals 200 on October 30.

Academy Sports activities + Outside Publicizes Appointment of Beryl B. Raff...

Outside Recreation Scholar Works Towards a Sustainable Future in Tourism |