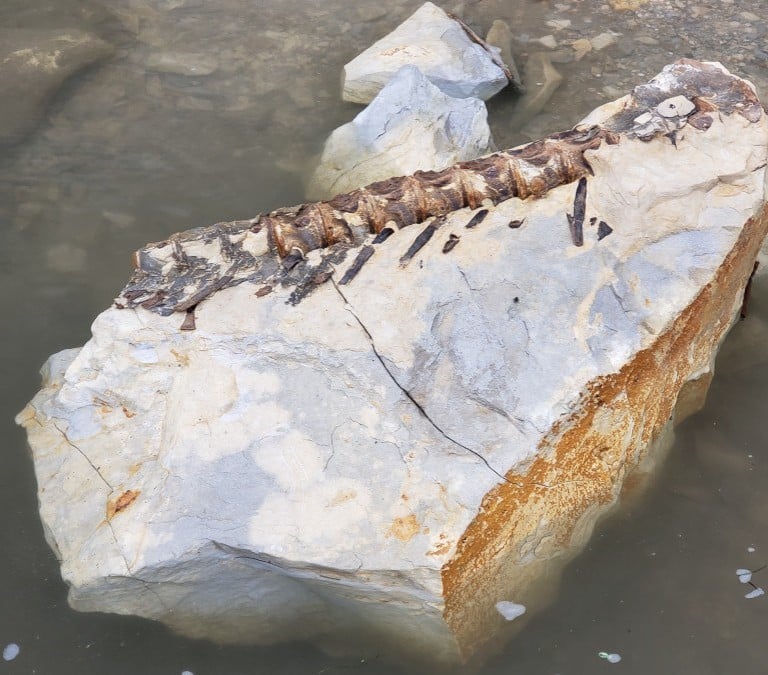 LINCOLN, Neb. (KLKN) — Every year people share photos of big fish they’ve caught in Nebraska, but it’s the age of this impressive catch that has really caught the internet’s attention.

The Nebraska Game and Parks Commission says Andy Moore caught up with the remains of a 90-million-year-old fish during a recent trip to the Missouri River.

The extinct Xiphactinus is said to have been one of the largest and fiercest fish that ever swam our area when covered by a shallow sea.

Experts say they could grow up to 20 feet long and would prey on other large fish.

Some Xiphactinus remains have even been found with whole fossils of other fish inside.