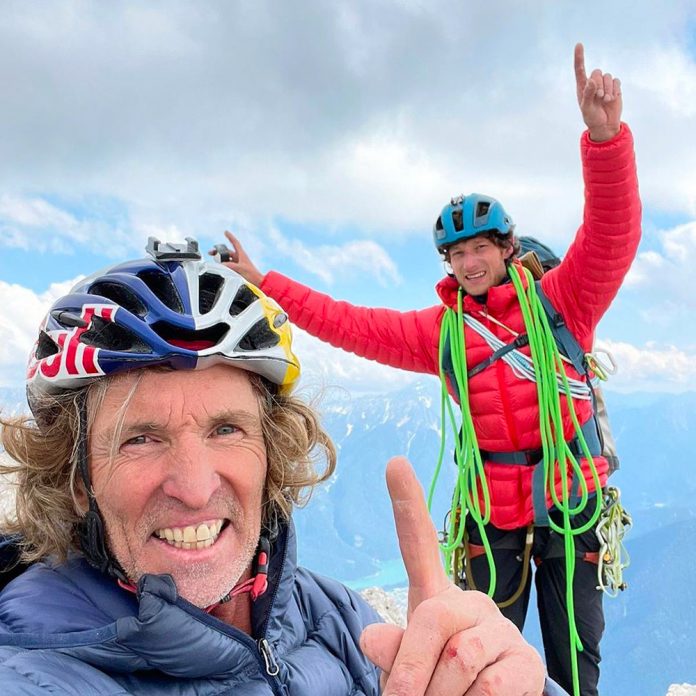 German climbers Stefan Glowacz and Philipp Hans have made the first ascent of Wallride Vol. 1, a new route up Croda Bianca (2841m) in the Marmarole group, Dolomites as part of their Wallride project.

After one bivouac on the route, alpinists Stefan Glowacz and Philipp Hans established Wallride Vol. 1, a new climb up the SW pillar of Croda Bianca. The circa 700m line climbs to the right of the historic Via Tessari, established by Marco Tessari and T. Cantoni on 15/09/1930, and in its 20 pitches tackles difficulties up to 7a. After sharing three pitches with Via Tessari, the new German route continues straight up before crossing Via del Gran Diedro diagonally from left to right.

As to the pro, Glowacz told planetmountain.com: “we used mostly nuts and Camelots, but also bolts at the belays and on some pitches where the rock was very compact. We used the Petzl removable Pulse bolt, and took all the bolts we used with us. So we basically left no trace on the whole route, except for some 8mm holes.”

The new route is the first stage of their so-called Wallride Tour, the project during which the climbers plan on establishing three new routes in three different countries by bike after having set off from Germany with all their gear towards the end of June. The two plan on spending a month and a half cycling over 2,500 kilometers and tackling 50,000 meters of elevation gain exploring new ground in Italy, Switzerland and France.