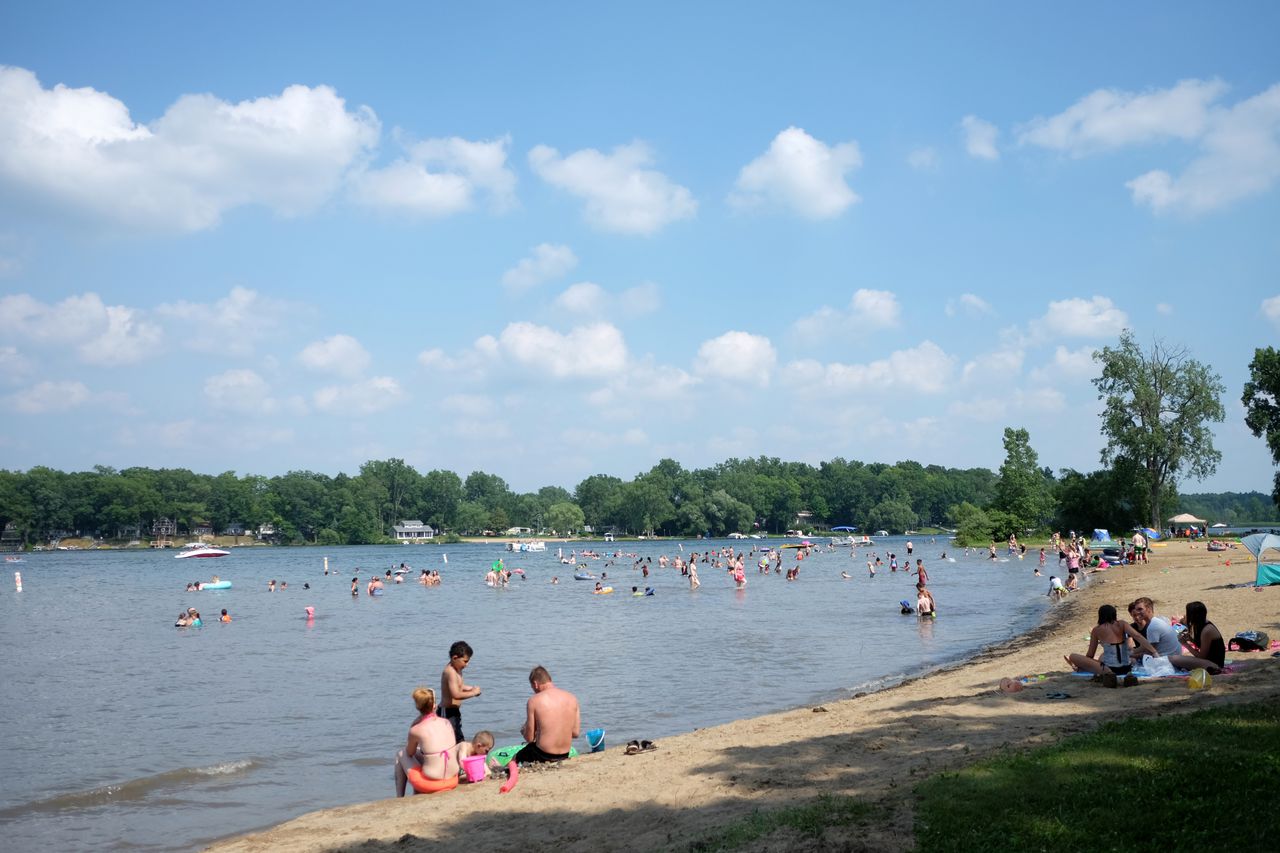 The Michigan Department of Natural Resources on Tuesday, June 28 announced the project at the Portage Lake Campground in the Waterloo Recreation Area, detailing nearly $16 million in upgrades for parks in 10 counties affected by state COVID-19 -Pandemic Aid Dollars were funded.

Portage Lake Campground’s new fishing pier will replace one that was destroyed by wind and ice movement, officials said.

Park officials also hope to extend a paved path from Portage Lake Beach and install the new pier, which would be fully accessible with a ramp, with a goal of opening it to the public sometime next year, said Ron Olson, director of the Parks and Recreation Division of DNR.

The project is “shovel-ready,” Olson said, as design work is complete and has been on a priority list for some time.

The original pier was installed around 2001 during a renovation of Portage Lake Campground when an Americans with Disabilities Act compliant trail was installed, said DNR Rose Lake District Supervisor Gary Jones.

The replacement will be relocated slightly to provide improved fishing opportunities and some protection from future damage, Jones said in an email.

Portage Lake is located in Jackson County, part of the 50,000-acre state park that also extends into Washtenaw County near Chelsea.

The new pier is one of 11 Phase 1 projects stemming from a $4.8 billion bipartisan spending package that Gov. Gretchen Whitmer signed into law this spring, which will use state surpluses and federal stimulus dollars to finance the modernize aging infrastructure throughout Michigan.

Read more: What Can $4.8 Billion Buy? How Michigan plans to spend heavily on infrastructure

The plan included a “record-breaking” $250 million, according to the DNR, to address a decades-long backlog of repair and maintenance needs at state parks.

The agency says $65,000 from the package will fund the new fishing dock at the Waterloo Recreation Area in combination with a federal grant and other state funds.

“At first glance, these may not be the most glamorous (projects),” the agency said in a press release, but they are ready for completion after being pulled from a “long list of critical needs” at state parks.

The DNR has funds to move forward with a next set of projects, and officials are working to recruit consultants and engineers to design them, Olson said.

“For more than 100 years, state parks have anchored communities and provided safe, clean spaces for people to connect with nature and historical resources and enjoy the outdoors. During the COVID pandemic, our parks welcomed people in record numbers,” DNR Director Dan Eichinger added in a statement.

“We are grateful and pleased to begin this first phase of critical maintenance, repair and upgrade work, knowing that each project will help us provide even better visitor experiences and outdoor recreation opportunities for visitors of all ages and abilities.”

More from the Ann Arbor News:

Don’t have your own canoe or kayak? You can rent one near Ann Arbor here

What’s new for the Washtenaw County Border-to-Border Trail? Check out the latest plans

Taking A Hike | Recreation, Out of doors Actions and Journey

Man taken into custody after climbing 20 tales up development crane

Is Ultralight Backpacking Gear Well worth the Value to My Price...