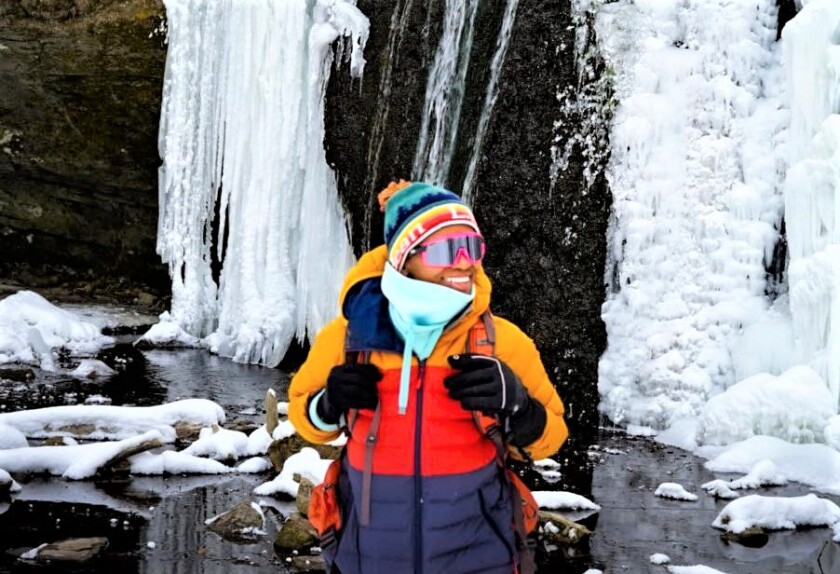 DULUTH — Dineo Dowd tried to catch up with Emily Ford on Wisconsin’s Ice Age Trail, trying to find her new hero where the trail meandered near Dowd’s home in southern Wisconsin.

“I’ve been following her progress on social media and was dying to meet her. … But every time I tried to pick a spot, I found she was already there,” Dowd told the News Tribune.

That was in February 2021 when Dowd and thousands of other people followed Ford’s 1,136-mile solo winter hike along the famous trail that zigzags through the Badger State.

Dowd and her daughter Armani were inspired by Ford’s tenacity, spirit and message of outdoor inclusivity – encouraging women, children and people of color to get outdoors.

“She was our heroine. My daughter was 7 at the time and we thought this was such a great story,” said Dowd.

A new children’s book, I Am Emily, is based on Duluth adventurer Emily Ford’s 2021 trek down Wisconsin’s Ice Age Trail.

They finally packed up the family car and headed north, knowing they wouldn’t miss Ford at the end of the trail at Interstate State Park near St. Croix Falls, Wisconsin. And on a cold Saturday in March, they were finally able to meet their hero face-to-face, as did dozens of other people who had gathered to say hello to Ford and her sled dog, Diggins.

“It was a long ride. But we wanted to be there when Emily made history,” said Dowd. “It’s good for kids to know people like them who are doing these amazing things.”

But as Dowd tried to explain to Armani what was going on, why so many people were interested in Ford’s trek, and how important Ford’s mission was, it dawned on her that the story needed to be told in a way that kids could easily understand. And that’s the story behind I Am Emily, Dowd’s new children’s book based on Ford’s epic trek.

“Emily agreed it would be a great idea,” Dowd said.

Like Ford, Dowd is a black woman who loves the outdoors. Like Ford, Dowd has tried to inspire people of color, women and children to get outdoors. Dowd is a writer, blogger, and social media influencer. She has a website and blog at wiadventurefamily.com, and the family is indeed outdoors as much as they are indoors.

Madison, Wisconsin, author Dineo Dowd has written a children’s book titled “I Am Emily” based on the story of adventurer Emily Ford’s 2021 trek from Duluth along the Ice Age Trail. Both women share a passion to reach more people of color outdoors.

“I wanted to raise my daughter outdoors. But I also wanted her to be able to read about other people doing the same thing. I just couldn’t find children’s books that would inspire them to venture outside,” Dowd said. “So I wrote my own books.”

Ever since becoming a mother, Dowd noted, she’s tried to take her daughter on an outdoor adventure every day of the year. “I’ve learned to embrace every season,” she said.

“Eventually we just started hiking and using what was there,” said Dowd, who returned to Africa last summer and climbed Kilimanjaro.

Dowd has lived in the Madison area with her husband for about five years. Shortly after arriving in Wisconsin, she began writing and publishing children’s books, mostly about the outdoors. Most books feature characters from diverse backgrounds. Dowd said she shares Ford’s passion for breaking the stereotype that outdoor activities are only for white people.

The book, according to Dowd, “is a good opportunity to keep the story alive. When my daughter talks about Emmie, a lot of her friends don’t know about her, so now they can find out.”

For her part, Ford said she was convinced by Dowd’s request to write the book, even though they had never met before. She said Dowd shares her mission for outdoor inclusivity.

“I think especially because it’s a children’s book, that made me say ‘yes,'” Ford told the News Tribune.

Months after meeting at the end of the Ice Age Trail journey, Dowd sent Ford the illustrations to be used for the book.

“It looks like a great children’s book, something they would read, especially because it features a dog,” Ford remarked. “Hopefully this can inspire some kids to get outside who might not otherwise feel comfortable.” would.” 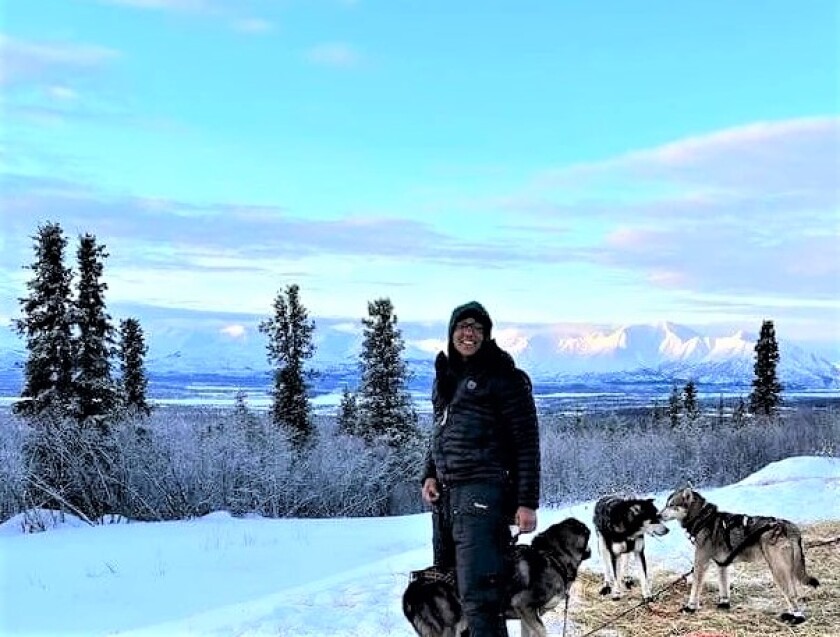 Emily Ford is in Alaska this winter to train sled dogs for the upcoming Iditarod race.

Ford says she takes the winter off of any major outdoor travel adventure, taking a year off to “relax” and focus on herself.

She works at a sled dog kennel in Willow, Alaska until February, where she helps prepare a dog team for the Iditarod sled dog race.

Until now, the Alaskan cold has made the Duluth resident feel right at home. She says Alaskan sled dogs are “fun to work with but a lot more work than Canadian Inuit sled dogs.”

“I was a little worried about so few hours of light but the low hanging sun moving across the sky is so beautiful,” she recently posted on Instagram.

Ford reports that the sled dog kennel lifestyle is hard work, noting that handling the dogs takes up most of their waking hours. Last weekend they loaded the dogs into a truck and drove to the mountains for three days.

And for those wondering, yes, Diggins has joined Ford on the journey and is fine, back to pulling a sled. 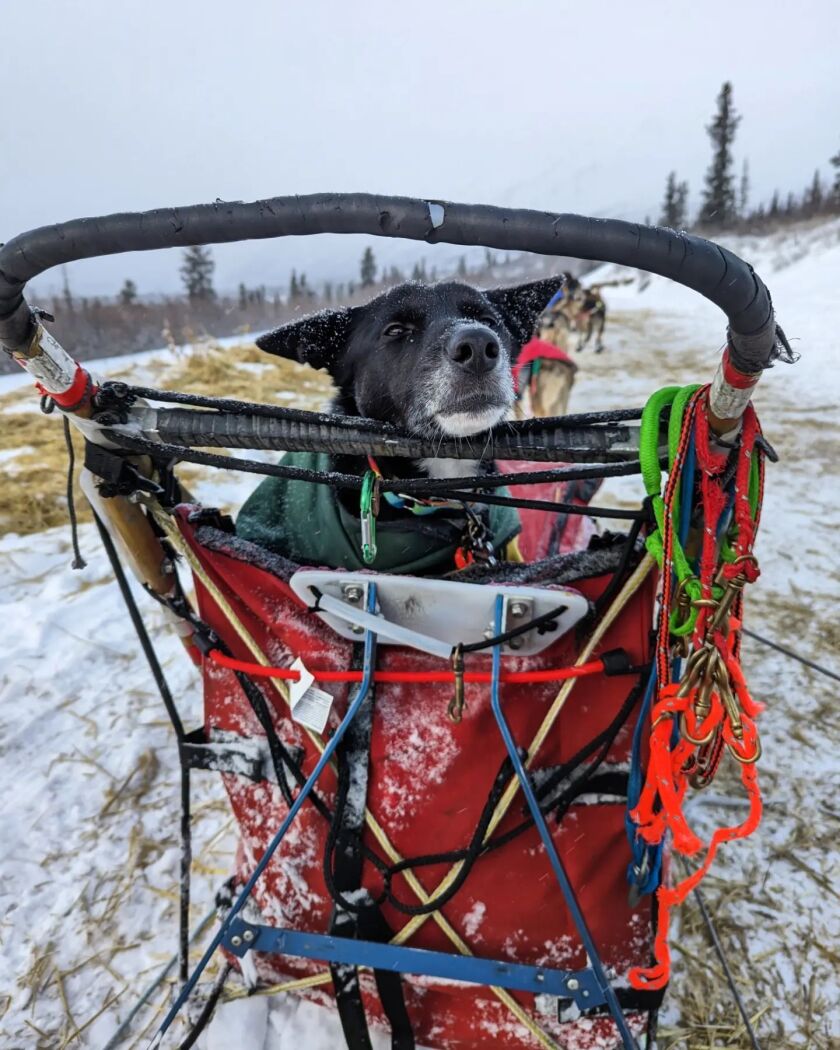 “She runs with the team and draws beautifully,” said Ford. “I can tell she was made for it and it’s such a joy to see her in her sport.”

Ford said she will be back at the Glensheen mansion in Duluth, where she is the head gardener, for the upcoming growing season and that she is not yet sure what her next big adventure next winter will be, possibly another big one Hike or maybe a dog sled race.

“I may have a race in me, but it’s an expensive sport,” she said.

Ford, now 30, was only the second known person to complete the entire Ice Age Trail in the winter. She has since become something of a celebrity after her expedition received widespread media and social media coverage. She has been invited to speak at outdoor events, which has been heralded as inspiring girls, women and people of color to get outside. 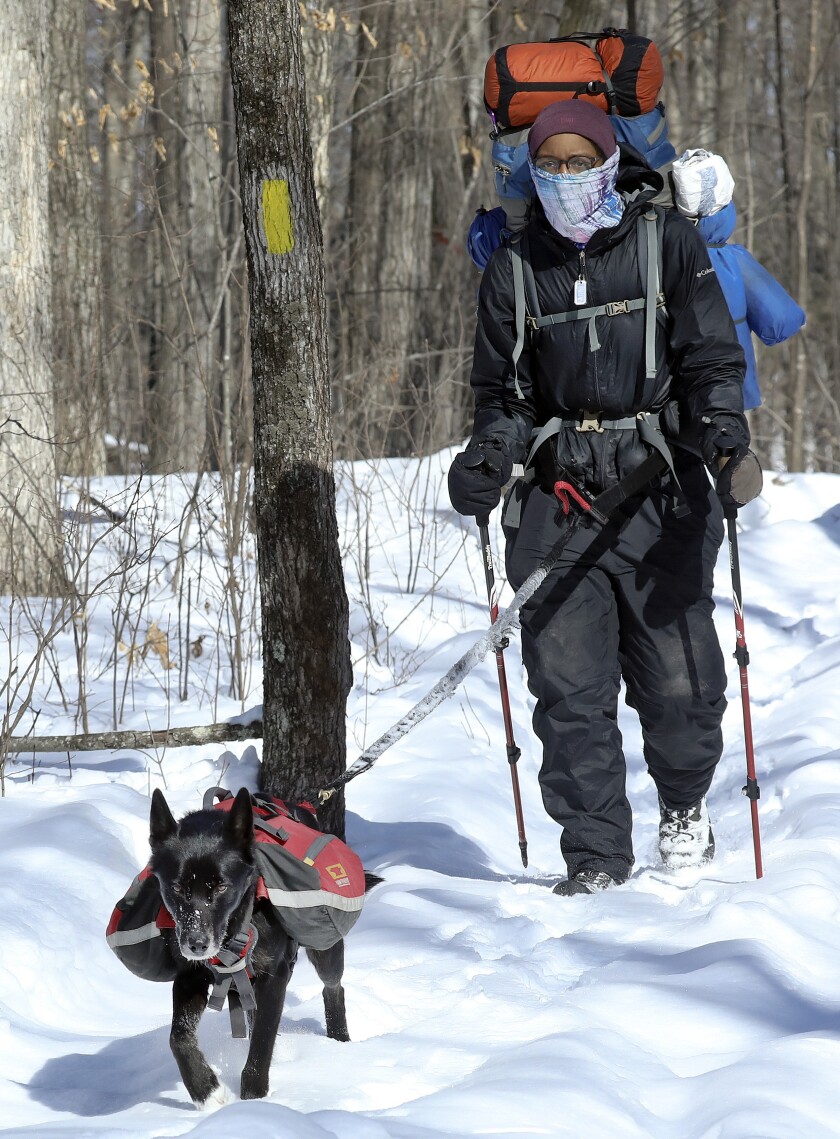 Emily Ford and Diggins along the Ice Age Trail in 2021. A new children’s book, I Am Emily, hopes to inspire inclusion by getting all kids outdoors.

There have been magazine stories and TV interviews, and Ford now has more than 20,000 followers as “Emily on Trail” on Instagram. Ford’s Ice Age Trail journey became a short documentary titled “Breaking Trail” screened at Canada’s Banff Film Festival which focuses on outdoor adventures.

Ford said she’s been through emotional ups and downs in a stunning 2021 but has come through well and managed to keep her “on-trail persona” away from her personal life. She and her partner own a home in Duluth and have another dog in addition to Diggins. Her job at Glensheen offers her little free time during the growing season but a largely open winter. Diggins leads Emily Ford as they trained to hike across the Minnesota-Ontario border last winter. A new children’s book, I Am Emily, aims to capture Ford’s spirit and inspire everyone to get outside.

Last winter, Ford drove across the tip of Minnesota, again with Diggins, from Voyageurs National Park in the west through the Boundary Waters Canoe Area Wilderness along the Ontario border to near Grand Marais and Lake Superior – mostly following the route that used for centuries by aborigines and voyageur fur traders. She completed the nearly 200-mile trek, at times through deep snow and brutally cold conditions, in 28 days.

She had dedicated her trip to protecting the Boundary Waters Canoe Area Wilderness and encouraging more people of color to experience the wilderness firsthand, and she became a spokesperson for the environmental group Friends of the Boundary Waters.

Like the Ice Age Trail trip, her ski trip was made into a short film called A Voice for the Wild, which screened at the Banff Film Festival in November.

A new children’s book, I Am Emily, aims to inspire young children to get outdoors by telling the story of Emily Ford’s 1,200-mile winter hike up Wisconsin’s Ice Age Trail.

Kiwi Liam Thompson builds his cat an ELEVATOR as a result...

Greatest Carabiner Clips I Have Discovered

The Greatest Males’s Prolonged-Dimension Pants for Mountaineering and Backpacking