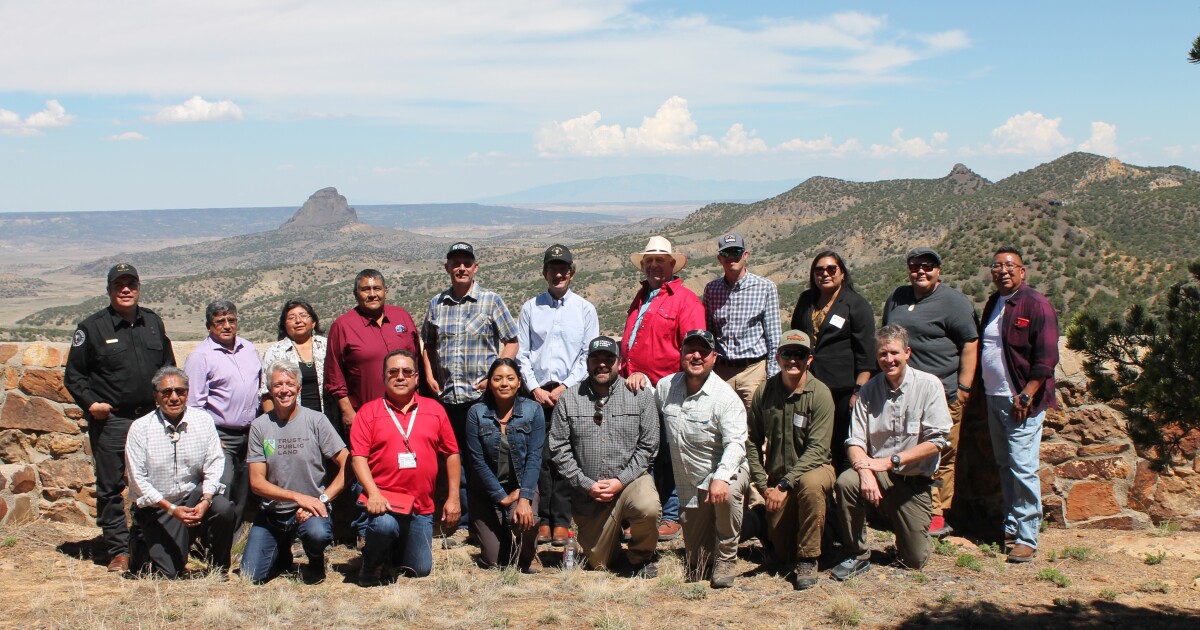 New Mexico officials this week celebrated the addition of more than 54,000 acres to create its largest state-owned recreation area. Known as the L-Bar project, the property was acquired by the Trust for Public Land and is one of about 100 projects they support in Mountain West.

The grassland valleys are teeming with juniper and piñon trees that provide winter forage for wildlife, while the higher elevations are teeming with ponderosa pines. The landscape is dotted with dramatic cliffs and the remains of volcanoes.

The addition of the land to the Marquez Wildlife Area has more than quadrupled its size — and is a boon for tribal leaders and conservationists.

Local tribes now have access to traditional lands and sacred sites in the area northeast of Mount Taylor, an extinct volcano significant in several tribal histories.

Theresa Pasqual of Acoma Pueblo was part of the team that worked to purchase the property from private landowners.

It will also provide outdoor recreation opportunities for people who enjoy hunting or hiking. Herds of elk and deer roam the area and it is home to black bears and mountain lions.

One of the goals of the New Mexico Department of Game and Fish is to restore the pronghorn population there and open them to hunters in the fall of 2023.

“These projects … these investments in future generations, this protection of wildlife and habitat, this recognition of sovereignty – all of these will create the opportunity for further investment,” she said.

In the Mountain West region, the Trust for Public Land supports 96 projects. The most recent totals include 46 projects in Colorado, 11 in New Mexico, eight in Utah, five in Idaho and three in Wyoming.

The 25 Greatest Fall Journeys Within the World

Man Arrested for Climbing Berm and Sneaking Into Magic Kingdom With...

To get Alaska’s financial system again in gear, let’s work on...

Tuition held regular throughout the pandemic, however now it is climbing