The Northern Kentucky baseball team formerly known as the Florence Freedom changed its name to the Florence Y’alls in early 2020, paying tribute to the iconic Florence Y’all water tower that welcomes Interstate 75 drivers to NKY.

Northern Kentucky has long been a hotbed of sports and recreation across a variety of genres, and now there’s a new kid on the block offering another enticing proposition for sports enthusiasts.

The Florence Y’alls will open their second season in May at Y’alls Ballpark on Freedom Way off I-75 after a successful inaugural year in which they won the Frontier League Western Division independent championship with the league’s best record . Before moving to Florence ahead of the 2021 season, the team played in several different Pennsylvania cities.

The Y’alls begin their 2022 season May 12 against the Tri-City Valley Cats and play 51 home games. The club will feature the return of popular promotions such as $2 Tuesdays, Thirsty Thursdays, Firework Fridays and Rockin’ Saturdays with post-game concerts. The bar remains open after Saturday night games for fans to listen to the band and when the team auction off promotional shirts during special theme nights.

“The most important thing for us is to create a family-friendly, affordable atmosphere where parents can take their kids to a baseball game for a reasonable price and have a good time,” said Anthony Mazzini, broadcaster/media relations manager for the Y’alls . “With the Reds in our backyard in Cincinnati, that’s our big selling point. You still get high quality professional baseball, but at a fraction of the cost.

“We have fun entertainment between the innings to keep the fans busy and a Kids Zone in left field. We often organize theme nights. This year we’re promoting our ‘Bluegrass Blowouts’ as our five biggest nights of the year: Star Wars, Margaritaville, Superhero, Jurassic Ball-Park and Y’all-A-Palooza.”

According to Mazzini, the Blowouts are the biggest, most entertaining dates of the year, billed as “the southern fun that fans are used to.”

The Y’alls bring a lot more to the area than the team they put on the field. The team also gets involved in community events and charities.

For example, after last December’s deadly tornadoes, the Y’alls helped with disaster relief for Western Kentucky by donating all proceeds from the sale of their #KentuckyStrong t-shirts through Christmas Day. The team also encouraged fans to donate canned food to the City of Mayfield at the Y’alls General Store.

The ballpark hosts amateur teams and tournaments during the spring and summer when the home team is away. The Y’alls also run a youth program, the Lil Y’allers, which is open to children ages 3-8 in three age divisions: T-Ball for 3-4 year olds; Trainer place I for 5-6 year olds; and Coach Pitch II for 7-8 year olds.

The Youth League helps children develop a love and passion for baseball while building relationships with positive role models. Teams are coached by volunteer parents and Y’alls players are involved. All practices and games are held at Y’alls Ballpark.

Additionally, a Rustbuster League, in partnership with the Kentucky Rampage organization, is designed for 9U-11U teams to “touch the rust” in March in preparation for the spring/summer competitive season. The games will be played from Monday to Thursday in March.

Aside from professional baseball with the Y’alls and Reds, Northern Kentucky offers a wide range of competitive, spectator and recreational sports. Two of the largest involve Kentucky’s distinctive horse racing industry and are held at Turfway Park and Newport Racing and Gaming. 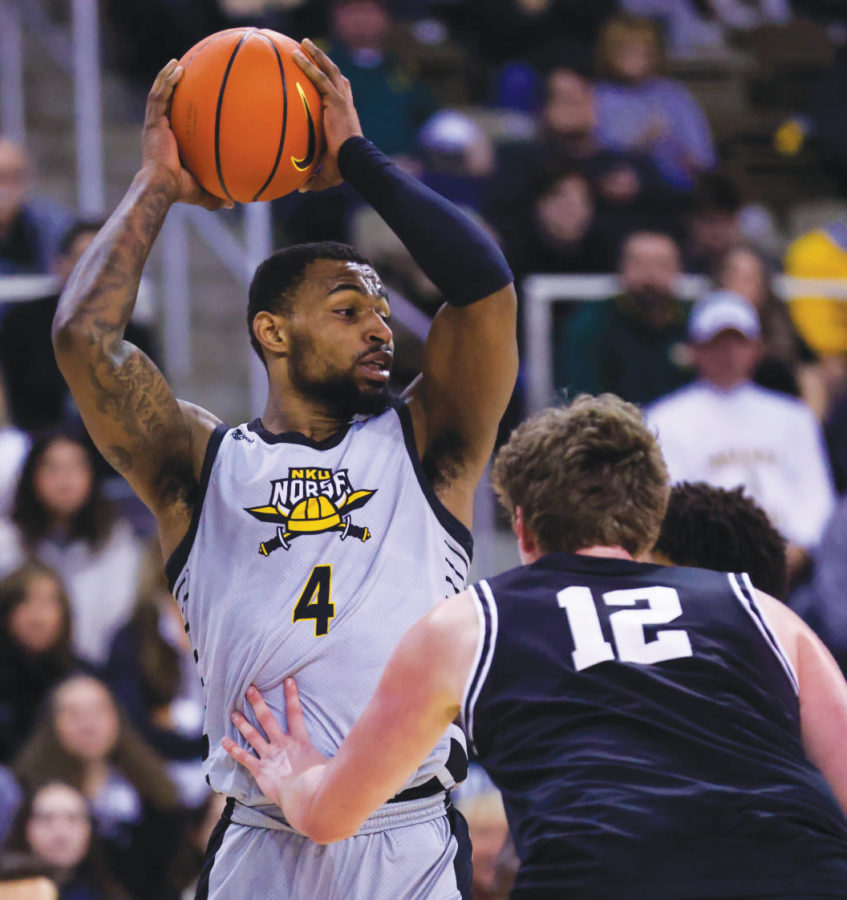 Churchill Downs Inc. celebrated the topping out of its Turfway Park Racing & Gaming last fall as part of the company’s $145 million investment in state-of-the-art live thoroughbred and historic horse racing in Florence.

CDI acquired Turfway in October 2019 and began demolishing the former grandstand in March 2020. Turfway’s existing Polytrack was replaced in March 2021 with a new $5.6 million Tapeta synthetic track, one of the world’s leading surfaces for racing and training.

The final phase of development and construction includes a new grandstand, a pari-mutuel gaming entertainment floor with up to 1,500 historic racing machines (HRMs), a new clubhouse, a simulcast betting area with amenities for VIP players, and an 18,500 sf large events center with a main stage for live entertainment and multiple dining options.

Turfway hosted live thoroughbred racing from January to March this year and the grand opening for historic horse racing is expected this summer.

The expansion added 14,000 sf to the property and moved 150 of the HRMs to the new area to create a more spacious environment. Since opening, the $38.4 million project has created approximately 70 permanent jobs.

For those who are fans of 4WD versus four-legged racing, Northern Kentucky offers the Florence Speedway in Union, which hosts dirt track racing on Saturday nights March through October.

If college sports and professional basketball are your passions, NKY has them in abundance. Northern Kentucky University has 17 NCAA Division I teams; The men’s and women’s basketball teams compete in the Horizon League and play in the 10,000-seat BB&T Arena.

The Kentucky Enforcers professional basketball team was founded in Florence in 2015 by Dustin Driskell and Josh Avery and plays in the Basketball League (TBL), the largest professional league outside of the NBA. It is headquartered in Indianapolis and has 45 teams in four coast-to-coast divisions.

“This is the best in terms of talent and level of ownership,” Driskell said of the TBL. 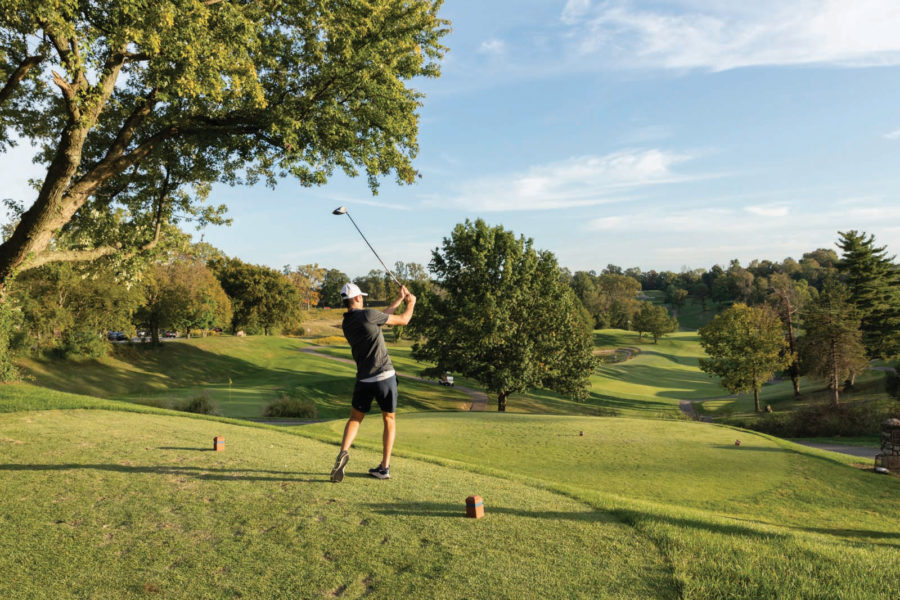 When it comes to athletic facilities, the NKY metro area has some of the best in the area, with 37 baseball fields, 29 soccer fields, 14 golf courses, three local fairgrounds and the entire NKU campus. Recreational opportunities abound around the Ohio River and Perfect North ski slopes.

In addition to the Ohio River, water sports enthusiasts have options like Frederick’s Landing, a kayak ramp on the Licking River that’s open year-round and features a boat ramp, playground, and shelter for events.

General James Taylor Park is located at the confluence of the Ohio and Licking Rivers with views of the Cincinnati skyline and walking access to the banks of both rivers. It is a local fishing spot and a launching point for canoes and kayaks.

Nestled in the hills overlooking Covington and Cincinnati, Devou Park is a regional estate that spans more than 700 acres. It features an 18-hole golf course, multiple playgrounds and picnic areas, mature trees of various species, over eight miles of mountain bike trails, an amphitheater, fishing lake, paved and nature trails, and much more.

There are dozens of other parks in the NKY region.

Click here to read more articles from the Market Review of Northern Kentucky 2022-2023.

Valorant group urges to take away radar from Deathmatch stating it...

Stand up: How We Can All Elevate Our Feminine Friends within...

The Finest Street Bikes of 2021

BLM kicks off Nice Outside Month with two acquisitions via the...

Sporting items retailer cannot preserve some objects on the cabinets