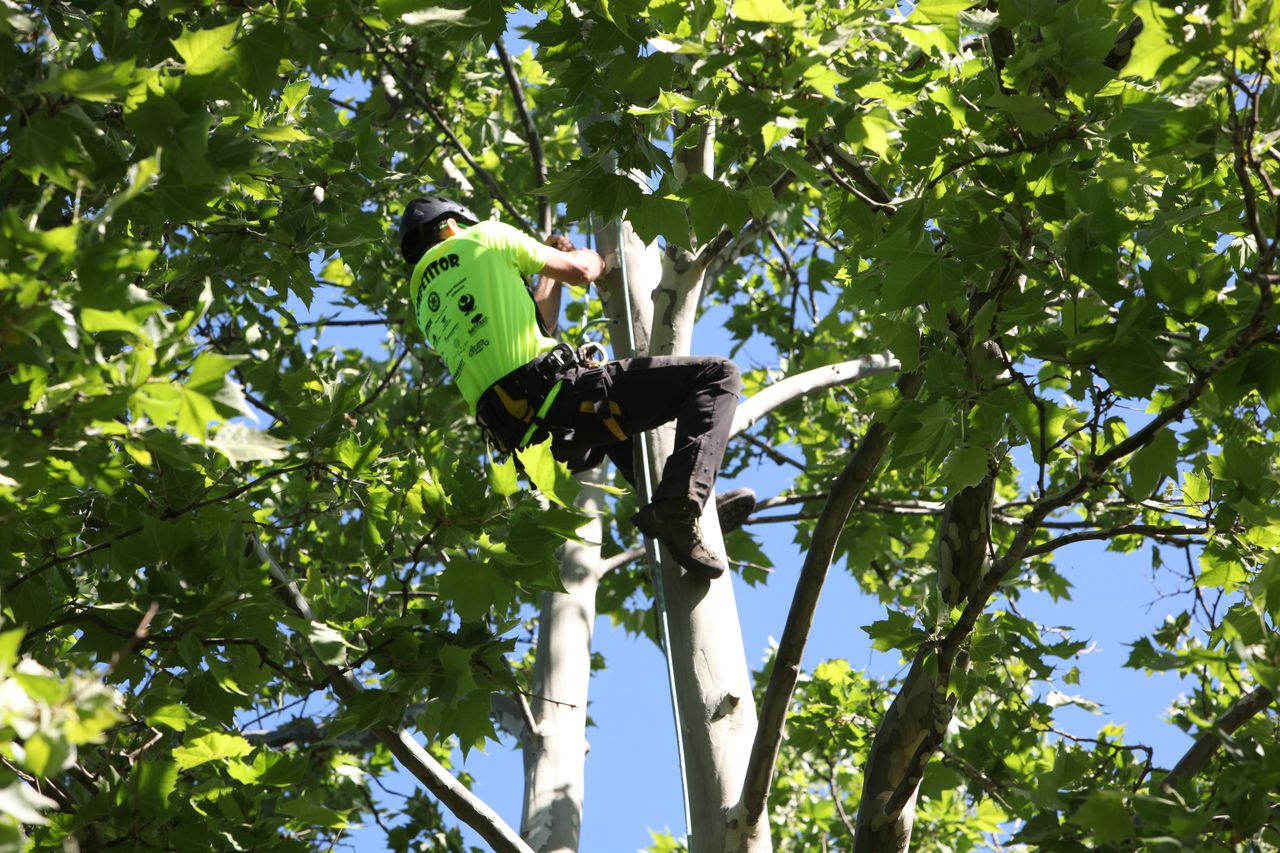 CLEVELAND, Ohio — The tall trees at Lake View Cemetery have seen a lot over the years, but they’ve probably never been climbed in so much style. On Saturday, they hosted arborists and arborists from across the state at the 2022 Ohio Tree Climbing Championship.

Among the several hundred spectators were also many small children who watched in amazement at the adults who have made a career out of the treetops.

Organized by the Ohio Chapter of the International Society of Arboriculture, the event served to showcase some of the unique skills of arborists.

Competitor Jenny Rexroad won the first tree climbing competition, which she entered in 2021. She returns this year as one of nearly 30 competitors from Ohio.

“I’ve always been athletic and climbed a lot of trees as a kid,” she said. “I started at horticulture school and learned the trade of tree climbing. I just decided I was going to do it because it sounded like a lot of fun.”

Mac McGuire, an arborist from Westerville, Ohio, spends every workday in the trees. His favorite part of the competition is air rescue. Climbers have 3 minutes to safely lower a suspended mannequin that is also an injured climber to the ground.

“It’s really important when there’s an injured climber that you can save them. We train regularly throughout the year in my work, Russell Tree Experts.”

Reggie Copes, an Indianapolis arborist, is one of the volunteer judges. He recalls finding direction after his troubled teenage years by pursuing a career in arboriculture.

“As a kid, I used to climb my grandma’s tree all the time, and I found out later in life that you can actually get paid to do it.”

Alan Kraus, founder of Independent Tree, along with his wife Lisa Carrelli-Kraus, volunteered to chair the event this year.

“Originally, the Tree Climbing Championship was created in the 1930’s so that tree climbers could show, test and teach their skills to each other,” explains Alan. “It serves the same purpose for our industry today.”

At the end of the day, two finalists were selected to represent Ohio at September’s International Tree Climbing Competition in Copenhagen, Denmark.

New to Cross-Nation Snowboarding? Jessie Diggins Has Some Recommendation.