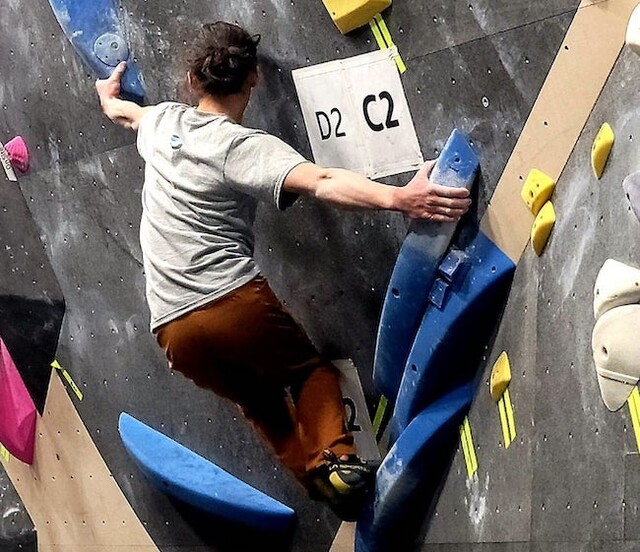 Climbers reach for the top

A field of 82 youth climbers from across BC competed at the Rock Garden Climbing Center on April 16th.

The Okanagan was well represented on the podium.

Eileen Cid-Langlois of Kelowna also made it onto the podium with third place in the Youth D Female category.

The participants had two hours to successfully climb eight different boulder problems in as few attempts as possible.

During the qualifying rounds, competitors could watch their fellow climbers climb, but the top 36 competitors in the finals could not.

Youth B and older climbers are now training for the National Championships, which are held in Montreal on May 19-21 for bouldering and May 22-23 for lead climbing.

Team BC from the Okanagan is represented by Smith and Betker along with Youth A teammates Caiya Taylor-Ainslie and Cooper Wakefield (Kelowna) and Hannah Musgrave (Penticton).

Tempe reveals Parks and Recreation blueprint for future outside facilities

Tenting it up at Jockey Hole: Revolutionary re-enactors return after pandemic...