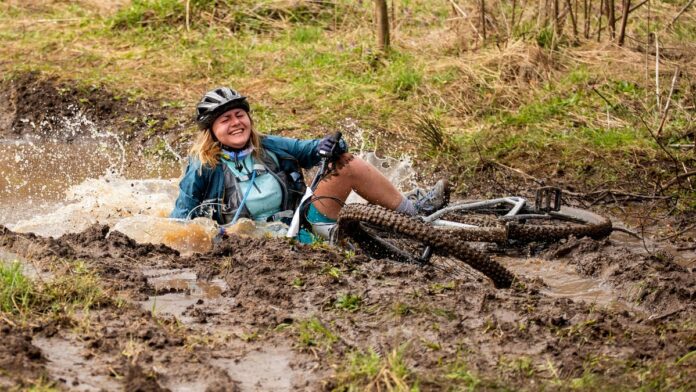 It’s healthy to remember that even the most seasoned outdoor athlete was once a bumbling, stumbling noob. No matter the activity you pursue, you are guaranteed to crash, or get lost, or make a really silly equipment choice at some point in the early stages of your progress. Outside editors are no different. Here is a collection of our best tales of newbie blunders to remind you that everyone has to start somewhere.

Crash Course on the Slopes

The first time I tried downhill skiing was in the 1980s at Snowshoe Resort in West Virginia. I was there with the same co-ed group I went to the beach with twice every summer—an intelligent and cultured bunch of East Coast young adults who, alas, boozed it up just as hard as the shirtless males on the Ocean City boardwalk. Some of the group knew how to ski but I did not. Instead of taking a lesson—too expensive!—I asked an alpha male from New England to explain how skis worked the night before our big first day on the slopes. He did a thorough job, but as I drunkenly took it all in, I realized I had no idea what he was talking about. I looked at my rented equipment and thought of the old slang term for a baseball catcher’s gear: “the tools of idiocy.”

Snowshoe was a lodging-on-top place back then, so the next morning I booted it solo to the top of a green run, pointed my skis downhill, pushed off, and… Hey, I was skiing! In a very, very straight line. When it came time to turn left, I didn’t; instead, I flew into some bushy woods, flipping over and suffering a groin injury that ended my ski day. I was actually relieved, and I spent the rest of the day reading and drinking. The next day I rented big, clunky snowshoes, and let me tell you what: I took to those like a natural. —Alex Heard, executive editor

Shreddy Or Not, Here I Come

I’m not a mountain biker. The sport scares the hell out of me, and for good reason. In 2011, I was testing expensive, tricked-out Scott mountain bikes on a gear trip near Salt Lake City, Utah, for Outside. I was younger, fitter, and down to try anything back then, so I jumped at the chance to ride with a handful of pros, as well as my fellow-editor friend. “I can probably keep up!” I thought. I was wrong. First, we climbed 3,000 feet on forest roads and technical singletrack to the top of a ridge. “Fun! A good workout!” I thought. But then we took off on a burly descent littered with rocks, roots, berms, and jumps, and I quickly realized that I was way out of my element. I made it down the upper and middle sections of the trail without incident. I was stoked on the high of bagging my first ride, but I made a rookie mistake: I whipped onto the last stretch of forest road going way too fast. The speed freaked me out, so I mashed the brakes—but I grabbed the front brake by mistake! In a blur, I somersaulted over the handlebars, rocketed several feet into the air, and landed on my left shoulder and neck. According to my editor friend, I immediately jumped up, helmet askew, bloody, with sand and gravel stuck in my skin, and yelled, “Oh my God, is the bike OK?!” It was, but I was in shock. I went to the ER and the doctor told me I had suffered a mild concussion and also extended a vertebra in my neck. He lectured me on my recklessness and put me on hydrocodone for the pain. These days, I stick to riding a fat bike. Mellow rides are where it’s at for me. —Patty Hodapp, contributing editor

The first time I ever surfed was on a work trip. I worked for a ski magazine at the time, and our corporate overlords sent our edit team to California to “mind meld” with editors who were part of our company’s much cooler board-sports division. Snowboarding was against my religion, but I was a capable skateboarder, and thus I was determined to quickly adopt surfing and prove my bona fides to the cool kids. Outfitted by a local friend with a good-for-learners longboard and a not-that-dissimilar-from-my-old-GS-race-suit wetsuit, I hit the beach.

For the next three hours, I developed a deep appreciation for just how long it would take me to achieve even beginner status in surfing. A surfer who can’t actually stand up on a wave is just a really bad boogie boarder, and that Herculean accomplishment wasn’t in the cards for me on day one. Nevertheless, I enjoyed the challenge and felt invigorated as our fledgling surf posse made our way back to my friend’s place. Rinsing off and removing the wetsuit under his outdoor shower, I smiled at the many waves to come in my newfound sport. At that point my friend burst my daydreaming bubble. In full view of the rest of the magazine staff, he pointed to my wetsuit.

“Next time, the zipper on that thing goes in the back.” —Micah Abrams, vice president adventure sports

Like many new cyclists, I suffered extreme sticker shock when shopping for gear. I was in college at the time, so how was I supposed to afford Lycra outfits or aerodynamic wheels? My solution: buy the bare necessities, just one product per category, and target the cheapest model. Thus I purchased one jersey, one inner tube, and alas, just one pair of cycling shorts. They were a cheesy red-white-and-blue pair from the discount rack at the now defunct big-box store Performance Bicycle. My cheapskate strategy hit a snag once I joined the racing team at the University of California, Santa Cruz, and began riding with more-seasoned cyclists every day. Wearing the same pair of bike shorts, day after day, is bad enough for solo rides, but it’s a terrible practice when there are other cyclists around to see and smell you. My teammates were kind enough to accept my stinky sartorial faux pas, even after I crashed and tore multiple flesh-exposing holes in the shorts. At the team’s final barbecue, I was awarded a playful prize, which also served as a friendly nudge to perhaps invest in another pair of bike shorts. It was a hand-drawn picture of a cyclist wearing threadbare shorts, with a big section of exposed butt cheeks peeking through. I saw a few smiles and snickers as I accepted my award. The message was received. —Fred Dreier, articles editor

The Pancakes Ate the Pan

I’m a huge proponent of bringing impractical food on short backpacking trips. Life is too short to eat rehydrated mush from a bag. But figuring out what is fun and worthwhile (a miniature watermelon is my favorite for mellow routes) and what will be a total flop requires some trial and error. I began experimenting with impractical hiking food in high school. I took a semi-independent trip in the North Cascades with a couple friends one year. Responsible for logistics for the first time—we’d been in the backcountry only with our families up to this point—we decided to bring pancake mix for breakfast. In a tale as old as time, our parents warned us against the food choice, and we ignored them. What they realized was that our cooking pots were just a few millimeters thick. This surface, when placed over a blowtorchlike backpacking stove, was not conducive to producing breakfast delicacies. Our effort yielded pancakelike food that was mostly just uncooked batter scrambled like eggs and infused with a very strong smoke flavor. When we finished, we noticed the impossibly dirty pot. The “pancakes” were pretty much inedible, but overall, the trip was a rousing success. I learned two important lessons: it’s more fun to be creative, and bring extra oatmeal just in case. —Miyo McGinn, tech writer

Why native out of doors specialists say it is time to...