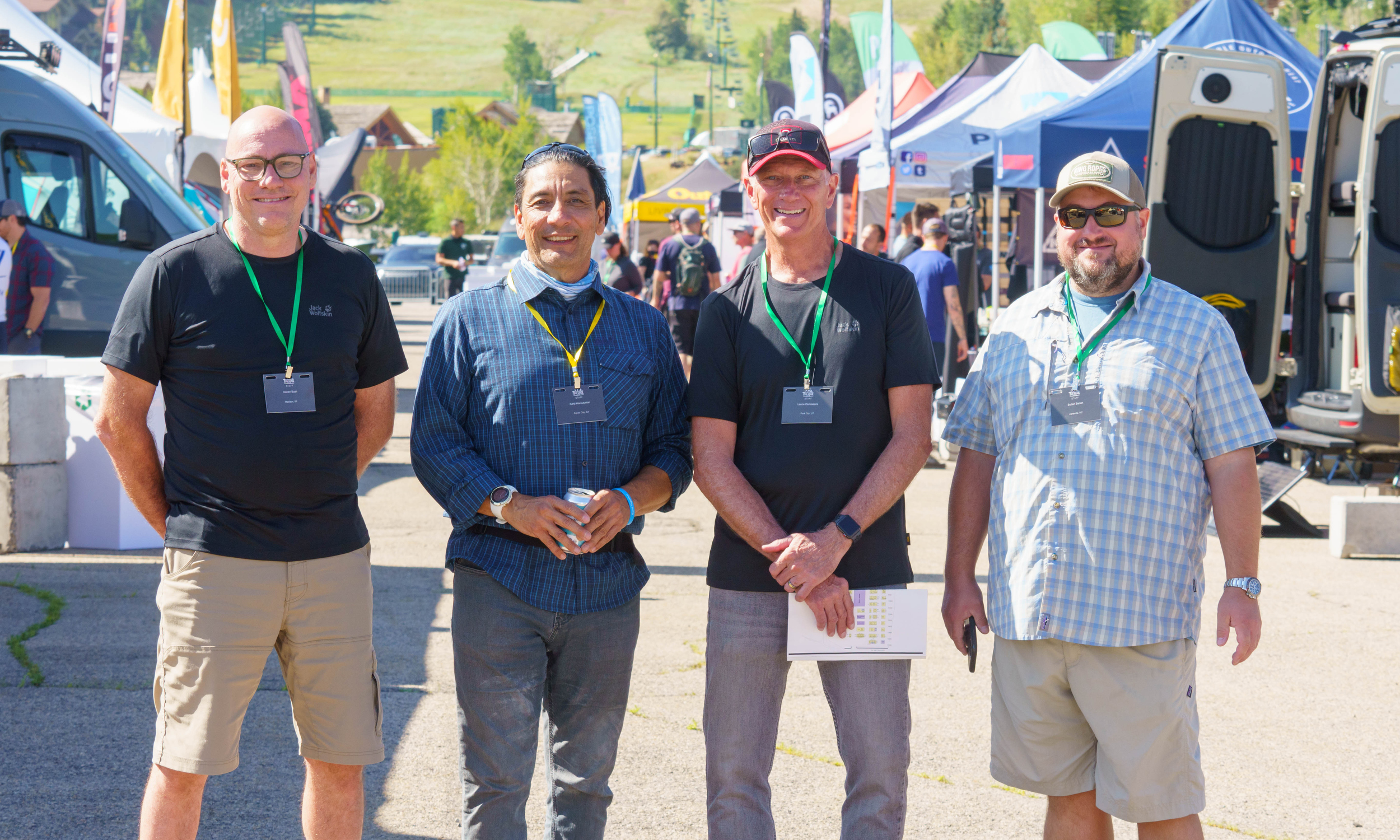 In it, he covers the industry inside out, plus the fun side of being out in our beautiful state.

When the outdoor retail trade show pulled out of Denver this year to return to its longtime home in Utah, Colorado outdoor industry leaders promised the departure would be a good thing.

The loss of the twice-yearly fairs — which angered brands who have been fighting with Utah politicians over state opposition to expansions of Bears Ears and Grand Staircase-Escalante national monuments — was an opportunity to create a new type of event for the outdoor industry. Conor Hall, director of Colorado’s Outdoor Recreation Bureau, suggested that the state might host a business fair that doubled as a consumer-friendly festival; a “South by Southwest” for the outdoor industry and its passionate fans.

The seed of this new event was sown this week when the nascent Big Gear Show announced plans to move from Park City, Utah to downtown Denver alongside the first-ever (e)revolution e-bike show. Next year’s June 8-11 event at the Colorado Convention Center will not only host brands, manufacturers and retailers with two days of business-to-business operations, but will also be open to consumers for the final two days of the event.

The plan includes an entry fee, outdoor e-bike trails and climbing walls for testing gear, and in a unique partnership with local gear shops, the opportunity to purchase gear on the show floor. Plans are underway for additional events around the convention center to fuel the festival-like atmosphere.

It is the premier business-to-business-to-consumer event for the outdoor industry.

“This is more than just the concept of replacing the Outdoor Retailer Show,” Hall said. “This is our push with Gov. Polis to ensure Colorado is the place to be for this diverse industry.”

Hall called the blending of the Big Gear Show and e-bike show, along with public access, “an important step in our broader effort to bring that South-by-Southwest feel to the industry.” This may not be the event that will become the international festival cementing Colorado as the epicenter of the outdoor recreation world, Hall said, “but it’s going to be a really exciting part of our larger vision.”

Kenji Haroutunian, who created the hardgoods-focused Big Gear Show in 2021, always envisioned an urban show, but settled on an outdoor hillside venue in Park City for 2021 and 2022 to address fears of the pandemic to wear.

“It really is the original vision,” said Haroutunian, a 35-year outdoor industry veteran who has run the Outdoor Retailer show for four different owners for 15 years.

In August, he hosted approximately 1,800 manufacturers, brands, retailers and journalists in Park City as he focused the Big Gear Show on hard goods such as bikes, paddleboards, kayaks, climbing gear and camping gear.

The Big Gear Show’s mission was lower entry costs for companies, so the exhibit booths are modest compared to the sprawling minimansions that populate the outdoor retailer’s exhibit space. That will remain for Denver, as many exhibitors use Sprinter vans or custom camper trailers to display wares on the show floor.

Haroutunian is making even bigger adjustments for its third year: moving to the big city, moving dates from August to June, attending a different trade show, and welcoming consumers.

The biggest change will be how we welcome the public.

The last two days of the four-day fair are open to consumers. People have to pay, but it’s going to be “very affordable,” Haroutunian said.

“We want that to be accessible. Being in the center of the city is all about access. One of the most important things this industry needs is to go where the people are and get them into the industry,” he said. “We need to introduce nature to new people and more diverse communities closer to their own communities. That is business critical.”

The Big Gear Show attracted approximately 1,200 exhibitors, retailers and journalists to its inaugural 2021 fair in Park City, Utah. The outdoor industry trade fair is moving to the Colorado Convention Center in Denver in June 2023. (Steve Peterson, Special to The Colorado Sun)

Haroutunian elaborates on the technical challenges for gear manufacturers and brands, transforming stands from highlighting next year’s gear for order-writing retailers to stands showcasing this year’s gear for buyers. An added twist: places to test gear outside, like a climbing wall and e-bike track, as well as a way for consumers to buy stuff on the show floor.

Particularly challenging: how does a brand sell something directly to a consumer without hurting the specialty retailers who would normally handle that transaction?

“We want to protect and actually promote the specialty stores, so we will provide a way for the specialty stores to play a role in transactions on the show floor,” Haroutunian said. “We will urge that all sales at the convention center be channeled through local stores so that they benefit.”

Many details are still being worked on. There are plans with Boulder-based Outside Inc. to create interactive, consumer-friendly events around the two shows.

“As a Front Range based company, we’re thrilled to welcome our friends from the Big Gear Show to Denver,” said Jon Dorn, vice president of strategy at Outside Inc., which oversees 30 outdoor brands. “We’re also excited about Conor’s leadership at OREC, which is making a real splash in Colorado’s outdoor community. We have worked with his team on several projects aimed at increasing consumer engagement with homegrown gear brands and today’s announcement is fuel for the fire.”

Hall said he feels like “Tetris player one”. Differently shaped ideas come to him and he combines them into a coherent, larger block. He said “big projects” were underway and more details about an outdoor industry unifying event would be announced shortly.

“How can we make this bigger and better for everyone?” Halle said. “Our mission is to make Colorado the best state for all outdoor activities, and this is part of that effort.”

My Quest to Surf Each Coastal State

June is Recreation and Parks Month – Metropolis of Mississauga

TOGETHER OUTDOORS MARKS ONE YEAR OF FOSTERING DIVERSITY, EQUITY, AND INCLUSION...