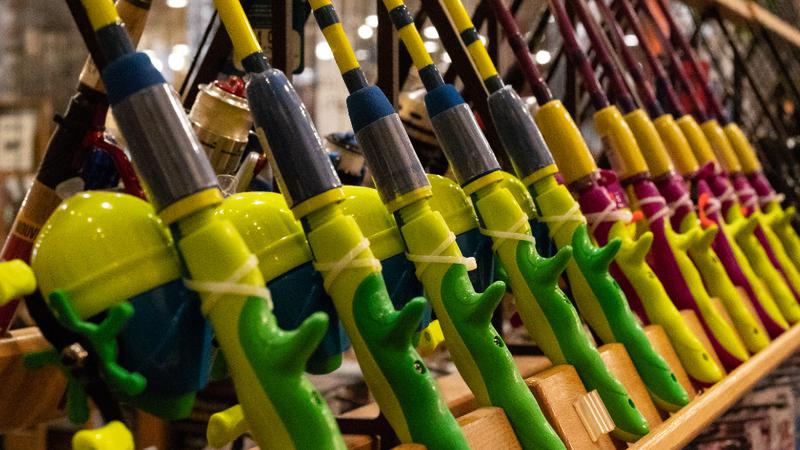 Despite the delayed delivery times, many seasonal products such as bicycles, grills and golf equipment were particularly popular in the business this year. Buziak said this was likely – at least in part – due to current travel restrictions, which resulted in many having to find their outdoor adventure in their home community.

“I think everyone was looking forward to spring and hopefully a little more baseball and some of the team sports that were put on hold from last spring and all winter,” he added.

Allen Mitchell, owner of Battleford Bait and Tackle, said business had been much slower than usual, adding that he attributed much of it to the ongoing pandemic and surge in online shopping.

Allen said business has been stable, if unspectacular, over the past year. He said they were confident that things could improve in the coming months if restrictions improve and allow them to open up more.

“As soon as COVID ends and archery starts and people can start archery and have tournaments, in that case it will pick up again,” he said.

Ammunition and archery are the company’s two main sources of income.

The Generals Bait and Tackle

Dennis Baldinus, owner of The Generals Bait and Tackle in Meadow Lake, said he too had noticed a shift in this year’s clientele due to travel restrictions.

In general, a large chunk of the business’s customers are from nearby communities or even outside of the province, which makes this year quite a struggle.

“We usually get a lot of travel here as this is a tourist area,” he said. “We are very dependent on tourists and when they are not here you have to see something else.”

Baldinus said, however, that many of the locals who typically travel to Saskatoon, Edmonton, Prince Albert, or Cold Lake have stayed closer to home to increase local business, which has helped at least adequately offset the loss of travelers it through the year.

“We find that we have more to do with the locals. That was a bit of a plus for us when it came to staying afloat,” he said. “So that fills the void some of what we lost on the other side. It’s not quite what it should be, but it’s as good as it gets. “

Baldinus added that the lack of major events, as the name suggests primarily a fisheries retailer, is also a real downside for the business this year, although they continue to hope for a return to normal by next year.

“We didn’t have derbies and the fishing was slow,” he said. “The end of March is the end of the fishing season and fishing is what we mainly do as the largest part of our business. So if you cross all fish derbies off the menu, that’s one huge hole you would normally have. ”

Rollick and Kenect Combine to Improve On-line Shopping for for Recreation...