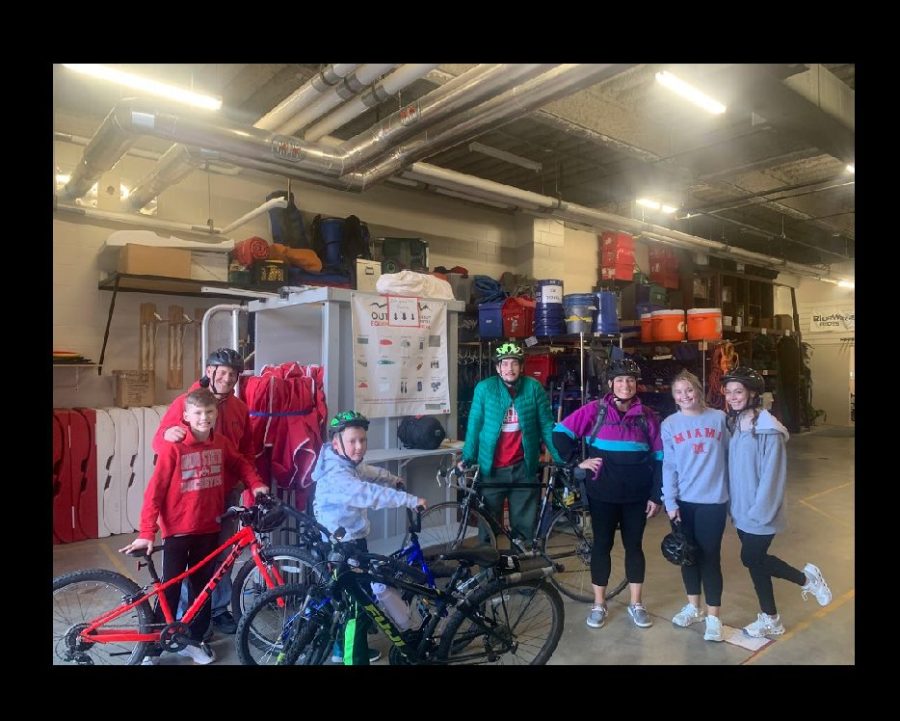 Humans have always told supernatural stories. As one of the oldest universities in Ohio, Miami University has been the setting for many bizarre stories. Every year as Halloween approaches, a brave squad sets out on a bike ride to these places with a sinister reputation.

“He had the ideas and he went to the King Library to the archives, then he put all the stories together in one document,” she said.

To this day, tour guides reach into this horror-filled tome to share ghost stories while stopping at locations along the 3.5-mile drive around campus. This year’s tours leave the Miami Recreation Center on October 25, 26, and 27 at 6 p.m.

Tours last nearly two hours and, since the recreation center only has 12 bikes, are limited to 10 people. Those under 5ft 3in should bring their own riding gear, Siliko said.

“My favorite place is Fisher Hall,” said Ryan Siliko, Jen Siliko’s son, who was joining his brother Sawyer for the first time on the tour. “I heard an RA went missing there, which sounds scary.”

“And my favorite is Peabody,” Sawyer said. “It looks scary from anywhere.”

Peabody Hall was part of the Western Female Seminary from 1855 to 1888. The principal, Helen Peabody, was a critic of coeducation. According to the tales, her spirit still lives there to protect female students.

The tour is $10 per person, including adult bike rental. Participants can register at the outdoor pursuit center at the rec.