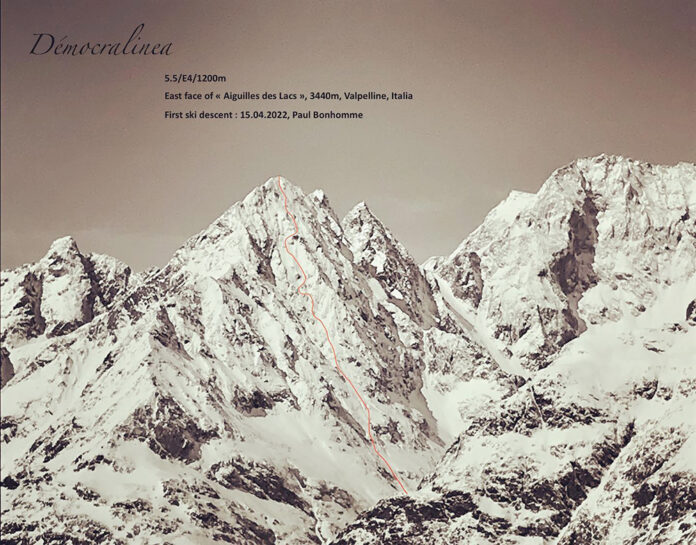 On 15 April 2022 French mountain guide Paul Bonhomme skied “one of the most complex descents I have ever established”, down the NE Face of Aiguilles des Lacs in the Valpelline massif in Valle d’Aosta, Italy.

Bonhomme reached the 3440m summit at 9:30 am after requiring three hours to ascend the 1200m face. He skied down the line of ascent so as “to avoid getting lost on this huge and complex face.”

The descent has been graded 5.5/E4 with 50m downclimbing. Bonhomme, who last season opened 10 difficult new lines across the Alps, first thought about the route two weeks earlier, when he was skiing with clients at the Nacamuli hut at Col Collon. Taking advantage of a week of ski mountaineering around the Prarayer Refuge, he identified the line which he has now called Démocralinea.

Runner-Up Assessment: The Helmets and Goggles That Nearly Made Our 2022...

Vacationers reminded to ‘Go away No Hint’ whereas experiencing NH’s nice...

It could be dishonest however tenting with a fridge is the...