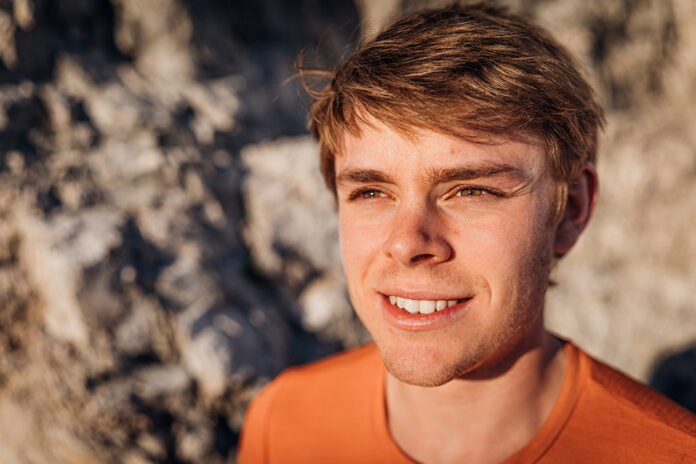 South Tyrolean mountaineer Jonas Hainz has died at the age of 25. This summer he astounded everyone by completing one of the most important free solos of all time in the Dolomites, Moulin Rouge on Rotwand (2806m) in the Rosengarten group

Jonas Hainz, the 25-year-old son of famous South Tyrolean mountaineer Christoph Hainz, has died while making a solo ascent of Magerstein in the Rieserferner-Ahrn nature park in Northern Italy.

The close-knit mountaineering community is shocked and in mourning. The news was broken by the local Bruneck mountain rescue squad, who posted on social media “It is with sadness that we bid farewell to out colleague and friend of the mountain rescue team Jonas Hainz, who died in an accident while following his passion on the south arête of Magerstein. Our deepest condolences to family and friends. One last Bergheil Joni, we will miss you and your smile.”

This summer Jonas astounded the climbing world with his daring free solo ascent of Moulin Rouge on Rotwand (2806m) in the Rosengarten massif, a difficult multi-pitch established 20 years earlier by his father with Oswald Celva. This ascent without a rope is undoubtedly one of the most important free solos of all time in the Dolomites. After his feat, Jonas confided to planetmountain.com that his ascent represented “an unforgettable moment in my life.”

At present words fail, all we can do is bid farewell in the local dialect. Pfiete Jonas!

Enterprise is Blooming: Report from The Nice Outdoor

Jackson, Wyoming, Gave This Photographer the House to Be Himself

the 9b/+ Erebor exploit interview

Cramerton storefront for arts and recreation to open on Friday

Faculty climbing membership is again at it | Sports activities